How minor hassles and uplifts throughout the day can contribute to stress levels. 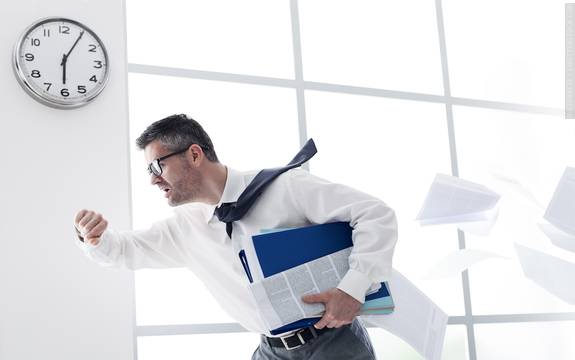 Research during the 1960s and 70s suggested that a significant source of stress was major life events, such as marriage or the death of a loved one. Holmes and Rahe (1967) argued that it was the upheaval caused by life-changing events, rather than the positive or negative nature of the events themselves, which was a cause of stress. They suggested that stress caused by changes could contribute to a person’s ill-health, and developed the Social Readjustment Rating Scale, which assigns life events a score according to its severity.

However, some psychologists questioned this method of evaluating stressful events. They believed that the rarity of such events could not account for the recurring stress that people experience on a day-to-day basis. Instead of looking at major, life-changing events, they emphasised the effect of relatively minor everyday occurrences, which a person may consider stressful. These daily hassles account for stressful events during a person’s commute, such as missing a train, or being late for work. They also account for the stress caused by minor tensions with relatives and peers, such as engaging in dispute with a spouse or co-worker.

Psychologists also recognised the effect of more positive minor events, or uplifts, on a person’s stress levels. They believed that such events could help to counteract the detrimental effect of hassles on an individual’s stress level. Such positive encounters could include managing to catch the last bus home, receiving praise from a teacher or manager, or enjoying an easy commute to work.

Anita Delongis and her colleagues conducted a study comparing daily hassles and uplifts with life events as measures of stress, and examined the way in which each type of event correlated with participants’ health. The researchers developed the Hassles and Uplifts Scale, which contains hundreds of daily events that could affect a person’s stress levels. Participants were asked to complete a questionnaire on a monthly basis to measure the hassles and uplifts that they had encountered. They were also asked to complete a life events questionnaire and a health-related questionnaire.

Delongis et al (1982) found that the hassles, as recalled by the participants, correlated negatively with their reported health. The study’s findings suggest that it is these hassles, rather than rare life events, which affect stress levels the most significantly over time.

By shifting the focus of research beyond the issue of major life events, daily hassles help to account for the influence that everyday experiences, however superficially inconsequential, can have on a person’s stress levels. Following Delongis’ initial research in the early 1980s, numerous studies have provided further evidence supporting the view that these comparatively minor events can lead to stress. Delongis’ findings suggest such hassles may be more closely correlated with stress than infrequent life events.

Furthermore, stress arising from the pressure of daily hassles may help to explain certain types of behavior. For instance, a 2008 study found that participants’ experience of daily hassles was associated with an increase in unhealthy eating behavior, such as snacking (O’Connor et al, 2008).

Delongis’ research into daily hassles has, however, been criticised for the methodology it used. Participants in the 1982 study were asked to report daily hassles by completing a questionnaire on a monthly basis. This longitudinal study provided a valuable insight into participants’ experiences of stress in their day-to-day lives. However, the interval between participants self-reporting daily hassles has led critics to suggest that the study’s reliance on retrospective data could have led to participants distorting their experience of stress. For instance, they may forget hassles which resulted in little stress, or misattribute stress to a specific hassle even though other factors were involved.

Given the extensive inventory of hassles included in the initial hassles scale, it was impractical to ask participants to complete the questionnaire on a more frequent basis. In 1988, Delongis produced a more concise version of the Hassles and Uplifts scale (Delongis et al, 1988).

Previous daily hassle studies have also attempted to establish the experience of a demanding situation as being a cause of stress. Instead, they reveal a correlation between daily hassles and stress, without proving a cause-and-effect link between the two. For example, a woman may report feeling stressed when delayed on her commute to work. Whilst she may attribute this to the delay, it may be that she would not have felt as stressed had other hassles prior to the delay not occurred.

A further criticism of daily hassles is that it assumes that individuals will respond to stress in a similar way.

However, people tend to cope differently in stressful situations, and a hassle which is a burden to one person may be experienced in a different way by another. Individual differences may be observed in the way that people adapt in stressful situations. For example, a man starting a new job may become stressed when he is assigned a heavy workload. However, someone who has previously worked in a more demanding position may perceive the workload to be less of a hassle.

Sources of Stress: Life Events
How the life changes caused by experiencing major events can affect stress levels.
10 Causes of Stress (and How to Avoid Them)
What events cause the most stress and how can we avoid them?
Flooding for Phobias
How flooding is used as a treatment for phobias.