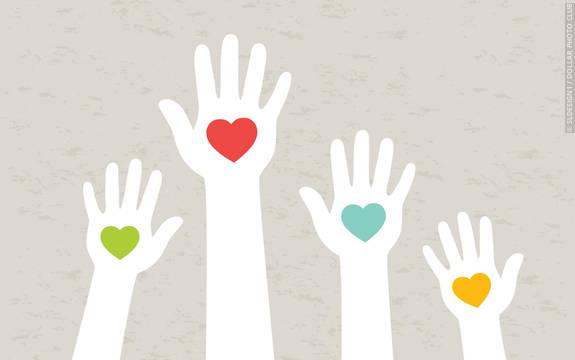 Attachment theory is a concept in developmental psychology that concerns the importance of "attachment" in regards to personal development. Specifically, it makes the claim that the ability for an individual to form an emotional and physical "attachment" to another person gives a sense of stability and security necessary to take risks, branch out, and grow and develop as a personality. Naturally, attachment theory is a broad idea with many expressions, and the best understanding of it can be had by looking at several of those expressions in turn.

Psychologist John Bowlby was the first to coin the term. His work in the late 60s established the precedent that childhood development depended heavily upon a child's ability to form a strong relationship with "at least one primary caregiver". Generally speaking, this is one of the parents.

Bowlby's studies in childhood development and "temperament" led him to the conclusion that a strong attachment to a caregiver provides a necessary sense of security and foundation. Without such a relationship in place, Bowlby found that a great deal of developmental energy is expended in the search for stability and security. In general, those without such attachments are fearful and are less willing to seek out and learn from new experiences. By contrast, a child with a strong attachment to a parent knows that they have "back-up" so to speak, and thusly tend to be more adventurous and eager to have new experiences (which are of course vital to learning and development).

There is some basis in observational psychology here. The baby who is attached strongly to a caregiver has several of his or her most immediate needs met and accounted for. Consequently, they are able to spend a great deal more time observing and interacting with their environments. Thusly, their development is facilitated.

Mary Ainsworth would develop many of the ideas set forth by Bowlby in her studies. In particular, she identified the existence of what she calls "attachment behavior", examples of behavior that are demonstrated by insecure children in hopes of establishing or re-establishing an attachment to a presently absent caregiver. Since this behavior occurs uniformly in children, it is a compelling argument for the existence of "innate" or instinctual behavior in the human animal.

Later in the same study, children were exposed to intentionally stressful situations, during which nearly all of them began to exhibit particular behaviors that were effective in attracting the attention of their caregivers – a keen example of attachment behavior.2

Early on, one of the primary limitations of attachment theory was that it had only really been studied in the context of young children. While studies of children are often instrumental in the field of developmental psychology, that field is ideally supposed to address the development of the entire human organism, including the stage of adulthood. In the 1980s, Cindy Hazan and Phillip Shaver were able to garner a lot of attention, then, when they turned attachment theory on adult relationships.3

In their studies, they looked at a number of couples, examining the nature of the attachments between them, and then observed how those couples reacted to various stressors and stimuli. In the case of adults, it would seem that a strong attachment is still quite important. For example, in cases where the adults had a weak attachment, there were feelings of inadequacy and a lack of intimacy on the part of both parties. When attachments were too strong, there were issues with co-dependency. The relationships functioned best when both parties managed to balance intimacy with independence. Much as is the case with developing children, the ideal situation seemed to be an attachment that functioned as a secure base from which to reach out and gain experience in the world.

One of the most common criticisms of attachment theory is that non-Western societies tend to offer up compelling counter-examples. For instance, in Papua New Guinea or Uganda, the idea of a child being intimately attached to a caregiver is somewhat alien, and child-rearing duties are more evenly distributed among a broader group of people. Still, "well-adjusted" members of society are produced, indicating that, at least in these societies, some other mechanism is acting in the place of the attachments that are so necessary for Western children.

Erikson's Stages of Human Development
Erik Erikson's theory of the stages of human development.
Developmental Psychology
Index of articles on developmental psychology.
Theories of Personality
How different theories explain the development of personality and individual differences.

Introduction to the sociocultural approach and an exploration of how our...