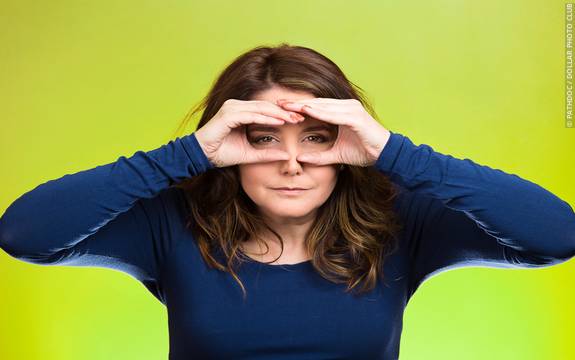 What observational psychology in particular has to say is that learning stems directly from the process of observation. Like behaviorism, it refutes an innate or instinctual basis for (most) human behaviors, and instead says that the combined forces of the behavior we witness and the culture we grow up in are responsible for the behaviors that we ultimately learn and manifest. Because observational psychology focuses so much on early childhood learning, it also has some bearing on developmental psychology – hence why it is called an "interdisciplinary" system.

At the center of observational psychology is the "social learning theory" put forth by Albert Bandura. Originally a researcher in support of the Behaviorist camp, Bandura was eventually somewhat instrumental in the popular shift from behavioral to cognitive psychology that began in the late 1950s in the United States. His "change of heart", such as it was, occurred after a famous series of experiments referred to today as the "Bobo doll experiments".

Studying a group of young children, Bandura found that after observing a video of one of his colleagues beating up a "Bobo doll" (a weighted inflatable doll designed to stand back up after it's knocked over), the children were prone to repeating that behavior themselves. Significantly, behavior of this sort was repeated even without reinforcement or even the suggestion of a reward.

For the first time, conditioning, whether classical or operant, was called into question. Perhaps there were other explanations for the genesis of behavior after all?

Social learning theory claims just that – that with sufficient observation, no conditioning or reinforcement schedule is needed for learning to occur. Instead, subjects acquire knowledge and display behaviors after undergoing a three step process of "observing", "retaining", and "replicating".

A Contemporary Issue in Observational Psychology...

Clearly, observational psychology is still very much a relevant field of study. Consider all the talk just this decade about violence in the media and what effect, if any, that violence has in influencing the behavior of children who are exposed to it. The ramifications of such a question are important to all of us. Over just the last few years, our society has seen the installation of V-Chips in televisions to help parents control their children's viewing, as well as the institution of stringent rating systems in music, television, and video games.

Much of this reaction stemmed from research conducted by observational psychologist Otto Larson. In 1968, Larson conducted several studies of young children's television programming and found that a full 56% of the time, the heroes in those shows achieved their goals through acts of violence. While it's largely undetermined whether or not exposure to such programming is sufficient to cause replication of the behavior, this was nevertheless a very popular study with a lot of popular support.

When observational psychology is described as an interdisciplinary field, it means in part that the foundation of the field itself is still in flux somewhat. The findings of those working as observational psychologists have yet to be codified, even though, taken separately, they have a great degree of institutional support.

Cecilia's study was meant to determine whether or not the human agent was a significant factor in observational learning. To achieve this, she conducted experiments where some subjects were made to observe humans interacting with objects, and others were made to observe those same objects being remotely manipulated by robots. Though the objects were manipulated in the exact same ways, the subjects who saw the human interaction were much more prone to repeating the behavior when they were exposed to the same object. This is called the "ghost condition" – a principle which scientifically reaffirmed the importance of the human agent in observational learning.

This is important to the question of whether violence in the media affects those who view it. It would seem that, in cases of obvious detachment from reality, such as cartoons, there is little danger of children repeated observed behavior. Naturally, the finding has implications beyond just this question, but the study nevertheless remains a great example of observational psychology interacting directly with the issues we face as a society.

Overview to Rational Emotive Therapy as a treatment in psychology. Includes...