Overview to Rational Emotive Therapy as a treatment in psychology. Includes explanations of different developments in the RET field and an evaluation of the treatment. 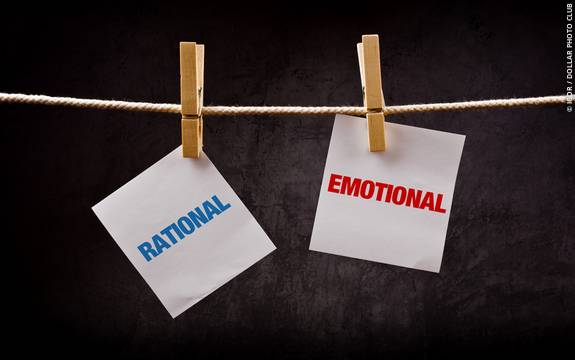 Rational Emotive Therapy, sometimes called Rational Emotive Behavioral Therapy, is a form of therapeutic psychology that emerges from behaviorism. It attempts to use reason and rationality to recognize self-defeating cognitive processes, and learn to emote more appropriately. Effectively, the idea is that subconscious destructive behaviors are consciously acknowledged and then subverted in favor of more constructive behavior.

The basic idea behind rational therapy, as it was originally called, was first developed by Albert Ellis in the 1950s. Although Ellis had originally done work in the field of Behaviorism, he would later become convinced of the causal nature of cognitive processes. Specifically, he would develop a model of behavior that involves a continuous interplay between environment and the internal mental state.

In Ellis' view, one's cognitive processes including one's view of life and one's expectations of the world, determine the ways in which one interacts with life. For example, a depressed person might deal with others with a defeated attitude, whereas a non-depressed person might deal with others more confidently and charismatically. Unfortunately, when interactions go poorly (as a result of the attitude with which they were undertaken), that poor outcome can reinforce the problematic attitude, making the issue worse in the future.

For Ellis, the acronym "ABC" offered insights into how to overcome self-defeated behaviors and cognition. The "A" here stands for adversity, which can mean the everyday obstacles and difficulty that everyone is forced to deal with just as a consequence of interacting with the world. The "B" stands for belief, and concerns whether or not the individual in question believes that a positive outcome is possible, or whether or not the adversity really can be overcome. The "C" represents the consequences that arise as a result of the belief. Generally speaking, an individual undergoing some form of rational therapy would be taught that having negative beliefs reinforces and contributes to negative outcomes, and that having positive beliefs about confronting adversity naturally leads to good results.1

One of the primary goals of rational emotive therapy is to achieve a state of "mental wellness". Whereas other forms of therapy might have goals such as unearthing repressed psychodynamic conflicts, or identifying periods of intense distress that occurred earlier in life, the idea here is somewhat more abstract, and definitely more "curative".

For the rational emotive therapist, the goal to achieve is a state wherein the client is able to emote and behavior in a manner that is more constructive and perceptive, and permits them a better quality of life. In other words, the goal is to diminish or even totally eradicate the self-destructive beliefs and cognitive processes that lead to disappointing or upsetting interactions with the world.

For many in the field, the key to this goal is a concept known as "unconditional positive regard". The idea is that one treat themselves with a general sense of goodwill and positivity, regardless of any conditions or circumstances. This doesn't mean, naturally, that one avoids self-criticism altogether, but rather simply that one should generally feel as if one is in control of one's life, and that one has the capability to do things well and achieve positive outcomes in the face of adversity.

"Mental wellness", as the rational emotive therapist views it, was introduced as an important concept to the field fairly recently, by the founder himself, Albert Ellis.2

Joe Gerstein, the founder of SMART Recovery, attempts to identify the self-destructive beliefs that "sabotage" client's interactions with the world, and to help them readjust their expectations and approach to life. Billed often as a secular alternative to Alcoholics Anonymous and similar twelve step programs, SMART Recovery has met with its share of success.

Rational Emotive Therapy, like most cognitive behavior therapies, has met with a great deal of criticism over the years. For example, many claim that the discipline as a whole is too rational, and that it "overlooks the emotions". For founder Albert Ellis, this is an absurd proposition. Ellis holds forth that emotion and thought are intricately related to one another, and that one can't divorce one from the other. In other words, by increasing one's rationality, one controls one's emotional problems.

Additionally, many have indicated that rational emotive therapy tends to have the most success when dealing with depression or any of the varying neuroses. By contrast, psychotic disorders such as schizophrenia have proven much more resilient. In fact, there is very little evidence that behavior-oriented therapies such as this one have any impact at all upon schizophrenia.

Introduction to reductionism as a technique in psychological research.