What is Environmental Psychology? Find out with this introduction of the approach, overviews of behavior settings, attention restoration theory and defensible space theory. 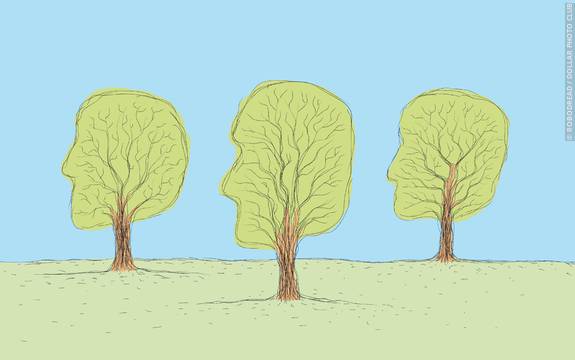 Environmental psychology is an interdisciplinary field that attempts to study the interplay between environment and psychology. The term "environment" here is often used somewhat loosely, and environmental psychologists might study a broad range of topics, such as how architecture affects behavior, how environment in the sense of family life or neighborhood culture affects behavior, or even how city planning on the macro scale can affect behavior. Ultimately, it's about how we interact with the world in which we live, and all the different ways in which those interactions shape our psychology.

Being that this is an interdisciplinary field, perhaps the best way to get a handle on it as a whole is to have a look at some of the diverse studies that have taken place under the banner of "environmental psychology".

Harold Proshansky is, for many, considered to be one of the founding fathers of environmental psychology. He was the first to codify many of the tenets involved in the discipline, and also among the first to put forth the hypothesis that environment directly influences behavior in a predictable way. When he first did so, however, environmental psychology met with some resistance. Many detractors claimed that it was a "problem-oriented" discipline, which could only offer insights into why people suffer, with no prescriptive capacity to solve those problems.

Proshansky vehemently disagreed with this conception, calling environmental psychology a "value oriented" discipline. According to him, valuable observations made in the field must be made in real life. One has to observe people acting within the context of a particular environment, which involves a great deal of hands-on field work (as opposed to controlled lab experimentation). The direct interaction with people, for Proshansky, ensures that the discipline remains focused on actually delivering help to those people.

Roger Barker was one of the more theoretical personalities to emerge in the field of environmental psychology. He is famous for introducing the idea of "behavior settings" into the field, a concept that is now fundamental to the discipline as a whole. In his landmark study, "One Boy's Day", he documented a day in the life of several young children, observing how, even without prompting, their modes of expression and outward behavior seemed to change dramatically as their environments changed.1

In other words, the children in his study behaved one way at home, one way when walking to school, another way at school, even more differently at church, and so on. What his observations revealed is that children seem to unconsciously manifest different coping strategies and behaviors purely on the basis of environment. Something about the austere architecture of school and church is sufficient to establish a feeling of reverence and quietude, whereas the chaotic openness of the playground brings about feelings that are quite different. This "behavior settings" study was one of the first major scientific discoveries within the field.

Two researchers working in the 1980s, Rachel and Stephen Kaplan, would expand upon Barker's findings with their "attention restoration theory". In their studies, they realized that outdoor natural environments seemed to encouraged more calm and attentive behavior than enclosed spaces, over time. They observed, for example, office workers who began their day with a feeling of intense focus directed towards their work.2

Over time, however, that focus began to wane as a natural consequence of the effort required to maintain it. Those workers who took a break outside or had some interaction with nature recovered much more quickly than those who took a break in some enclosed space with unnatural lighting. This was yet another important study as it offered more scientific proof of the effect that environment can have upon behavior, and basic cognitive processes themselves.

The findings of their study can be generalized quite broadly, and you've probably experienced some evidence of this trend yourself. When you're studying or doing some other task that requires attention, don't you find yourself able to work better with an open window nearby, and a view to occasionally get distracted by? According to the Kaplans, this is because the natural world demands an "effortless attention", a gentle and directionless exercising of the attentive faculties unaccompanied by the goal-oriented demands of work (directed attention).

Ever heard of the idea of "personal space" before? Most people experience a sense of discomfort if others, especially strangers, stand too close to them, or speak too aggressively. According to environmental psychologist John Calhoun, this is because, in order to avoid stress, a person needs a "defensible space" of some sort. It's important that this space feel inalienable, as this offers a sense of security and comfort that is necessary for confident action.

Calhoun first set forth this idea after a careful study involving rats. He kept large numbers of rats in a variety of environments, some of which were wide open areas and others of which were broken up into individual rooms. When the rats were forced to congregate in large numbers without any of them having a "defensible space", anti-social behavior manifested very quickly, including fights between rats and a high rate of infant mortality. By contrast, the rats who had a defensible space lived in relative peace and calm, even when their numbers were very high.

If the claims of environmental psychology are true, then this information can be generalized to the human animal, and reveals interesting things about the effect our environment has upon our psychology. For example, if we live in a crowded building without adequate access to privacy, we tend to feel stressed. While this may be obvious in some ways, finding out the specific ways in which environment impacts us can be critical when designing high-residency dwellings such as inner-city apartment buildings. If such designs are mishandled, it could even lead to feelings of stress and animosity being unduly generated. In this sense, the findings of environmental psychology have the potential to enact a major impact upon the way we live.

Sociocultural Approach
Introduction to the sociocultural approach and an exploration of how our culture influences the way in which we learn and think.
Cultural Differences in Psychology
How cultural differences can affect our perception and behavior.
Conditioning
What is conditioning? What Pavlov's dogs experiment teaches us about how we learn.