Ingratiation as a Persuasive Strategy

How ingratiation techniques such as self-presentation and likability are used to persuade people. 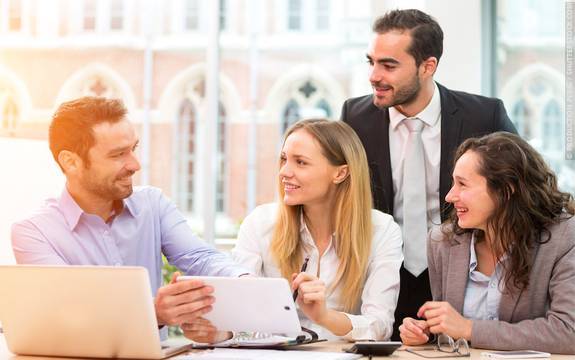 Ingratiation is a persuasive technique which people used to appear more amiable to another person or group, so that they might accept them and comply with their requests.

Ingratiation can be planned (e.g. inviting a boss to dinner in an effort to secure a pay rise) but is commonly used in the course of everyday social encounters as a means of gaining the favor of friends and family, or to persuade colleagues and strangers to agree to a request.

For example, a student moving to a new school might hold open the door for classmates in the hope that he will be liked, and perhaps be received into their group of friends.

Campaigning politicians visiting a city to deliver a speech prior to an election will also try to ingratiate themselves with the audience in an effort to win their votes, complementing the region and its residents. They might begin a speech with:

“Thank you for welcoming me to your city. My family and I have enjoyed many a great weekends here thanks to your kind hospitality.”

The politician demonstrates a personal commitment to the region, having visited it “many” times previously, and compliments the residents’ “kind hospitality”.

Ingratiation as a compliance strategy was first identified by Edward E. Jones, a social psychologist working at Duke University, in his 1964 work, Ingratiation: A social psychological analysis. Jones believed that by demonstrating an interest in the other person and showing that their opinions are valued, as well as enacting positive self-presentation, someone is more likely to be able to persuade another person to agree to a request or favor (Jones, 1964).

One form of ingratiation involves demonstrating that you admire and respect a person, and that you value their opinions.

Pro-social behavior, such as acknowledging a person when they enter a room, helps to demonstrate that you value their presence. Even small gestures, such as greeting colleagues with a ‘Good morning’ at the start of the working day, smiling when greeting a person and maintaining regular eye contact with the participants of a conversation, can help to make a person feel respected and more inclined to reciprocate the goodwill.

Similarly, we all love to hear the sound of our own name and remembering a person’s name can also help to gain their favor. Making the effort to remember names has even been shown to help school teachers to increase compliance rates of students when requests were made after they had recalled their names (Howard et al, 1995).

Another form of ingratiation is building the esteem of a subject, often through flattery - complimenting the positive qualities of their personality or behavior. People appreciate when others notice their work the effort that they have made - if a colleague has tried to help you, be sure to thank them, and if they have carried out a job well, let them know that you noticed.

Flattery has been found to be an effective ingratiation strategy even when it has been recognised by a person as an attempt to manipulate them. For instance, a store checkout assistant may compliment you on your choice of product at the till, and you will recognise the insincerity of the comment, but the effect of the goodwill will persist (Chan & Sengupta, 2010).

Miscalculated or obvious compliments can, however, be counterproductive in gaining a person’s favor. When complimenting someone, it is important to be aware of the slime effect, whereby a person who flatters his or her bosses but is critical of, or disrespectful towards, subordinates may be viewed negatively by colleagues (Vonk, 1998).

Many people are incredibly concerned with the impression that they make on others and are keen to make a positive first impression with strangers. Such reputation management is yet another ingratiation strategy: by placing emphasis on our positive attributes rather than our weaknesses, people try to present their most amiable qualities to others, in order to gain their favor.

People have been found to show bias towards people with whom they are familiar - their in-group - rather than to strangers, who occupy their out-group. This in-group bias can lead to a person complying with in-group requests and agreeing with the opinions of friends and family, discounting out-group ideas simply because they are unfamiliar. As a compliance strategy, it therefore can be beneficial to make a request as a member of a person’s in-group rather than as an outsider.

Conforming with the social norms and the attitudes of a person’s in-group is one method of ingratiating yourself with them. Let a person know that you share, or at least understand, their opinions and values. Find common ground: identify shared interests, such as bands, restaurants or hobbies. If you met through a friend, use this mutual acquaintance to find further areas of commonality.

People also adjust they way they speak to emulate the speech patterns of other participants in a conversation in an effort to appear to assimilate with the group. Identifying the vocabulary and phrases that a group commonly uses, and conforming to these nuances of expression, can help you to be accepted as belonging to that group.

Letting a person know that you agree with them can encourage compliance later on. A 2012 study found that employees who express a shared opinion with their bosses, rather than holding an independent standpoint, tended to be preferred by them and stood to benefit from this ingratiation (Robin, Rusinowska and Villeval, 2012).