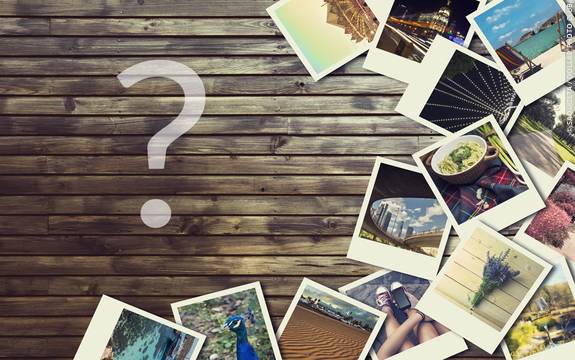 You may take it for granted that the person whose memory you can trust the most is your own.

Yet, psychologists have found that our recollection of everyday events may not be as dependable as we would believe. Moreover, even once information has been committed to memory, it can be altered. Our recollection of memories can be manipulated and even entire sets of events can be confabulated (Coan, 1997).1

False memories have been investigated by psychologists as early as Freud but have attracted significant attention in recent decades. Our recollection of past events can affect not only our future decisions and opinions but also more significant outcomes, such as court verdicts, when influenced by inaccurate eyewitness testimonies (Loftus, 1975).2

In this article, we will look at how false memories are created, the impact of questioning, language and other factors on our recall and the real life consequences of false memories.

Many of us experience false memories without even realising:

Imagine that you are walking past a person in the street and see them clearly for only a split second. Once they are out of view, you might note that they were carrying a satchel. But what color was it?

But then self-doubt sets in:

"Or was it the person's coat that was green - wasn't the bag blue? Yes, it was an eggshell blue. I remember now," you may ruminate.

Once you have suggested to yourself this alternative, a false memory may develop and your recollection of events can become skewed.

False memories are a normal occurrence and they will generally have little impact on our lives. In rare cases, however, a false memory can bother a person.

A person may come to believe the traumatic details of a false memory and it can then affect them in their ability to function as normal in everyday life. In such severe cases, the experience has been labelled as false memory syndrome, although there is some doubt as to its existence as a condition.

You can, however, experience and believe false memories without suffering from false memory syndrome. You might recall a previous holiday and idealize it - look at it through 'rose-tinted glasses', and remember spending all of your time on a sunny beach. You overlook the stress of the flight, finding your hotel and the days that it rained. Your memories in this case do not entirely reflect reality, but you do not suffer as a result of them.

Although they are referred to as 'false memories', often our memories are distorted only when we attempt to recall them. Perhaps the best known examples of this are two experiments using leading questions, conducted by U.S. psychologists Elizabeth Loftus and John Palmer in 1974.3

In the first experiment, Loftus and Palmer (1974) showed different videos of a car collision to different participants. Some saw a video of the car crashing at 20mph, others a video of a collision at 30mph and the rest a video of a crash at 40mph.

The participants were then asked the speed of the collision in a survey question. The question was identical for each participant except for the verb mentioned when describing the crash. Some verbs suggested that the crash was a minor collision, others a full-blown crash.

The experiment results showed that the verb used to describe the crash had more effect on the speed estimated than the actual speed of the car that the participants witnessed in the video.

In a second experiment, participants were shown similar videos of a car and later questioned about what they had witnessed. The question asked the subject whether or not they had seen any broken glass following the collision, and again, the verb describing the collision was altered to suggest varying degrees of severity.

The researchers found that the more serious the accident seemed in the question wording, the more likely participants were to recall having seen broken glass around the car.

Both studies suggest that the framing of questions following an event can affect our recollection of it, even after it has been remembered. Even seemingly slight changes, such as verb alterations in Loftus and Palmer's experiments, can create false memories of events. In fact, Loftus found in a later experiment that even the switching of 'a' and 'the' in a question can influence respondents' recollection of an object.

Loftus, Miller and Burns (1978) showed participants a number of slides of a car at a junction. They were later questioned regarding the scene. Some were asked whether they had seen 'a' stop sign, others 'the' stop sign. Lotus et al found that those participants asked about 'the' stop sign were more likely to recollect it than other group. The use of the definite article seems to assure people that an object exists without them needing to question its accuracy.4

All of these experiments support Loftus' misinformation effect on our memories - the manipulation of past event recollection by misguidance following it; a case of what the German psychologist Georg Müller (1850-1934) may have identified as retroactive interference of information on our memories (Lechner, Squire and Byrne, 1999).5

We have learnt from these experiments that our memory cannot necessarily be relied on for the recollection of specific details of an event. But we would know if we had been lead to believe that an entire event had been suggested to us - or would we? This question was answered by one of Elizabeth Loftus' psychology students in an experiment to gain extra credits at university:

James Coan (1997) produced four booklets containing recollections of events from childhood and gave each to a family member. The stories in the booklets were true except for the one given to Coan's brother - a description of him being lost in a shopping mall as a child, an older man finding him and him then finding his family again.1

Each family member was asked to read through the booklets and familiarise themselves with their contents, after which they were asked to recall the stories. Coan's brother recalled the story with additional details invented by himself, and was unable to identify his as being the falsified story.

This lost in the mall technique of implanting false memories was further tested in a formal experiment with Loftus and Jacqueline Pickrell (Loftus and Pickrell, 1995), and shows how we can even adopt rich false memories that are entirely invented.6

Researchers conducting experiments involving human memory often need to implant invented information and use the Deese-Roediger-McDermott paradigm to create false memories. This involves reading a list of related words to a person (e.g. 'sun, hot, relax, beach, tan, after-sun') and asking them to recall them. It has been found that people will often recall false memories of words which are semantically linked, such as 'holiday' or 'sunbathing', rather than the actual words that had been given to them (Roediger and McDermott, 1995).7

One use for the Deese-Roediger-McDermott paradigm was when researchers at the University of Virginia sought and answer to the question: can your mood affect how receptive you are to false memories?

The discovery of false memories has had wide-reaching implications, particularly in court cases, where accurate eyewitness testimonies are essential. Factors such as the presence of a weapon when a crime is being committed can affect our ability to recall events clearly. Johnson and Scott (1976) demonstrated this with two groups of participants. Each group was asked to wait in a room. The first group heard a conversation in a nearby room, and saw a man leave the room with greasy hands holding a pen. The second group heard an aggressive argument and then witnessed a man exit the room holding a bloodied knife. The participants were then asked to identify each man from a lineup of photographs.9

Members of the first group, who did not witness a weapon, were more likely to be able to correctly identify the man than the group who saw a weapon.

One argument arising from this would be that where a witness gave testimony regarding a defendant who they said had a weapon, the accuracy their recall may be questioned with reference to the effect of weapon focus.

It has also been suggested that in cases such as those involving sexual abuse, in which historic events must be recalled, the techniques used to help a person to recall events may in some circumstances generate false memories.

Hypnosis, for example, which uses suggestions and visualization to induce a trance, could inadvertently interfere with the recall process. For example, Susan Clancy (2005) noted that prior to hypnosis, people who claimed that they had been abducted by aliens did not possess detailed memories of the experience.10

The debate and research regarding false memories and memory recall continue today, demonstrating the fluidity of our memories, reminding us many factors can affect our ability to recall events even after they have occurred. Psychologist Elizabeth Loftus, who lead some of the first research into false memories, has since testified in hundreds of court cases with regards to eyewitness testimonies and an increased focus on the issue has lead to an improved understanding of the techniques used to recover memories.