People's ability to identify a face may be influenced by subjects' eye gaze direction, according to a new study. 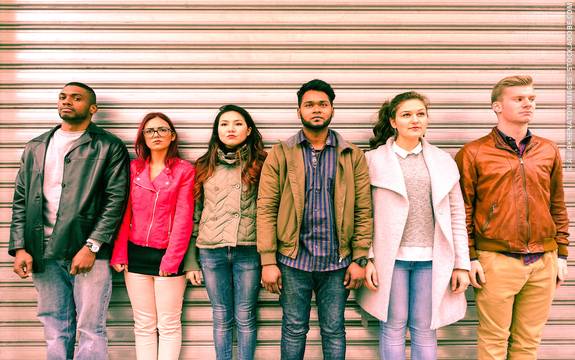 How confident do you feel that you could correctly identify faces that you have seen previously, in a line-up?

The assumption that we rely solely on facial features to identify people may be misplaced, according to a new study. Researchers at the University of Sydney found that facial recognition depends, in part, upon the direction in which the person being identified was originally looking.

Dr. Jessica Taubert, a post-doctoral researcher at the university’s School of Psychology, co-authored the study. Taubert has previously published papers looking at the human ability to identify faces, as well as facial attractiveness.

Writing in the journal i-Perception, the researchers emphasized the importance of facial recognition in not only recognizing people during our day-to-day activities, but also in situations where a person’s freedom depends upon accurate facial identification. In identity parades, for instance, a witness’s confidence that a defendant was present in a line-up can influence the outcome of a criminal trial. In such circumstances, accurate facial identification can be crucial to the result of the trial.

Taubert conducted 3 experiments to test the impact subjects’ gaze direction had on witnesses’ ability to identify them later on. In the first experiment, 27 undergraduate students between the ages of 22 and 34 were asked to undergo a “learning phase”. During this period, they were shown short, silent videos from a collection of 96 YouTube clips. The videos featured beauty vloggers introducing various make-up techniques to the viewer. The clips were selected so that, in each film, the vloggers were either gazing to their left, to their right, above the camera or straight ahead, towards the viewer.

During a later “test phase”, the students were shown a virtual line-up of faces. They were presented with 4 grayscale photos of faces and asked to identify the face if the presenter was amongst them, or to state that the person was absent from the line-up.

The direction of a person’s gaze is often linked to the direction that they are also facing. As a result, a person looking to their left may also tilt their head in the same direction, altering the side of the face that a viewer sees. Could this explain participants’ over-identification of faces gazing towards them?

caused by viewing angles, rather than gaze. As in the first experiment, participants were asked to identify faces. However, frames were extracted from the videos when the presenter was blinking, thus enabling the researchers to show some students a line-up of faces where the presenters’ eyes were closed.

According to the experimenters, “The data across three experiments provide a clear indication that when the direction of gaze differs among the faces presented in a simultaneous lineup, faces looking directly at the participant are more likely to be selected.”

They suggest that participants in identification procedures gaze in the same direction in order to avoid a bias toward faces making direct eye contact.

“It is a simple physical attribute that, with very little effort, can be standardized among a group of people and, thus, neutralized as a contributing factor to misidentification error.”

False Memories
How false memories are created and can affect our ability to recall events.
Multi-Store Memory Model
How does our memory function? Find out the stages of remembering.
Working Memory Model
A theory on how our memory 'works' to remember things in different ways.