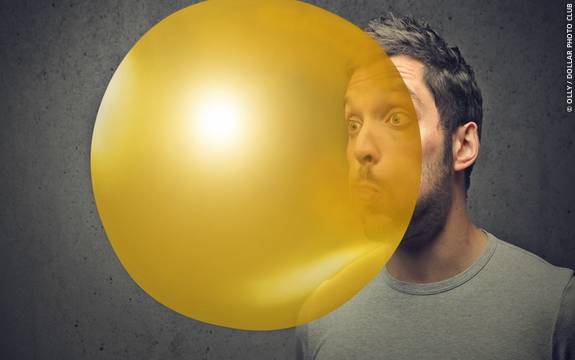 What sounds like an urban myth has been proven by researchers at the University of Northumbria...

Research conducted at the University of Northumbria in Newcastle, England has linked our ability to remember chunks of information to chewing gum. 75 participants in the study were asked to take part in a 20-minute memory test in which:

Researchers found that recall was improved by 35% among participants who chewed gum, most significantly in delayed word recall tests; perhaps indicating possible benefits for students revising for, and taking exams, chewing gum.

In a more recent experiment, Edward McLaughlin (2007) repeated the study with Wrigley's 5 gum at Cornell University and found similar improvements in recall and concentration among participants.

So, how does chewing gum help me to remember?

There are a number explanations for the link between recall and chewing gum:

Aside from these studies, chewing gum while taking in information, and chewing again at the time it needs to be recalled, such as in an exam, may aid in a memory association between the action or taste of chewing gum and the information being remembered.

Memory and Association
Has someone you know approached you in the street, and, try as you might, you just could not remember this person's name? Put names and faces together and don't forget names again with this associative memory technique.
Multi-Store Memory Model
How does our memory function? Find out the stages of remembering.
Working Memory Model
A theory on how our memory 'works' to remember things in different ways.