Explanation of the Zeigarnik effect, whereby interruption of a task can lead to it being remembered in more detail. 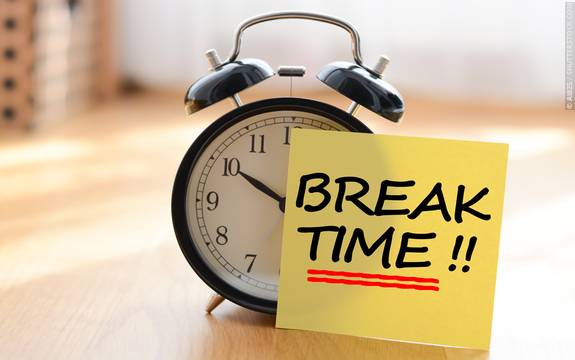 Your own experience of revising for exams might tell you that sessions of uninterrupted concentration can help you to better remember key pieces of information. Indeed, many students will engage in periods of “cramming” - intensive revision just before a test - in the belief that essential subject facts and figures will be memorized ready for exam day.

However, this commonly held wisdom has been contradicted by an observation made in a psychological study. Now known as the Zeigarnik effect, it was found that interruption during a task that requires focus can in fact improve, rather than heed, a person’s ability to remember it afterwards.

This unexpected effect has implications for the techniques that we might use to learn and to recall important pieces of information.

Discovery of the Zeigarnik Effect

Lithuanian psychologist Bluma Zeigarnik observed the effect of interruption on memory processing in 1927. Whilst studying at the University of Berlin, her professor, Kurt Lewin, had noted how waiters in a cafe seemed to remember incomplete tabs more efficiently than those that had been paid for and were complete. This appeared to suggest that the mere completion of a task can lead to it being forgotten, whilst incomplete tasks, such as serving guests a table who had not yet finished their meal, helped to ensure the waiter remembered their order.

Zeigarnik decided to test this hypothesis in an experimental setting, and published her findings in “On Finished and Unfinished Tasks” in 1927. In the experiment, she asked each participant to complete a series of separate tasks, such as solving a puzzle or assembling a flat-pack box. During around round half of the assignments, participants were subtly interrupted by the experiment supervisor, whilst the during the remaining tasks, they were allowed time to complete them uninterrupted.

Following the experiment, Zeigarnik interviewed each participant, asking them to recall details of each task that they had attempted. The results were surprising, but appeared to confirm Lewin’s initial observation of the effect of interruption on waiters’ memory retention.

Zeigarnik’s initial findings revealed that participants were able to recall details of interrupted tasks around 90% better than those that they had been able to complete undisturbed. (Zeigarnik, 1927).1 These results suggest that a desire to complete a task can cause it to be retained in a person’s memory until it has been completed, and that the finality of its completion enables the process of forgetting it to take place.

If accurate, this supports our understanding of memory function, in that the active rehearsal of information enables its retention, whilst information that is not rehearsed is more likely to be discarded. This feature of memory rehearsal is key, for example, to Baddeley and Hitch’s Working Memory Model.

Bluma Wulfovna Zeigarnik was born in Prienai, Lithuania in 1901. Meningitis blighted her studies as a child, but in 1922, she managed to enrol at the University of Berlin. Completing a doctorate in 1927 under the supervision of psychologist Kurt Lewin, she continued to work at the university and published the paper “On Finished and Unfinished Tasks” - findings of which would later become known as the Zeigarnik effect.

Zeigarnik became a member of the influential group of academics known as the Vygotsky Circle, named after its leader, the Russian psychologist Lev Vygotsky (1896-1934). She died in Moscow in 1988 aged 86.

The Zeigarnik effect would be of limited use if it could not be replicated, and so numerous studies have been carried out since Zeigarnik’s publication in an attempt to replicate her findings. These studies have provided mixed results, but lend some support for her original claims.

British Psychologist John Baddeley, who would later develop the Working Memory Model with Graham Hitch, carried out an experiment in 1963 in which participants were asked to solve a set of anagrams, each within a set time frame. Were they unable to solve the anagram in time, they would be given the solution. When he asked participants to recall the word solutions, he found that participants were more likely to remember the anagrams that they had not solved than those that they had completed, supporting the case for the Zeigarnik effect (Baddeley, 1963).2

In another study, U.S. psychologist John Atkinson focussed on motivational aspects of task completion. He too observed the Zeigarnik effect in memory recall, but noted that remembering of unfinished tasks was also influenced by individual differences among participants. Atkinson noted that those subjects who approached tasks with a higher motivation to accomplish them would be more affected by those that they had been unable to complete and would be more likely to remember them. By contrast, if a participant was less motivated, the incomplete status of a task be of less concern and so less memorable to them (Atkinson, 1953).3

The Zeigarnik effect was an interesting observation when its namesake popularised it in 1927, but how can our knowledge of it be applied in everyday situations? Can the effect of task interruption be used in a positive way, such as to aid memory retention?

Whilst research into the application of Zeigarnik’s findings to better remember is limited, one way of employing the Zeigarnik effect when attempting to memorise a detailed piece of information, such as a long phone number, or whilst revising a subject, might be to avoid trying to remember it in its entirety in one sitting.

Take a look at the information, familiarise yourself with it, then ‘interrupt yourself’ - look away from where it is written for a few moments and think of something else, before returning a few more times to remember chunks of the number. Finally, piece these chunks together and attempt to recall the number in its entirety.

Could the Zeigarnik effect be applied by marketers to encourage consumers to absorb branding and messages in advertisements?

In 1972, James Heimbach and Jacob Jacoby suggested in a paper that the “jingle” in some advertisements may play on the Zeigarnik effect, as viewers would be compulsed to hear a musical section to its natural conclusion. Therefore, they hypothesised that audiences would be more likely to hear out an ad’s content if accompanied by a recognizable jingle that that felt the need to hear the end of than if it was unaccompanied. Moreover, they proposed that hearing just a section of a familiar advert could encourage audiences to remember it. In a series of experiments, they tested these hypotheses by constructing videotapes of television programs interspersed with various complete or incomplete commercials and tested viewers’ recall of the advertisements after watching the tapes. It was found that highly motivated participants (those whose “need for achievement” had been measured as being high) demonstrated the Zeigarnik effect in recalling adverts with a jingle. Furthermore, an interruption, especially towards the end of the commercial, prompted better recall of advertisements, supporting the influence of the Zeigarnik effect in viewer’s recall of commercials (Heimbach and Jacoby, 1972).4

Working Memory Model
A theory on how our memory 'works' to remember things in different ways.
Multi-Store Memory Model
How does our memory function? Find out the stages of remembering.
Memory Psychology