Overview of the humanistic approach in psychology. Includes related studies and evaluations of the approach. 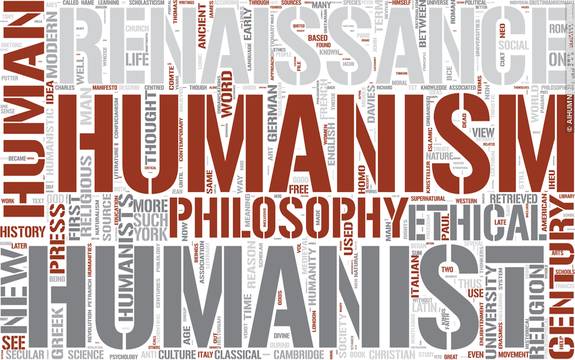 Introduction to the Humanistic Approach

The humanistic approach in psychology developed in the 1960s and 70s in the United States as a response to the continual struggle between behavioral theorists and cognitive psychologists. The humanists brought in a new perspective, believing that the study of psychology should focus not just on the purely mechanistic aspects of cognition, nor purely on the impact of environment on behavior, but rather felt that the emphasis of psychological study should be on the particulars of human experience.

For the humanist psychologist, the goal of psychological study isn't so much the total understanding of human behavior, but rather the ability to help people deal with life more successfully. In this sense, it is a highly therapeutic approach, as opposed to a purely theoretical one.

The humanistic approach has its roots in existential philosophy. Throughout the latter half of the nineteenth century and the first half of the twentieth century, philosophers such as Kierkegaard, Camus, and Sartre began to view the condition of man's existence on earth as somewhat "absurd". In an increasingly post-Christian European society, they felt that man had finally reached a state in which an honest appraisal of reality would give one the impression that the universe was neither benevolent nor malevolent, but rather totally indifferent to the trials and tribulations of humankind. Instead of reacting to this news depressively, however, the existentialists felt empowered with a sense of freedom and personal responsibility.

Humanistic psychology takes its approach from this philosophy, attempting to help people come to terms with their often painful existence in the world by accepting the responsibility of their existential freedom.

One of the first major proponents of humanistic psychology was Abraham Maslow. Coming from a background of developmental psychology, Maslow attempted to develop a theory by which to explain the diversity of human needs and motivation. In the course of his studies, he was able to develop a model to express these needs that has since become quite popular across the world, being referred to as either the "hierarchy of needs" or sometimes "Maslow's Pyramid".1

For Maslow, the goal of any human being is to reach a state of "self-actualization" in which all their needs are met and a state of contented happiness is achieved. However, these needs must be met in a particular order. The base of the pyramid shows the physical needs that all humans share, such as the need to eat, drink, have shelter from the elements, and so on. According to Maslow, higher forms of happiness are not achievable so long as these needs are not met.

Moving up the pyramid from there, one must have safety needs met, then one must feel love towards and from his friends and family. After this, one must receive self-validation and a feeling of self-worth from one's self. Lastly, a state of self-actualization and creative work is possible. However, if any of the levels of the pyramid goes unfulfilled at any time, the subject must return to that level. In other words, self-actualization isn't a permanent state, but rather a continuous battle. The primary idea to retain from this model is that human motivation is complex, and while working towards the primary goal of self-actualization, their particular needs and pursuits might change dramatically.

For other thinkers like Rollo May, the problem was less with deciphering human behavior and motivation and more with simply helping humans exist in a state of existential crisis. Like many philosophers and psychologists with existential leanings, May felt that the absence of an innate moral structure in the universe usually led to people experience anxiety and distress because their expectations of the universe were simply not being met. His school of existential psychology is intended to deal with exactly this, the problems that arise from human consciousness working against the problems inherent in existence.

Generally speaking, the problem for May is that most people feel as if the universe is either against them or on their side, and they approach life accordingly. Since this is not reality, May's therapeutic approach was to attempt to help people accept the coincidental and "meaningless" state of their existence by demonstrating that freedom was the natural consequence of this meaningless state, and that the lack of a prescribed fate was a cause to be celebrated rather than feared.

Carl Rogers and Unconditional Positive Regard

Carl Rogers was another of the important figures in early humanistic psychology. He was the first to advocate for the importance of "unconditional positive regard", a way of viewing one's self in which one is unconditionally positive and accepting, maintaining the right to be critical without being judgmental or overly harsh. For Rogers, this state of positive regard towards one's self was essential to psychological development, and in maintaining strong personal relationships.

Therapeutically, Rogers believed in a client-directed approach to matters. In a therapy session, he would simply listen non-judgmentally and allows his clients to speak about anything they wished, reasoning that with a little bit of guidance, people had the intelligence and self-awareness to direct their own progress towards wellness. This degree of "patient control" in clinical practice was revolutionary in the realm of psychology, and in the realm of humanistic thought in general.

Evaluation of the Humanistic Approach