Overview of developmental psychology, including related theories and an evaluation. 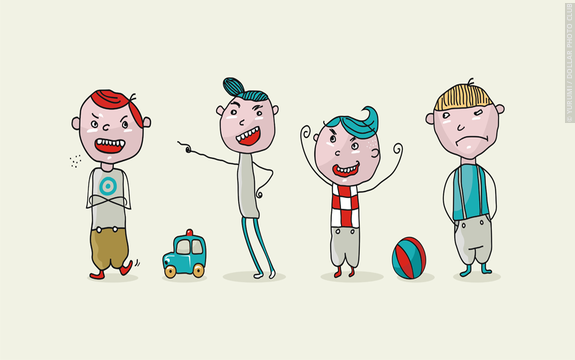 Developmental psychology is a branch of psychology that attempts to explain the development of humans over time, both in the micro sense, as they develop from babies to mature adults, and in the macro sense, as the culture itself evolves through the years and decades.

It should be noted that it's difficult to make broad claims about developmental psychology because it is effectively an umbrella term used to describe a number of disciplines all focused on the same goal. These disciplines, however, are often quite diverse, and can seem rather dissimilar from one another in all respects except their shared purpose.

This being the case, a good understanding of developmental psychology should take into account an overview of the various unique disciplines that make up the branch as a whole.

One of the foremost figures in developmental psychology is Jean Piaget. He is credited with being the first to elaborate a "stage theory" and to argue that all humans develop through a similar path, progressing through recognizable "stages", each with definable characteristics and psycho-social goals that must be met if one is to progress to the next.

One of the most interesting facets of the stage theory is its proposition that children learn by constructing knowledge through experience, as opposed to it being directly imparted by environment, or being innate and instinctual. Because of this, Piaget's theory has found a lot of support from those who feel it makes for a successful pedagogical approach. Indeed, many elementary schools and pre-schools around the country subscribe to Piaget's theory and put it into practice in their respective curricula.

Experiments conducted by Piaget help to support his view and to establish a certain responsibility on the part of adults in guiding the learning of developing children (as opposed, for example, to Watson's hands-off approach). These experiments typically involved the use of engaging in Socratic questioning to incite children towards greater understanding of their actions. Famously, he arranged candy into two lines; a long line with fewer pieces and a short line with more pieces. When children said that the longer line had "more" because it was bigger, Socratic questioning was used to take them backwards through the decision making process, after which they were able to apply this reasoning to other situations.1

Importantly, Vygotsky would go on to expand this theory to encompass a broader perspective of society as a whole. Just as Piaget felt that learning and development underwent a transmission from adult to child, Vygotsky made the claim that development began on the social level and trickled down to the individual level over time. In other words, the predominant culture into which an individual is born has a profound effect upon that individual's values and thusly their development. Thus asserted, he went on to state that culture itself has a responsibility to play in personal development.

Vygotsky first put forth these views in a 1929 essay called "The Problem of the Cultural Development of the Child", in which he outlined his experimental methods. For the most part, this experiments focused on goal-oriented behavior, such as a child learning to kick a mobile for the purpose of making it spin. The implication was that the stimuli and environment put forth by culture would determine the opportunities a child had to learn skills and how to place these skills into an overall hierarchy of values. Considered from a broad viewpoint, the implications could be staggering: consider how different, for example, a child brought up in poverty can be from a child brought up in insulated wealth and luxury.2

One of the most recent researchers to made headway in the field of developmental psychology is Albert Bandura. Originally sympathetic to the beliefs of the Behaviorists, Bandura departed somewhat from his early convictions after a series of experiments that have famously come to be called the "Bobo Doll experiments". A "Bobo doll" is an inflatable toy designed to stand back up on its own using weights after being knocked over. After viewing a video of a colleague savagely attacking such a doll, children were found to be highly susceptible to repeating this behavior, even without the promise of reward or the threat of a negative reinforcement. This seemed to be at least a bit at odds with Behaviorism's assertions that conditioning is responsible for nearly all observable behavior.

So what exactly was going on here? Bandura eventually developed a theory that development occurs through a process of "social learning" wherein behaviors are witnessed, retained, and ultimately re-enacted by children after observing the behaviors of adults. This theory of social learning has had a major impact upon Western society to the extent that most people now feel that observed behavior has a profound impact upon child development. Witness, for example, the rating system that prevents children from accessing excessively violent films or video games.

Bandura and later followers also attempted to apply the social learning theory to the sphere of abnormal psychology as a way of explaining criminal behavior. They explained deviance as a learned behavior that the deviant in question performs in hopes that they can avoid pain or humiliation in some way. The claim is that in nearly all cases, deviant behavior develops as an avoidance strategy after someone undergoes a traumatic experience involving pain or humiliation. They supported these claims with an in-depth analysis of American serial murderers that proved to be quite compelling.3

Introduction to attachment theory in developmental psychology, including Bowlby...