How the Stimulus-Response Theory explains our behavior in psychology. 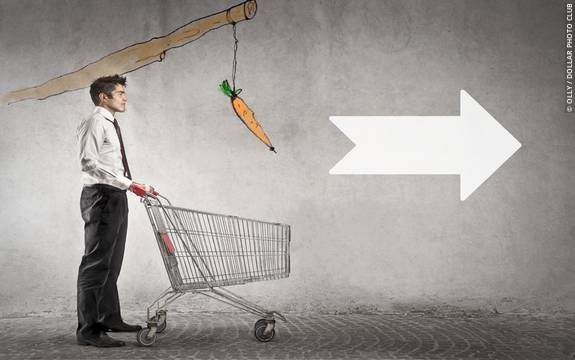 Stimulus Response Theory is a concept in psychology that refers to the belief that behavior manifests as a result of the interplay between stimulus and response. In particular, the belief is that a subject is presented with a stimulus, and then responds to that stimulus, producing "behavior" (the object of psychology's study, as a field). In other words, behavior cannot exist without a stimulus of some sort, at least from this perspective.

If Pavlov's dogs handsomely demonstrate the basic idea behind stimulus and response, no study fully unveils its implications for human behavior like the infamous "Little Albert experiment" carried out by pioneering Behaviorist John B. Watson.2

Working in the early half of the twentieth century, Watson procured a nine month old boy as his subject in a series of experiments involving classical conditioning. At first, Albert was exposed to a number of neutral stimuli such as a mask, a white rat, several white toys, and so on. In all cases, Albert's response was neutral. He exhibited no sense of fear whatsoever, and even reached out and attempted to touch the white rat several times.

Soon, Watson began to ring a loud buzzer every time Albert was shown the white rat. This buzzer acted as an unconditioned stimulus which produced the response of fear and crying in Albert. Over time, Albert became conditioned to associate the white rat with the discomfort, and soon the sight of the rat alone (without the buzzer) was enough to cause him to grow fearful and begin crying. Just like in the case of Pavlov, Watson was able to successfully condition a predictable response to a previously neutral stimuli.

The Little Albert experiment is significant because it tells us many things about classical conditioning. First and most important is that it indeed is effective on humans (many critics had derided the Behaviorists for only performing experiments upon animals and "erroneously" projecting their findings onto the sphere of human behavior). Moreover, as Albert's fearful responses were eventually reversed through the process of exposure to the rat without the buzzer, the study seems to indicate that stimulus response theory can be used to improve phobias and condition one to respond to fearful stimuli with a sense of neutrality. In this sense, classical conditioning has some sense of therapeutic, rather than purely descriptive, power.

Of course, there are those who disagree with the stimulus response theory, feeling that it's too limited a perspective to rank as the primary cause for human behavior. One of the first of these was B.F. Skinner, a prominent Behavioral psychologist who came to prominence after Watson, during the 40s and 50s in the United States. His major claim to fame is operant conditioning, a form of conditioning that supercedes classical conditioning in both scope and complexity. Here, reinforcement and punishment are motivating forces that determine the probable repetition of behavior. For Skinner, classical condition was simply too limited and simplistic a model to be accurate.

Albert Bandura's Social Learning theory stands in opposition to the stimulus response theory as well. His infamous "Bobo doll experiments" showed that children sometimes exhibit behavior after witnessing that behavior performed by others beforehand. This is telling because they sometimes perform this behavior without any kind of promised reward or reinforcement. In this case, behavior was elicited not by some kind of stimulus, but rather a seemingly innate process of observation, retention, and replication. If social learning holds true, and it has a lot of support, then it shows at the very least that stimulus response theory is not the *only* answer to human motivation.

Coming after them, psychologist Robert Rescoria attempted to demonstrate shortcomings in the stimulus response mechanism and show it not to be adequately predictive. He performed a variety of studies with rats, including one in which rats were conditioned to freeze in place whenever a loud sound was played and a bright light was illuminated. Over time, however, the rats became "habituated" to the loud noise, and it stopped being a compelling stimulus for them. When this happened, and the light was lit on its own, there was no reaction from the rats whatsoever. Clearly, stimulus response theory was subject to some unforeseen limitations, including the case that subject in question might simply become too adapted to the stimulus for it to be sufficiently stimulating.3

Evaluation of the Stimulus-Response Theory

Conditioning
What is conditioning? What Pavlov's dogs experiment teaches us about how we learn.
Behavioral Approach
The behavioral approach explained: Introduction to the branches of behaviorism in psychology, assumptions of the approach and an evaluation.
Operant Conditioning
A look at operant conditioning as a process of learning, and how Skinner's box experiments demonstrated the effect of reinforcements on behavior.