A look at the life of Ivan Pavlov, his contributions to behavioral psychology and his discovery of classical conditioning. 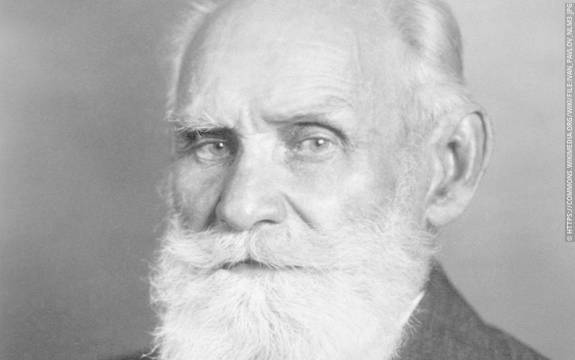 Ivan Petrovich Pavlov (1849-1936) was a Russian physiologist remembered for his theories of learning by conditioning, which were developed as a result of his acclaimed research into digestion. In particular, Pavlov’s research during the 1890s and early 1900s (often referred to as Pavlov’s dogs) used classical conditioning to demonstrate conditioned reflexes. He used conditioning to train the animals to respond in a particular way (e.g. to salivate) when he presented them with a stimulus, such as the ringing of a bell.

Pavlov was born on September 14th, 1849 in Ryazan, Russia to Peter Dmitrievich Pavlov (1823-1899) and Varvara Ivanovna (1826-1890). His mother was a homemaker and his father was a village priest in the Russian Orthodox Church. He attended the local church school, followed by a theological seminary. Serious injuries resulting from a fall at an early age meant that his formal education did not begin until the age of 11.

Despite a religious upbringing and schooling, Pavlov was impressed by the work of the writer Dmitry Pisarev, as well as by the scientific ideas of Charles Darwin and physiologist Ivan Sechenov. He abandoned his religious pursuits in favor of a career in physiology. In 1870 he enrolled in the physics and mathematics department at the University of St. Petersburg, taking classes in natural sciences.

He graduated in 1875 with a Candidate of Natural Sciences degree, and continued his education at the Imperial Medical Academy, where he completed his studies and received his M.D. in 1879. Whilst studying, Pavlov met his future wife, Seraphima Vasilievna Karchevskaya, who was a friend of the writer Fyodor Dostoyevsky. The couple married in 1881 and, after a miscarriage blamed on having to keep up with her husband’s fast-paced walking, she gave birth to 4 sons and a daughter.

Pavlov completed his doctoral thesis, entitled “The Centrifugal Nerves of the Heart”, in 1883. The following year, he travelled to Leipzig to study under supervision of German physician Carl Ludwig before returning in 1886.

In 1890, Pavlov accepted a role as professor of pharmacology at the Military Medical Academy, and in 1895 he was appointed chair of the Institute of Experimental Medicine’s Department of Physiology. He retained his position at the institute until 1925.

Pavlov is best remembered for his ‘Pavlov’s dogs’ experiments, which were carried out whilst he was conducting research into salivatory secretion during digestion at the Institute of Experimental Medicine in the 1890s.

In previous experiments, he had noticed that dogs only needed to sense the presence of food - seeing or hearing it - for saliva to be produced. Pavlov understood that saliva plays a role in digestion, and that this anticipatory response was to be expected.

However, he also found that the animals would begin to salivate when they experienced other stimuli, such as the opening of a door by the researcher who would feed them. Pavlov wanted to learn more about how associative learning led the dogs to instinctively anticipate feeding time whenever they experienced a particular audio or visual stimulus.

Pavlov devised an experiment in which measured the salivary rates of dogs as they experienced a variety of stimuli. Restraining subjects in a harness and placing a food bowl in front of them, Pavlov attached a device which would enable him to monitor levels of secretion made by the dogs’ saliva glands.

During the experiment, the dogs were exposed to a range of stimuli, including a bell sound, a ticking metronome and electric shocks. These neutral stimuli initially prompted no distinct response from the dogs. However, when a stimulus coincided with feeding time, subjects began to salivate in response to them.

In further experiments, it was found that behavior could also be ‘unlearnt’ if a conditioned stimulus was presented but feeding did not follow on numerous occasions. This process is known as experimental extinction and allows an individual to adapt their behavior to a changing environment.

The discovery Pavlov made through his experiments were significant because his theory of conditioning can be applied to learning not just in dogs, but also in other species, including humans. For example, a child may associate the sound of a door opening (a neutral stimulus) with greeting his or her parents in an evening. The repeated association of these two events leads the child to become excited whenever they hear the door opening - a conditioned response.

Later on, Pavlov’s contemporaries further extended his theory of conditioning. B.F. Skinner (1904-1990) argued that operant conditioning could be used to modify behavior when a schedule of reinforcement was used to promote or discourage an action. He demonstrated this by placing rats and pigeons in an operant conditioning chamber (a ‘Skinner box’). The animals were presented with a lever or other mechanism which, when pressed, resulted in a reinforcement. Positive reinforcements such as food encouraged his subjects to repeat their behavior, whilst punishments (such as electric shocks) led to them avoiding pressing the lever.

Following annual nominations for a Nobel Prize dating from 1901 without success, Pavlov was eventually awarded the 1904 Nobel Prize for Physiology or Medicine for his research into the physiology of digestion.

He died on February 27th, 1936 in Leningrad, Russia at the age of 86 from double pneumonia. His former home in Ryazan was converted into the Pavlov Memorial Estate Museum, which celebrates his life and academic achievements.