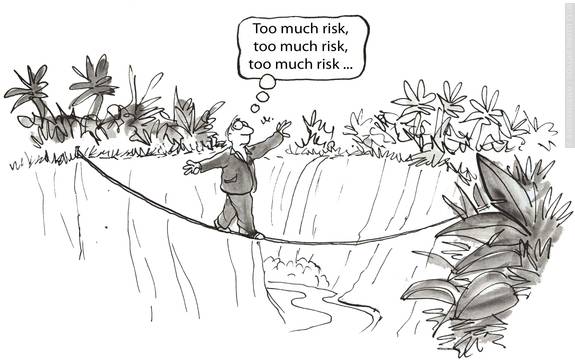 True or false: If your best friend is terrified of spiders, the best thing you can do to help her is lock her in a room with a tarantula until she stops freaking out.

Believe it or not, a lot of psychologists will tell you that the correct answer to that is True. The technique is called 'flooding', and it has a solid base in behavioral therapy. The underlying theory behind flooding is that a phobia is a learned fear, and needs to be unlearned by exposure to the thing that you fear.

If you give a horse an electric shock every time he puts his right forefoot on the floor, he will learn very quickly to keep that foot off the floor. If you then stop giving the shock, he will continue to keep that foot lifted off the floor. Why? Because he has no way of knowing that the floor is no longer electrified unless he is forced to put his foot down again. In the same way, a person who has developed a phobia of a particular thing or situation will go to extreme lengths to avoid that situation. As long as they avoid exposure to the thing that they fear, they have no way of knowing that it can't hurt them.

Flooding in its purest form involves forced, prolonged exposure to the actual stimulus that provoked the original trauma. In real practice, that can be problematic, if not completely impossible. It isn't really practical to fill a room with snakes and spiders, for example, and force someone to sit in it for hours.

In the mid-1960s, Thomas Stampfl, pioneered a technique called 'implosion therapy' to treat phobias. He found that phobic patients who were bombarded with detailed descriptions of the situations that they feared for six to nine continuous hours lost their fear of those situations. His research was expanded upon and refined by Zev Wanderer, who used biofeedback machines to monitor patients listening to verbal descriptions of what they most feared. By concentrating on the phrases that sparked the most intense reactions, Wanderer reduced the time needed for the first flooding session from nine hours to about two hours. Patients then returned for further sessions, usually as short as half an hour.

To increase the effectiveness of the therapy and shorten the time needed, Wanderer combined the in-office therapy with loop recordings of the phrases that were most likely to trigger the phobic reactions. His patients would take the tape recordings home and listen to them as 'homework'.

Reliving the Pain - And Leaving It Behind
Share:
ShareTweetStumble UponPin It
Most Read