How Cognitive Behavioral Therapy can be used as a treatment. Article includes an introduction to CBT, exposure therapy, the Negative Triad as well as the successes and criticisms of the treatment. 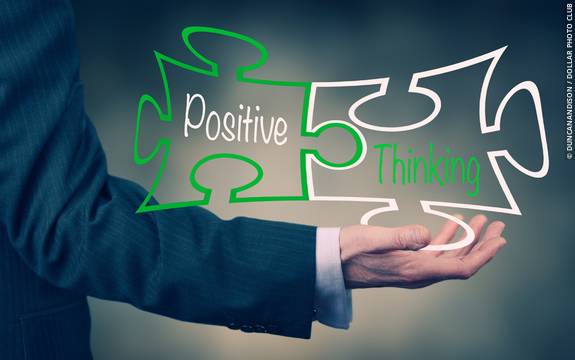 Cognitive Behavioral Therapy is a therapeutic approach in psychology that is intended to help individuals learn to cope with anxiety inducing or stressful situations by rationally addressing faulty cognition and the ways in which it leads to inappropriate and self-defeating behaviors. For those with some knowledge of the history of psychology, even the name of the therapy might cause some confusion, as the disciplines of cognitive psychology and behaviorism are often seen as being at odds with one another. In this case, however, the theorists are more firmly on the side of cognitive psychology – they definitely hold cognitive processes to have some degree of agency in causing behavior. They are not simply types of behavior in and of themselves.

The whole of cognitive behavioral therapy is quite vast, with a number of different approaches and techniques that ultimately intend to accomplish the same goals. As a therapeutic device, it has proven quite successful in helping diminish phobias, overcome anxiety disorders, and relieve the symptoms of posttraumatic stress disorder.

One of the areas in which cognitive behavioral therapy, or CBT, has made the most strides is in dealing with anxiety and phobia. The underlying principle behind CBT is that one holds false beliefs and expectations about the world that adversely color our interactions with others, causing undue stress and anxiety. The psychologist O. Mowrer was one of the first to attempt to undermine those false beliefs with a form of therapy intended to improve behavior by way of cognition.1

This type of therapy, known as exposure therapy, worked as follows. Suppose that you were afraid of spiders. Even if you knew rationally that a spider wasn't poisonous and posed no threat to you, you would still feel anxious when a spider came near you, and have feelings close to panic if one touched you. For the cognitive psychology, what is going on here? You hold false beliefs about spiders on some level, such that when you're exposed to them, your experience is affected adversely by your irrational cognition. The anxiety and fear you feel as a result reinforces those irrational feelings, making things worse.

With exposure therapy, you would be gradually exposed to your stressor (spiders), while at the same time having your typical response (anxiety and fear) suppressed. For instance, a therapist might place a spider near you and help you maintain a sense of calm through talking and becoming slowly and gradually acclimated to the idea of having a spider near you. In time, you might even be able to touch the spider. Eventually, your fears should diminish entirely. How does this work? It's simply that, if you're exposed to a spider without allowing your anxiety to be triggered, the stimulus of the spider gradually becomes disassociated from the response of anxiety, and the phobia is conquered.

Another cognitive psychologist, Aaron Beck, was the first to formalize the idea of the cyclical interplay between environment, cognition, and behavior, calling it the negative triad. The negative triad works as follows.

First, one holds a "negative schema" regarding the world. Maybe this is the expectation that you will be treated poorly by others, or that others are looking to harm you in some way. Maybe it's simply the expectation that any cats you meet will bring you bad luck. Whatever the case, these negative schema are self-destructive beliefs with the tendency to induce stress in those who hold them.

When the meeting does go bad, it reinforces our negative schema. We feel that our expectations have been met, and are thus justified. What we need to come to realize, according to Beck, is that our negative schema actually *cause* the poor outcomes and our own self-destructive behaviors. With conscious recognition, however, these cognitive biases and negative schemas can be overcome, and one can approach the world with feelings of confidence that will ultimately produce good results.

Elsewhere, researchers have had a great deal of success applying CBT to posttraumatic stress disorders. Typically, those suffering from this disorder will feel a sense of generalized anxiety as a result of an earlier, unresolved traumatic event. Generally, this event will have led to the formation of negative schema that can, at least theoretically, be undone with CBT. Mark Reinecke at Northwestern University has conducted a number of recent studies that further verify the utility of CBT in combating posttraumatic stress disorder.

While CBT is one of the most popular therapeutic approaches to come out of clinical psychology in decades, it is not well loved by everyone. There are detractors, for instance, who claim that the relative simplicity and low implementation cost of CBT have led to its becoming more popular than warranted. As evidence for this, they cite the general lack of evidence that CBT can be therapeutically effective against schizophrenia and other psychotic disorders.

Cognitive Behavioral Therapy is the attempt to overcome anxiety, depression, and neuroses through the conscious recognition of self-destructive beliefs, with the assumption being that changing this cognition will ultimately change one's behavior, and thusly one's experience with the world.

CBT has had success in treating phobias through a technique called exposure therapy that involves gradual exposure to the object of fear, coupled with a systematic repression of the anxiety response.

While CBT has been shown to be effective in treating posttraumatic stress disorder, depression, anxiety, and phobias, little evidence has been cited that it is effective in dealing with schizophrenia and other psychotic disorders.

Cognitive Psychology
Overview of cognitive psychology. Includes theories, studies and tests, along with evaluations of research in the cognitive field.
Rational Emotive Therapy
Overview to Rational Emotive Therapy as a treatment in psychology. Includes explanations of different developments in the RET field and an evaluation of the treatment.
Classical Behaviorism
Overview and in-depth review of classical behaviorism in psychology.