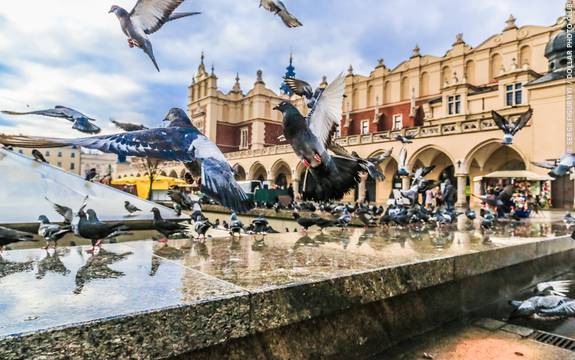 They may seem unlikely candidates for psychological analysis, but pigeons have given a revealing insight into how animals, including humans, can be bound by superstition...

In the Summer of 1947, renowned behavioral psychologist B.F. Skinner published his study on a group of pigeons that showed even animals are susceptible to the human condition that is superstition.

Skinner conducted his research on a group of hungry pigeons whose body weights had been reduced to 75% of their normal weight when well-fed. For a few minutes each day, a mechanism fed the birds at regular intervals. What observers of the pigeons found showed the birds developing superstitious behavior, believing that by acting in a particular way, or committing a certain action, food would arrive.

By the end of the study, three quarters of the birds had become superstitious. One pigeon, in pursuit of food, believed that by turning around in the cage twice or three times between being fed, but not just in any direction; the bird learnt to turn anti-clockwise and appeared to believe that this would mean it being fed.

Now, it's easy to dismiss such behaviour as normal - a bird in a cage might be expected to exercise a little. But the other birds developed unique superstitious behaviours in an attempt to gain a meal.

Other behaviors the observers discovered include what they described as a 'pendulum' movement of the head, and a regular nodding movement in another bird.

Skinner's Pigeon Experiment revealed that even pigeons can be conditioned to develop superstitious behaviours in belief that they will be fed. But superstition is more obvious in everyday human behavior; for example, avoiding 3 consecutive grates in a street, or walking under ladders.