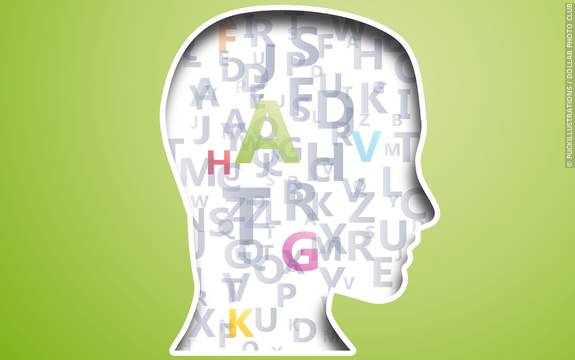 As one of the branches of the psychological school of Behaviorism, Radical Behaviorism operates on the fundamental premise that "behavior" is at the core of psychological study. Whereas other branches such as cognitive psychology might focus on internal considerations such as patterns of thoughts, obsessive preoccupations, or the manifest content of one's dreams, Behaviorism looks only at the "observable" phenomenon of outward behavior. It is believed that this emphasis lends psychology an "experimental" facet that puts it more in line with the "hard" or "objective" sciences, like physics.

That said, Radical Behaviorism is "radical" because it takes the Behavioral standard even further. Instead of merely rejecting private events and internal processes such as thought and emotion as largely irrelevant to psychological study, Radical Behaviorism asserts that a comprehensive psychological perspective must take these phenomena into account. However, these processes are seen not as explanations for behavior, but rather as examples of behavior in and of themselves, subject to Behavioral explanations.

The first psychologist to actively promote this point of view was B.F. Skinner. In his work, "About Behaviorism", he goes against the grain of other popular psychological perspectives by stating that introspection has no explanatory value at all, but rather that what one finds through introspection is only "collateral products" of one's "genetic and environmental histories."

If Skinner's take on Behaviorism is true, then it has a profound implication for our concept of action and free will. If even internal actions such as the thoughts we think and the dreams we dream are products of our interactions with our environment, then they can be seen as "pre-determined". Given a broad enough perspective and great enough insight, one could look at an individual's environmental and genetic history and be able to accurately intuit not only how that individual would behave, but also what that individual was thinking. Naturally, many are unprepared to accept this conclusion.

At the same time, however, it's worth noting that some have attempted to recast the perspective of radical behaviorism in a "more acceptable" terminology. For instance, in 1990, the psychologist Hineline posited that one could, without violating the fundamental tenets of Skinner's approach, view the organism as "the locus at which behavior and environment interact", a role in which autonomy is not immediately and explicitly denied.1

Differing perspectives on the implications of radical behaviorism were made possible largely because of the broad utility of Skinner's newly developed experimental process which he called "operant conditioning". Whereas classical conditioning deals only with a unilateral relationship of stimulus and response, operant conditioning proposes a more cyclical relationship in which one's behavior operates upon one's environment, and the consequences brought about by that environment naturally determine how likely that behavior is to be repeated in the future.

Through a number of experiments, Skinner showed how behavior could be influenced through operant conditioning. He used two types of stimuli, both positive (pleasing to the subject) and negative (unappealing to the subject) to produce one of two desired effects (the continuation or cessation of a particular behavior). Depending upon the outcome (whether the behavior was increased or decreased), the stimuli are said to be "reinforcers" or "punishers".

The overall finding of studies in operant conditioning is that reinforced behaviors (whether positive or negative) are highly likely to be repeated. In a certain sense, these findings do help to bear out Skinner's deterministic views: if we know that an individual is more likely to repeat a behavior, isn't this a form of predicting the future?

Radical Behaviorism is considered "radical" precisely because it undermines many popular presumptions about human nature and how the universe works. While most people easily accept the basic tenet of Behaviorism (that studying behavior can reveal psychological insights) they resist when this premise is taken to its extreme conclusions.

As above, many of Skinner's detractors felt that the deterministic conclusions of his work were reason enough to reject its validity. After all, free will seems to be self-evident; most people feel as if they are in control of their behavior and thoughts, regardless of environmental or genetic history. In 1959, famous linguist Noam Chomsky published a book critical of Skinner's views, claiming that the development of functionally similar linguistic structures and modalities across culturally and environmentally diverse populations was evidence for an instinctual and innate aspect of language. Expounding further upon this proposed weakness in the radical behaviorism perspective, Chomsky's text would go on to be instrumental in shifting popular support from behaviorism towards cognitive psychology.2

Another point of contention, however, comes from the ethical implications of Radical Behaviorism. If, in fact, all behavior is dictated by operant conditioning in one form of another, this renders that behavior meaningless for many people. In other words, if someone is conditioned to be kind and charitable, these virtues mean less than they do if a person behaves that way because of a conscious moral choice on their own part. Remember, even if a person says to themselves, "I want to be kind", Radical Behaviorism would claim that this thought arose deterministically, because of that person's being conditioned by their environment.

For many, the amoral and deterministic world described by Radical Behaviorism is one they just cannot accept.

It is worth noting, however, that the majority of criticisms against Skinner's work tend to focus on philosophical and metaphysical matters. As far as the practical effectiveness of operant conditioning goes, it has proven to be a widely successful theory.

Over the years, Skinner's work has led to major strides in the study of learning and can very often be found in classrooms. Drawing from the idea of reinforcement leading to a change in behavior, for instance, educators use reinforcement in the form of feedback, grades, repeated instructions, and so on, to predictably produce the desired behavior of learning in their students. Most notably, radical behaviorism has influenced the treatment of children with autistic spectrum disorders. As recently as 2007, a clinical report from the American Academy of Pediatric reaffirmed the usefulness of behavioral analysis as a means of communication with non-verbal autistic children.3

The effectiveness of Radical Behaviorism in predicting and controlling behavior has also led to operant conditioning becoming very popular within the home. Although parents might not even know the term "operant conditioning", they usually employ the practice in raising their children.4 For example, if Jennifer is given a reward for cleaning her room, this is positive reinforcement and she is likely to repeat the behavior. If John begins to speak more quietly indoors in an effort to avoid the negative stimuli of "time-out", this is negative reinforcement, and he's likely to repeat the quiet behavior.

Radical Behaviorism, like any psychological perspective, can give us a great deal of insight into why people think and behave the way they do. Even if one rejects the philosophical and metaphysical implications of Skinner's work, they are still of obvious practical benefit in behavior management, and have proven quite effective in a therapeutic environment for some time.