What is methodological behaviorism in psychology, and how does it differ from other types of behaviorism? 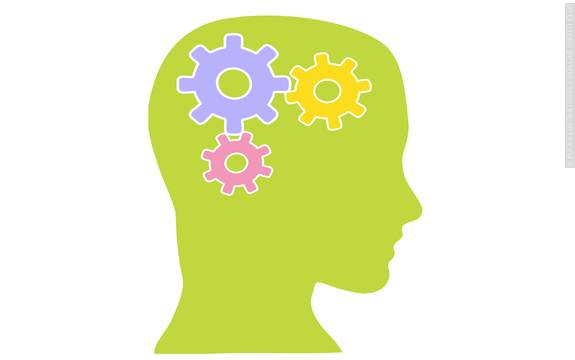 Methodological Behaviorism is one of many branches of the psychological school of Behaviorism. Like the other branches in this school, it places a great deal of emphasis on observing human and animal action as a means of gaining insight into why people behave the way they do. This is in contrast to other schools, which place emphasis on more internal explanations for behavior, such as the "inter-psychic conflicts" and "repressed desires" of the psychodynamic perspective. Let's take a look at what makes Methodological Behaviorism unique.

Methodological behaviorism is often referred to as "Watson's behaviorism". This is because the tenets of the view were first put forth by psychologist John B. Watson in the early part of the 20th century. Working at Johns Hopkins University, Watson wrote and published an article called "Psychology as the Behaviorist Views It", with an aim towards outlining the philosophical approach to the study of psychology held by himself and his colleagues. As one of the first major works on the subject, this article has since come to be viewed as something of a "manifesto" for the school.

As we shall see, Watson later went on to generate a great deal of controversy through his experiments involving classical conditioning, and his views on the proper rearing of children (a popular subject in early 20th century psychology).

Psychology as an Objective Science

So, exactly what underlying philosophy did Watson consider it important to express? According to "Psychology as the Behaviorist Views It", the main point to understand about Methodological Behaviorism is that it rejects all subjective considerations as a means for understanding human behavior. Rather, it asserts that behavior manifests purely as a result of learned interactions to one's environment. "Nothing," Watson writes, "is instinctual".

This is important in the development of psychological study as a whole, because it allows for experimentation. In other words, using the Methodological Behaviorist perspective, one can make use of the scientific method when testing a psychological hypothesis. Previously, such tests had depended, at least to a degree, upon the use of subjective notions such as "mind" and unobservable private events. By contrast, Watson's school called for the pure and objective observation of human behavior in order to gain insights into how and why those behaviors manifested. Naturally, the ultimate goal is to understand behavior to the extent that it can be predicted and controlled.

Objectivity as a Limitation?

It's important to note that this emphasis on objectivity is somewhat controversial among psychologists. There are those, for instance, who believe that Methodological Behaviorism is "too limited" because it rejects consideration of un-observable phenomena including emotions, dreams, and so on.

For many, these "private events", as Behaviorists often call them, are too integral to the human experience to reject. Watson and others attempted to answer these criticisms by casting private events in a physiological (and thus somewhat more observable light). This can be seen, for example, in Watson's calling thought a "subvocal form of speech" in his article.

Moreover, later in Watson's career, he attempted to apply the principles of Methodological Behaviorism towards developing an "ideal" method of raising children. His writings on this subject, in part, advocated parents maintaining an emotional distance from their children so as to forestall the development of a dependent adult. These writings drew a huge number of detractors who found the advice insensitive and difficult to practice (at best), and psychologically damaging towards the children involved (at worst).

Academically speaking, there were detractors as well. Albert Bandura became famous for a series of experiments in which he incited aggressive behavior in children by showing them demonstrations of adults performing that same aggressive behavior – all without any additional influence of reward and punishment. Such studies made Watson's views on child development seem overly simplistic and mechanistic by comparison.

Despite the controversies, there are some undeniably strong contributions to the study of psychology that have come out of the Methodological Behaviorist perspective. The most important of these is probably the concept of classical conditioning.

Nearly everyone is familiar with the story of research Ivan Pavlov and his dogs who he trained to salivate when they heard a bell ringing, even if that bell wasn't followed up by a reward 100% of the time. Watson and his associates at Johns Hopkins would attempt to expand these findings to the human scale with their "Little Albert" experiment.

In the experiment, Watson used a nine-month old child, Albert, to attempt to show that no human behavior is "instinctual" (and thus entirely internal), but rather that everything happens as a result of interaction with one's environment. To show this, he began the experiment by exposing Albert to a number of neutral stimuli, such as rats, masks, pieces of fabric, and so on. In all cases, the child responded with curiosity and no apparent distress whatsoever. In fact, it even reached out and attempted to play with the rat.

After this "baseline" had been established, Watson changed the game. Any time Albert touched the white rat, Watson would strike a steel bar, emitting a sudden loud noise that would cause Albert to grow fearful and cry. Over time, Albert began to regard the rat with a sense of fear and trepidation, even if no noise was made. Additionally, Albert began to fear other things that bore only a passing similarity to the white rat, such as white wool fabric, or the white fur of a Santa Claus costume.

In conducting this experiment, Watson believed he had shown his premise to be true. He had predictably created a behavior by controlling a subject's environment in a specific fashion.

Others working a few decades later than Watson would reaffirm the utility of condition in the infamous "Robber's Cave" experiment. Researcher Muzafer Sherif placed 22 young boys into a "summer camp" environment, dividing them into two teams of 11 boys each. Each team thought that they were the only ones that were supposed to be there, and without much provocation from the experimenters, hostilities quickly escalated. Only after introducing conditions in which cooperative behavior produced a reward did the boys begin to behave in accordance with what they had been taught. The idea here is that the mental processes of learned moralism and cooperation had had little effect on the actual behavior of the boys involved.1

However, the experiment has had its detractors. Arguing that Watson was forced to end the experiment early, that only one subject was used, and that no attempt was made at reversing the conditioning, some said that the experiment "reveals little evidence either that Albert developed a rat phobia or even that animals consistently evoked his fear". For these detractors, the results were "interesting but uninterpretable."2

While the study of classical conditioning has told us much about the origins of human behavior over the last century, the responsible psychology student still must question the particulars of Watson's findings. For instance, if nothing is instinctual, why is it that he was able to use a loud noise as an "unconditioned stimulus"? Wouldn't the loud noise have to have been conditioned itself to produce the fearful response? As always, no matter what perspective one is studying, questions such as these are worth considering.

One potential answer is the memetic theory proposed by Dawkins in his 1976 book, "The Selfish Gene", in which he posits that the cultural surroundings of a person determine to a large extent a person's perception of reality, in accordance with the "collective experiences" of the culture in question, even at the pre-cognitive level (such as a baby interpreting a loud sound).