Overview and in-depth review of classical behaviorism in psychology. 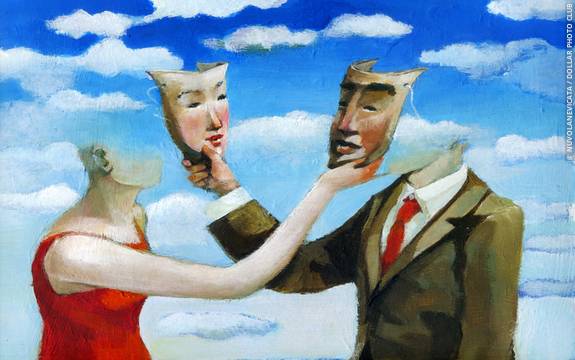 An Overview of Classical Behaviorism

Behaviorism is a branch of the science of psychology. It was far and away the most popular psychological perspective during the early part of the twentieth century, first gaining popularity in 1918 with the publication of an article by John B. Watson that outlined the Behaviorist philosophy, and enduring until cognitive psychology gained popular support in the late 1950s.

As a psychological perspective, it holds that observable behaviors are the only phenomena a psychologist should be concerned with, because observation is required for both objective interpretation and measurement. In other words, one can only draw psychological inferences from the behavior a client outwardly demonstrates, without relying upon the analysis of internal processes such as thought and emotions. This was important in the field of psychology because it helped situate the study among the "hard sciences", dealing purely with observable data in an experimental context.

It is extremely important to note, however, that Behaviorists do not reject the existence of internal processes. Many criticize the perspective on this point and are mistaken in doing so. Rather, it is simply that Behaviorists consider these internal events a form of behavior in and of themselves, rather than causes of behavior.

Nearly everyone is familiar with Behaviorism already, whether they realize it or not. This is because one of the founding discoveries of Behaviorism, the experiments involving Pavlov's dogs, has become deeply ingrained in popular culture and consciousness.

The experiment, as most already know, involved a Russian scientist, Ivan Pavlov, who was able to condition a specific behavior in a group of dogs, and manifest that behavior at will. He would ring a bell when feeding the dogs, and found that over time, the dogs would begin salivating when the bell rang, regardless of whether or not food was present. The significance here is that the dogs have engaged in an act of transference, connecting the stimulus of the bell with the desired effect of receiving food. The bell has no natural link to food, but the dogs now perceive one because they've been conditioned to do so.

This is evidence of one of the fundamental beliefs of Classical Behaviorism: an organism tends to perform behaviors in accordance with expectations instilled by their outward environment.

The importance of an anticipated effect in eliciting a behavioral response was further clarified by Thorndike in an experiment he conducted in 1911. Concerned with the popular reception of Pavlov's findings, Thorndike wanted to show that the matter wasn't as simple as conditioning a behavior by tying it to a stimulus through repetition. He argued that looking at Behaviorism that way would limit the usefulness of the perspective because the majority of human behaviors are just too complex to fit such a simplistic model.1

To demonstrate that an anticipated effect is important in conditioning, he conducted an experiment in which cats were placed into a cage with a piece of salmon nearby. At first, the cats would engage in a great deal of pawing and scratching to get at the salmon before figuring out how to unlock the cage with a simple latch. After time, however, the pawing and scratching diminished and the cats went right for the latch whenever salmon was brought near. This showed that although a behavior had been conditioned, the success of the conditioning depended upon the cats anticipating a positive result (the salmon), rather than a mere trigger (Pavlov's bell).

If classical condition resides at the core of classical Behaviorism, then it seems only natural that an evolution of conditioning would bring Behaviorism to a new level of depth and complexity. Introducing important concepts such as reinforcement, punishment, and schedules of response, psychologist B.F. Skinner revolutionized Behaviorism by clearly showing its applicability to human learning and response. His approach was called Radical Behaviorism because the extent to which it attempted to distill human behavior into a stimulus response model had major (radical) implications for the question of free will and human experience as a whole.

Naturally, such a revolution was not without its detractors. Kenneth Boulding, for example, decried the efficacy of Skinner's work on the grounds that most of the experiments associated with it (such as Watson's "Little Albert" experiment, or the "Skinner box") used animals. While the experiments themselves were sound, Boulding felt that Skinner and other behaviorists were too hasty in generalizing their findings to the realm of human behavior. Human behavior, he felt, was infinitely more complex than animal behavior, and called for an experimental approach involving humans if Behaviorism was to be taken seriously.2

Limitations of The Stimulus Response Approach?

As Behaviorism continued to develop along the lines of experimentally showing the process of conditioning to be fundamental in predicting human behavior, certain criticisms began to arise to the effect that this approach was too mechanistic.

Most notably, psychologist E.C. Tolman, who generally favored the Behaviorist approach, began to criticize Classical behaviorism for relying too much upon the stimulus response of conditioning. He felt that, ultimately, viewing human behavior in terms of stimulus and response led one to study only "twitches". In some cases, this was even literally true, as Behaviorists obsessed with the acquisition of observable data became mired in the study of minute muscular responses to environmental stimuli. In contrast, Tolman felt that "whole" behaviors warranted the real study, behaviors that were less mechanistic and could be viewed in terms that were of practical utility and meaning to the average human. In other words, whereas a Behaviorist might study the increase in heart rate brought about by a conditioned fear response, Tolman would advocate the more holistic route of looking at the idea of fear as a whole, why certain stimuli can induce it more readily, and so on.3

To these ends, he advocated studying behavior from a purposive standpoint; in other words, humans acted not just in response to something, but also because they wanted to achieve something. This purposive viewpoint would be instrumental in founding cognitive psychology, the perspective that would succeed Behaviorism as the most broadly accepted psychology theory from the 1950s onward.

Behavioral Approach
The behavioral approach explained: Introduction to the branches of behaviorism in psychology, assumptions of the approach and an evaluation.
Approaches in Psychology
Explanation of approaches in psychology, including behaviorism, cognitive and psychodynamic approaches, and biological approaches.
Key Figures in Psychology: Ivan Pavlov (1849-1936)
A look at the life of Ivan Pavlov, his contributions to behavioral psychology and his discovery of classical conditioning.