Introduction to teleological behaviorism, a branch of the behavioral approach in psychology, with an overview, studies and evaluation of the approach. 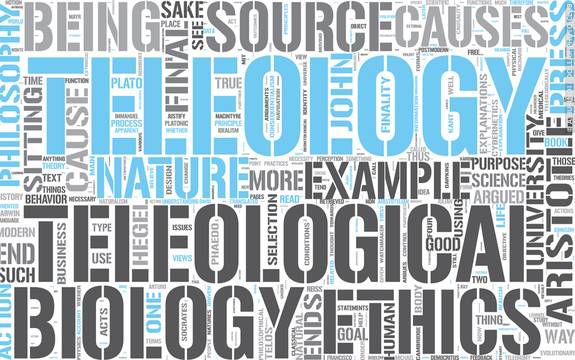 Teleological Behaviorism is a branch of the psychological perspective of behaviorism. In keeping with the fundamental tenets of its branch, it holds that psychological insights are best gained from the objective observation of outwardly observable human behaviors. While it doesn't reject the validity of cognitive processes such as thought and emotion, it, like the other forms of Behaviorism, does not hold these processes to be explanatory causes of behavior. Rather, they are thought to be forms of behavior in themselves, understandable only by the study of more observable forms of outward behavior. 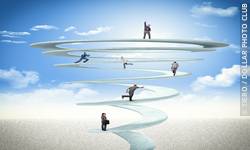 The behavioral approach explained: Introduction to the branches of behaviorism in psychology, assumptions of the approach and an evaluation. Learn more

What makes teleological Behaviorism unique, however, is its emphasis on the questions of free will and self-control. As a form of Behaviorism, it's surprisingly purposive in nature. While its founder, Howard Rachlin, builds off the writings of Tolman and Bandura, the discipline as a whole tends to hedge closer to the Behavioral side of the Behavioral-Cognitive dichotomy.

Teleological Behaviorism is at once an ancient and modern psychological perspective. It has its foundation in the ancient world because it develops out of the writings of Greek philosopher Aristotle, writing in the third century BC. One of Aristotle's main contributions to philosophy was the concept of telos, or the "final cause". This is understood to be the broad goal-oriented explanation for "movement" (a phenomena that would be called "behavior" by the Behaviorist).

Consider that, if you're hungry, you eat. But is the hunger really the cause of the eating? On the one hand, yes, but on the other hand, you also eat because you have long-term goals and plans you want to achieve, and because you want to avoid death and sickness in general.1

These teleological, or purposive, explanations of your behavior (eating) are the kinds of explanations teleological Behaviorism concerns itself with. Writing in O'Donohue's "Handbook of Behaviorism", Rachlin shows that a teleological perspective allows one to view measurable behaviors in a more holistic fashion, thereby overcoming the primary flaw in Skinnerian Behaviorism as identified by Tolman, Bandura, and others.2

Implications for Free Will

Another aspect of teleological Behaviorism that's interesting from a philosophical point of view is its view of free will. As you know, Skinner's Radical Behaviorism brought about quite a lot of controversy because of the implications it carried for a deterministic metaphysics. In other words, if Behavior can truly be accurately predicted by controlling environmental stimuli, then the question of personal choice is largely moot. Teleological Behaviorism doesn't necessarily refute this implication, but it addresses it obliquely, which brings up a few interesting points.

In Rachlin's text, "Free Will from the Viewpoint of Teleological Behaviorism", he proposes that whether or not an action is free or determined is largely irrelevant from the metaphysical point of view, but highly important from the social point of view.3 He argues that people use the labels of free and determined to categorize actions into two major components: those that one has control over and those that one does not. This seems to be done largely as a way to determine the propriety of punishment and accountability; one can only be "guilty" if one's actions were "free", yes?

Earlier, it was stated that Rachlin's brand of Behaviorism has both ancient and modern influences. These modern influences can be seen most readily in the discipline's emphasis on self-control. If Behavior is, to an incredible extent, determined by environmental stimuli, where does self-control come into the picture? Clearly, some people seem better able to resist temptations than other, or to refrain from action we would consider inappropriate. Given identical tempters, what accounts for this difference?

Rachlin's book on the subject, "The Science of Self-Control" attempts to frame the issue as one of value. He asserts that those individuals who have good "self-control" as simply those who have cultivated a perspective wherein they consistently work for long-term gratification.

He likens this to the modern study of microeconomics, wherein one foregoes immediate profit in favor of long term investments. Similarly, the perspective can be used to study problematic behaviors in a psychological context. For instance, why are some people alcoholics and others not? It has to do with their environment instilling a tendency to value either short or long term gratification. The individual who takes a drink when he or she knows it will be detrimental does so precisely because the detriment is "far off" while the pleasure or reward of intoxication is immediate. By contrast, those who are able to curtail their drinking responsibly are motivated by "far off" factors like the potential for alcoholism.4

While the focus of Teleological Behaviorism is mostly explanatory, certain therapeutic measures are offered, such as the use of "positive addictions" (exercising, making profit, etc.) to negate negative addictions and self-destructive behavior. Clearly, this links right back to the purposive or teleological foundations of the discipline, in that Rachlin seems to believe that by framing behaviors teleologically, destructive behaviors can be subverted.

Detractors, however, are often keen to point that this errs dangerously close to saying that a mental state of teleological "far-sightedness" or "long term thinking" would have a causal effect in producing behavior. Clearly, if true, this would undermine the entire "Behavioral" aspect of teleological Behaviorism.