How first impressions from birth influence our relationship choices later in life. 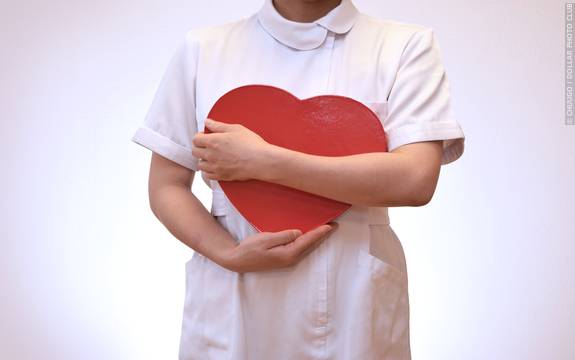 In the first stages of life, when an infant forms an attachment to their mother, what determines who they form that first bond with, a connection which will remain with them for the rest of their lives?

One Austrian ornithologist showed us how a lasting impression is left on us of our caregiver during the very first moments of us opening our eyes and looking around. He referred to this as imprinting - a concept has also been identified as an influence over the way in which people choose potential partners in the form of sexual imprinting.1

The idea of imprinting was discovered by the English biologist Douglas Spalding, who, whilst observing the behavior of chicks and adult chickens, noted the "stamping in" of the impression left by the first moving object that a chick saw. Across many birds and mammals, the first movement seen by newborns is the mother, and as Spalding observed, the chicks would follow their mother around as a result (Spalding, 1873).2

What distinguishes a 'stamped in' impression from any other memory or observation that the chicks witnessed?

The lasting impression as observed by Spalding was first identified as 'imprinting' by the German biologist Oskar Heinroth (1871-1945). However, it was Heinroth's student, the Austrian ornithologist Konrad Lorenz (1903-1989) whose studies with geese popularised the idea of filial imprinting - the imprinting created between caregiver and infant.

VIDEO: https://www.youtube.com/watch?v=JGyfcBfSj4M - When Lorenz was the first creature that his goslings saw on hatching, a lasting imprint was created and they followed him as though he was their mother.

Lorenz (1935) divided a set of greylag goose eggs into two groups. He allowed the first group to be incubated as normal by the mother goose and following hatching, she was the first moving object that the goslings saw and formed an imprint of.

The second set of eggs demonstrated imprinting in a more surprising way. Lorenz artificially incubated the eggs, separate from the mother, and ensured that he was present when the eggs hatched. As a result, he was the first moving presence that the goslings in the second set experienced.

Just as imprinting would have predicted, the baby geese began to follow Lorenz around as though he was their mother, regardless of the fact that he neither resembled nor was of the same species as the birds.3

Beyond Lorenz's relatively uncontrolled studies of geese, what else do we know about imprinting and why is it so important in animals' cognitive development?

The significance of filial imprinting in humans and other animals is unmistakable - the recognition of a maternal figure gives animals a survival advantage in understanding who they can trust and where food can be obtained from. For ducklings, who remain with their mother until they are able to survive alone in the wild, imprinting is an essential in-built skill which they may not be able to live without.

How does imprinting occur?

In Memory, Imprinting, and the Brain, biologist Gabriel Horn published findings of an investigation into how imprinting occurs in the brains of birds. Horn claimed that, in order for imprinting to take place, activity must be allowed to take in the hyperstriatal ventrale. Indeed, if this is damaged or removed, the birds will be unable to form imprints when they see their mothers (Horn, 1985).4 However, as Horn's research was specific to the anatomy of birds' brains, it is of limited help in our understanding of human imprinting.

The principles of imprinting have even been put to practical use outside the experimental environment, most notably in teaching birds a migration path in the absence of a maternal figure to guide them.

In 2003, a set of endangered Siberian cranes were being bred in captivity at the Oka Nature Reserve outside of Moscow, Russia. The birds needed to make a migration to the Caspian Sea, some 3,000 miles from their home, but experience of the journey had not been passed down as it might have been in the wild. Instead, the birds were imprinted with the hang-glider Angelo d'Arrigo, whose aircraft was the first object that they saw upon hatching. The hang-glider became the maternal substitute for the birds, and d'Arrigo flew to the Caspian Sea with the birds in pursuit of him.

The implications of imprinting reach beyond the people we form attachments with as dependents. Research also indicates that imprinting helps to determine our sexual preferences as adults with regards to finding a partner, showing us the characteristics to search for in a potential mate. This type of learning is distinct from filial imprinting and is referred to separately as sexual imprinting.

In a 1977 study by James Gallagher, male Japanese quails were exposed to either albino or non-albino females for days at a time in order for imprinting to occur. Most quails would then select a partner in concordance with the type of female imprinted upon them earlier, searching for the visual characteristics that they observed in the maternal figure (Gallagher, 1977).5

In 2006, an experiment took this one step further and found that animals often seek characteristics in a partner that are exaggerations of those of those seen during imprinting. Nail varnish was used to paint the beaks of Zebra finches. The birds that they raised were then observed selecting a mate and were found to choose females whose beak color was an exaggerated color of that of the imprinted parent's (Cate, Verzijden and Etman, 2006).6

Given that mating and reproduction are influenced by biological factors such as genes and hormones, we might expect that sexual preference would be hard-wired rather than being determined by behavior during postnatal development.

However, in a study of hermaphrodites, whose biological gender and self-perceived gender identity were ambiguous, Money et al found that participants' eventual gender identity was determined more by the gender imprinted socially than by the identity suggested by anatomical or genetic factors, generally even where the latter was different (Money, Hampson and Hampson, 1957).7

The study by Money et al and numerous studies since have emphasised the influence of a person's environment and their experiences during the critical period of development on their eventual identity and behavior, rather than one's biology determining their gender from birth. However, the mere presence of a family member is not the sole factor in imprinting: the quality of the relationships formed between an infant and caregiver can affect the sexual imprinting process.

One study investigated the relationship between adopted girls and their adoptive fathers and found that, where those relationships provided a supportive emotional environment for the girls, they would be more likely to go on to select a partner who more closely resembled the adoptive father than those with a less empathetic relationship (Bereczkei, Gyuris and Weisfeld, 2004).8

While filial imprinting serves as a survival instinct, helping an animal to identify and remember their caregiver, we might question whether any practical purpose is served by the process of sexual imprinting. Why should the characteristics of a parent be sought out in the mates of their offspring? Would this not encourage incest if an animal mates with too close a genetic match? Indeed, one theory put forward by Edvard Westermarck in The History of Marriage (Westermarck, 1891) seemingly contradicts any evolutionary advantage to sexual imprinting. In what is now referred to as the Westermarck effect, he noted that people tend to develop a passiveness towards those in their close environment and will tend to seek mates outside of their social circle.9

Recent research has emphasized the importance of experience over mere observation in order for imprinting to occur. David C. Rowland, a researcher at the University of Oregon, demonstrated this in an experiment involving rats (Rowland, 2011). The rats were placed in a box and were able to see but not access an outer box. After they had made observations of the boxes, some of the rats were injected with saline, and others with an NMDA receptor-blocking chemical, limiting new memories being created. All of the rats were then allowed to experience the outer box, walking around it and investigating the new environment.

Rowland monitored the rats' neural activity in the hippocampus area of their brains and discovered that rats processed the outer box as a completely new environment. This demonstrates that in order for a memory to be properly imprinted, we need to experience it first-hand.10 For example, it can seem easier to remember a driving route when you have driven it and experienced it, compared to simply checking the route on a map, even though the route is the same.

Superstition
How Skinner's pigeon experiment revealed signs of superstition in pigeons.
Psychology Studies and Experiments
Evaluations, summaries and guides to a vast range of psychology studies and experiments. Ideal for psychology students and tutors.
Anna O: Sigmund Freud's Case History
The life and case study of Anna O: how Sigmund Freud was influenced by one woman's experiences.