The life and case study of Anna O: how Sigmund Freud was influenced by one woman's experiences. 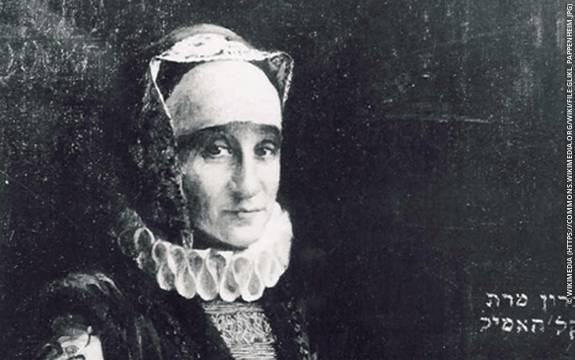 The hysteria and treatment of Anna O is one of the case studies most closely associated with the Austrian psychoanalyst Sigmund Freud. Her case was first discussed in Studies on Hysteria (Freud and Breuer, 1895), a joint work published in 1895 by Freud and his friend, Josef Breuer, a fellow Austrian physician.1 Although Anna O is closely associated with Freud, it is believed that he never actually treated her - it was, in fact, Breuer who saw the patient. Her influence only impacted on Freud’s work later when Breuer relayed her case to him.

Who was Sigmund Freud and how did his theories become so influential in psychology? Learn more

Anna O (Breuer and Freud’s pseudonym for Bertha Pappenheim), was born on 27th February, 1859 in Vienna, Austria to Siegmund and Recha Pappenheim. Her family adhered to Orthodox Judaism and were relatively privileged. Anna had a younger brother, Wilhelm Pappenheim, and two older sisters. In 1867, when she was just 8 years old, her sister, Henriette, died from tuberculosis.

The age and society within which Anna grew up limited women’s opportunities and she left school to take up leisurely activities such as sewing, rather continuing her education.

In 1880, Anna’s father contracted tuberculosis and Anna devoted herself to caring for him whilst he was limited to his bed. Unfortunately, her father’s illness was fatal and he died in April of the following year. However, it was whilst he had been ill that his daughter also fell ill, albeit with different symptoms. Anna began to consult Josef Breuer for the symptoms relating to her illness.

Freud noted that, prior to her illness, Anna had lived a healthy life and was intelligent, with an active imagination, regularly daydream as she undertook household chores. Her devotion to caring for her sick father began to take its toll on her, however, until a point where Anna was prevented from seeing him.

Breuer summarised the illness of Anna O in four stages:

The symptoms exhibited by Anna herself were wide ranging, from a cough to behavior-related symptoms including sleep walking:

Eventually Anna was diagnosed with hysteria, and spent much of the daytime in a state of anxiety experiencing hallucinations such as those of skeletons and black snakes, possibly resulting from seeing her own hair. During the day she would also awake from naps in a state of discomfort, crying, “tormenting, tormenting”.

After sunset, Anna entered a state of deep hypnosis. Freud noted that, if she was able to describe the hallucinations of the day in her trance-like state in the evening, she would be able to awake normally and spend the rest of the evening more at ease.

Noticing the benefit that the release of anxious thoughts had on Anna, Breuer began treatment with what would eventually be described as “talking therapy” (referred to Anna as “chimney sweeping”) - engaging in conversations with his patient on a daily basis, talking to her about her problems in search of a psychological basis for the hysteria.

Anna’s habit of storytelling provided Breuer with an intriguing insight into her state of mind. These fairytale-like tales reminded him of Hans Christian Anderson’s work, and were generally of a unhappy nature. Many of the stories that she would tell involved sitting by a sick person’s bedside, echoing Anna’s experience in caring for her father.

She also relayed a dream similar in subject matter, in which a black snake approached the person in the bed. Anna felt paralysed in the dream, and was unable to protect the bed-bound patient from the creature. Freud concluded that the paralysis that she experienced in reality was linked to that which she had experienced in an anxious state during the dream.

During her meetings with her therapist, Anna also recalled an occasion when she was younger and had a glass of water. She recalled seeing her nanny’s dog, whom she did not like, approach the glass and take a drink from it, causing her to be repulsed at the thought of sharing her glass with the dog. Breuer attributed this traumatic experience to her inability to drink water - Anna had formed an association between the water and the negative event earlier in her life.

Breuer and Freud believed that bringing unconscious anxieties, such as hallucinations and traumatic experiences, to the conscious attention, Anna could overcome any related symptoms. Over time, her problems ceased and she made a gradual recovery, was given a pet dog to look after and engaged in charity work helping other ill people.

The illness of Bertha Pappenheim (Anna O) formed a case history which was to greatly influence the ideas of Breuer and his colleague, Sigmund Freud, in particular his psychodynamic approach. 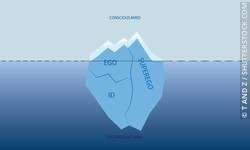 How Freud's theories of the human psyche seek to explain the influence of our subconscious. Learn more

Anna's treatment led both to emphasise the impact of previous traumas and subconscious ideas on the conscious mind, and gave rise to the use of “talking therapy”, along with hypnosis and regression, to identify the possible causes of mental illnesses.

Later in her life, Anna became a prominent figure in the feminist movement in Austria and Germany, which she believed passionately in following her restrictive upbringing. She founded the League for Jewish Women in 1904 and was an active supporter of the the cause until she died in 1936.

What's your personality type? Find out with this test.

Test your knowledge of Sigmund Freud and Freudian psychology with this revision...

Test your knowledge of defense mechanisms in psychology with this revision quiz.

The Case Of Little Hans