The Case of Little Hans 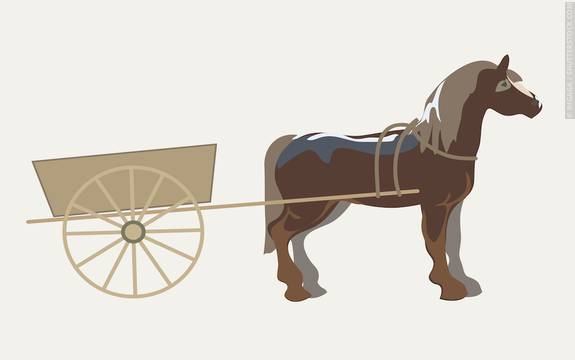 The case of Little Hans is perhaps the best known of Sigmund Freud’s case studies. The study details the life of a five year old boy whose father sought help from Freud for his fear of horses. The psychoanalyst believed that Little Hans’ behavior provided much needed evidence in support of his theory that infants proceed through five stages of psychosexual development, and published the case in a paper entitled Analysis of a Phobia in a Five-Year-Old Boy (1909).1

The name ‘Little Hans’ is a pseudonym for Herbert Graf, the son of Viennese music critic Max Graf, a family friend of Freud and a follower of his theories. Little Hans was born in 1903 in Vienna and, unusually, was not treated directly by Freud but rather by his father, who would correspond with Freud through a series of letters, detailing his son’s behavior and quoting their conversations. Only on one occasion did Freud hold a session with the boy in person.

Little Hans had been affected by a traumatic event which had occurred when he was four years old in which he had witnessed an accident: a horse carrying a heavily loaded cart collapsed in the street. After the event, the boy’s parents noticed that he had begun to develop a fear of horses, particularly those carrying a heavy load or those with black around their eyes, or wearing blinkers. It was believed that the phobia was linked to the sight of the large genitalia of the animals, and a fear of horses led to Little Hans trying to avoid leaving his home in case he encountered one of the animals. In Graf’s letters to Freud, he describes a preoccupation with the male genitals which led his wife to threaten the son with calling a doctor to castrate him if it did not end.

Max Graf relayed to Freud numerous conversations with his son which he felt might be of significance to the case. On one occasion, Little Hans described two giraffes entering the room that he was in. He imagined one of the giraffes to be crumpled, and took it away from the second giraffe, who called out to him.

Additionally, sibling jealousy became a problem for Little Hans. When he was 3 ½ years old, his mother gave birth to a baby sister. The attention of his mother that his newborn sister deprived him of led to feelings of jealousy towards her, and he indicated a wish that she would drown in the bath. Little Hans himself also developed a fear of such misfortune occurring to him. The birth of his sister led Little Hans to question the process of conception and childbirth. Unwilling to explain this to their son, his parents provided with a traditional story of stork birds delivering newborn babies in boxes.

By the time Max Graf sought help from Freud, his theory of psychosexual development had already been established. Freud believed that infants experience five stages during which the primary erogenous zone changes. To summarize, the first three stages are:

The birth of a sister and behavior described by Max Graf occurred whilst Little Hans was experiencing the phallic stage. According to Freud’s theory, his preoccupation with male genitals at this age could be understood in terms of the focus that they attracted during this stage. During the phallic stage, Freud also believed that he demonstrated signs of an Oedipus Complex, whereby the love and attention provided by the mother leads to a child’s resentment of their father, who threatens to steal the affection away from them. They may fear that the father will eliminate the threat that they pose by castrating them, leading to castration anxiety.

Freud interpreted Little Hans’ fantasy involving the two giraffes symbolically. As his father was absent for periods of time, Little Hans was allowed to sleep in his parents’ bed. Freud saw the crumpled giraffe as representing the boy’s mother - he attempted to steal her away from the other giraffe, who denoted his father, and was met with cries of opposition.

This view was further supported by a conversation in which Little Hans referred to his father as “grandfather”, envisaging himself replacing him as the paternal figure and the focus of the mother’s affection.

Little Hans’ fear of horses could also be understood in symbolic terms. Freud felt that the large genitals of the animals led to him experiencing the displacement of a fear of his father onto the horses. The black surrounding their eyes reminded Little Hans of his father, with their blinkers resembling the man’s glasses.

According to Freud’s psychoanalyst daughter, Anna Freud (1895-1982), in The Ego and the Mechanism of Defence (1936), the conflict between the father and son in competition for the affection of the mother may be resolved through a defence mechanism process known as identification with the aggressor. Through such a process, the child believes that they can appease the father by adopting his behavioral characteristics in the hope that a similarity between the two will reduce any potential conflict.2

Freud and Graf noted how Little Hans’ fear of horses was reduced with his description of a fantasy which suggested the resolution of his castration anxiety, and with his acceptance of an Oedipus Complex, with his admission in another fantasy that he would like to replace his father and have children with his mother.

Little Hans visited Freud at the age of nineteen and his was described by Freud to be healthy, suggesting the long-term resolution of his fear. He (Herbert Graf) would go on to develop a successful career as an opera director. Graf died in Geneva in 1973.

Freud’s interpretation of the case of Little Hans and his use of the boy’s experiences to support his theories of psychosexual development have been criticised by psychologists more recently. Jerome Wakefield applied John Bowlby’s theory of attachment to Little Hans’ giraffe fantasy, proposing that it was symbolic not only of his parents but also of the competition between him and his younger sister for the attention of their mother (Wakefield, 2007).3

The process by which Freud obtained evidence to support his ideas has also been questioned. The case is based in part on letters from a person who Freud believed Little Hans feared and resented, raising questions as to how frank the conversations between father and son could have been.