A history of Wolf Man, a client of the psychoanalyst Sigmund Freud. 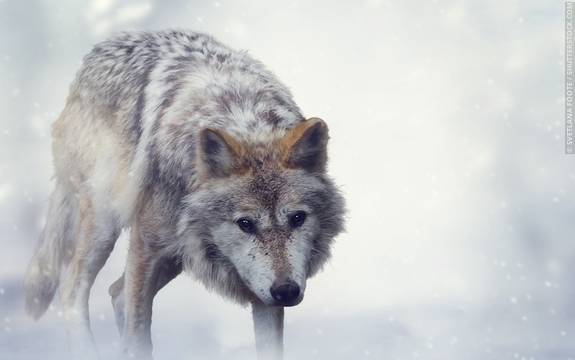 Alongside the cases of Anna O and Little Hans, the life of a man known as “Wolf Man” helped to popularise Sigmund Freud’s psychodynamic approach which emphasized the significance of events earlier in life and their impact on our wellbeing as we grow older.

Freud learned of Wolf Man’s development of an irrational fear of animals - even butterflies - as a child and believed that he could identify the traumas which had led to this fear, along with other issues such as obsessive religious practise and castration anxiety. After a long period of sessions with Freud, the psychoanalyst published Wolf Man’s case history in From the History of an Infantile Neurosis in 1918.

Who was Wolf Man?

Wolf Man was Freud’s pseudonym for Dr. Sergeï Pankejeff, who was born in St Petersburg, Russia in 1886, the youngest of two siblings. His health had deteriorated after he had suffered from gonorrhea aged eighteen and he eventually felt unable to pass bowel movements without the assistance of an enema.

He also felt as though he was separated from the outside world by a veil and had become unable to function normally without assistance by the time his physician referred him to Freud in 1910.

Wolf Man’s sessions began in February of the same year and, following persuasion from Freud, he agreed that their sessions would continue only up to a set date. Freud believed that this would motivate his client to lower his resistance and to cooperate more than if they were to see each other indefinitely. In the event, though, their sessions would continue intermittently for many years beyond the date agreed.

Freud investigated Wolf Man’s childhood and youth in an attempt to trace his symptoms to events in his youth. He discovered that the man had been born into a relatively happy marriage, until health problems began to affect both parents. His mother began to suffer from abdominal problems, whilst his father experienced bouts of depression. He would be missing from the family home for periods of time as a result, with Wolf Man only learning the reason for this when he grew older.

As a child, Wolf Man was initially a calm, quiet character. As a result of this, and his sister’s boisterous behavior, he recalled having been told that he should have born in his sister’s place and she in his.

However, the boy’s parents found a dramatic change in his attitude when they returned from holiday on one occasion. The boy had become argumentative, irritable and sometimes violent. His parents suspected that this was a result of the new English governess who had begun caring for the children: known to enjoy a drink, the woman argued with the nanny, with Wolf Man opting to side with the latter, whom he held in great esteem. This disruptive aspect of his personality lasted until he was around eight years of age.

Further irrational behavior affected Wolf Man as a child. He developed a fear of wolves and was teased by his sister who would upset him with an illustration of the animal from a book. But this fear was not limited to wolves - beetles and caterpillars also became a source of anxiety for him. Freud recounted one occasion when Wolf Man was pursuing a butterfly, and whilst doing so, became afraid of butterflies, forcing him to cease his chase.

This fear of animals, which had emerged as he approached the age of four, caused some confusion to Freud, as he learnt that the boy had simultaneously taunted caterpillars, cutting them into pieces, and was violent towards horses, without fearing them.

Upto the age of around ten, Wolf Man also became unusually zealous in his religious worship and developed a nightly routine of praying and kissing any icons in the house. Blasphemous thoughts entered his head and a strange association occurred: the sight of horse manure in the road would result in religious thoughts. A fear of turning into the aging men or beggars who he passed in the street resulted in him creating a ritual of breathing out in an exaggerated fashion as he passed them.

Understandably, Freud was keen to understand the impact, if any, of Wolf Man’s relationship with his parents, sister and the governess had on this unusual behavior.

Relations between the governess and Wolf Man had initially been difficult, with her insulting his nanny and he feeling the need to side with the latter. But had this been the cause of his anxieties?

Freud believed that the man had developed “castration anxiety” as a result of numerous childhood events. Firstly, he had recalled the governess giving him chopped sugar sweet sticks, which she had described as resembling snakes that had been cut up. Wolf Man had also been told the story of Reynard, a cunning mythical fox who lost his tail in the ice whilst using it as hunting bait. Freud also identified Wolf Man witnessing his father chopping a snake into pieces whilst out walking, as a possible source of this irrational castration anxiety, which may have led to his fear of horses and caterpillars, owing to their phallic shape.

A fear of emasculation, linked to this castration anxiety, may also have resulted from Wolf Man’s incestuous relations with his sister. The two would become good friends, but Wolf Man later made advances towards her which, Freud noted, were rejected, and the desire that he felt may have lead to repressed feelings of guilt. Freud believed that Wolf Man’s later preference for girls lower in social stature and intelligence (which his sister was praised for, to envy of her brother) was a result of him attempting to fulfil his affection for his sister with another, less threatening, woman.

During his sessions with Freud, Wolf Man would describe the contents of his dreams to his therapist, allowing for their interpretation. The most significant dream involved white wolves, earning his pseudonym from Freud:

Wolf Man was in bed when he was suddenly awoken and, looking out of the bedroom window, he saw six or seven white wolves sat in a walnut tree outside, focussed on him. Certain features of the wolves resembled those of other animals - their tails, for example, were more like those of foxes than of wolves.

Afraid of the wolves entering his bedroom and attacking him, Wolf Man awoke and had to be reassured that he the dream was just that before he could return to sleep comfortably.

What was the significance of the wolves in the dream and Wolf Man’s fear of the animals?

Freud linked the dream to a story that the man’s grandfather had told him, in which a pack of wolves are pursuing a person and one allows the others to climb it in order to reach their victim. He attributed the loss of the wolves’ normal tails to the castration anxiety that he had identified in his patient. Moreover, he believed that the man’s relationship with his father was a source of his anxieties.

Wolf Man had admired his father as a “gentleman” role model, and the two had enjoyed a close relationship whilst he was young. However, the father’s depression did not help their relations and he grew closer to Wolf Man’s sister. Freud believed that Wolf Man had developed a fear of his father, and that his misbehavior as a child was a masochistic attempt to be beaten by him. His father had, however, resisted reprimanding his son, attempting instead to reconcile with him.

According to Freud, this refusal to fulfill Wolf Man’s intentions lead to this desire being repressed and may have been the source of his anxiety. As a result, Wolf Man’s subconscious preoccupation with the wolves may have in fact been the threatening representation of his father that he had in mind when he misbehaved.

Despite Freud’s interpretation of Wolf Man’s condition, he continued to suffer beyond the cut-off date originally set by Freud, and would to visit him intermittently for many years, along with other therapists. His sister committed suicide after complaining of maltreatment by an older woman who she went travelling with and his father died a year later. Living until the age of 92, Wolf Man would excel in a range of artistic endeavours, and even recounted his white wolves dream in a 1964 painting entitled My Dream.1

What's your personality type? Find out with this test.

Test your knowledge of Sigmund Freud and Freudian psychology with this revision...

Test your knowledge of defense mechanisms in psychology with this revision quiz.

The Case Of Little Hans