A look at the background and dreams of Sigmund Freud's well-known patient, Dora. 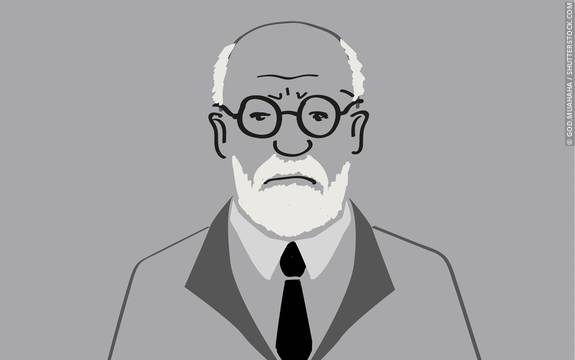 During a career spent treating clients using psychoanalysis, Sigmund Freud (1856-1939) discussed numerous case studies of patients with colleagues in an effort to develop and support his psychodynamic theory of the human mind.

Subjects of his case studies included Ernst Lanzer, who became known as Rat Man owing to his irrational fear of family members being injured by rodents, and a patient of his friend, Josef Breuer, referred to as Anna O, who had been regressed in an effort to discover the causes of her symptoms.

Through the treatment of actual clients, Freud claimed that repressed traumatic events of the past could contribute towards a person’s present day problems.

Another patient who sought help from Freud and whose story was published as a case study was Dora, a girl whose inexplicable cough led Freud to pursue psychological causes of her symptoms. Her treatment was reported by Freud in Fragments of an Analysis of a Case of Hysteria in 1905, five years after she had consulted Freud.

Dora was Freud’s pseudonym for a girl named Ida Bauer, who was born into a middle-class Jewish family on November 1st, 1882 at Bergassa 32, Vienna on the same street as Freud resided. Her ancestors had emigrated from Bohemia prior to her birth but her father, Phillipp, continued to earn a living from the clothing factories there. Dora had an older brother, Otto Bauer (1881-1938), who would later become a key member of the Austro-Marxist movement.

Freud described himself as a “conscientious archaeologist”, uncovering past events in Dora’s life and investigating her familial relationships. He reported that Dora admired her brother and father, with the latter maintaining a close relationship with Dora. By contrast, she was distant from her mother, Katharina Gerber, who assumed the role and duties of housewife and developed habits of obsessive cleaning. Her relationship with her daughter gradually deteriorated to the point of Dora ignoring her.

Throughout her childhood, Dora’s father suffered from ill health and was temporarily blinded by a detached retina in 1905, although was later able to regain partial sight. The symptoms of syphilis which he had contracted prior to marriage led him too to seek help from Freud in 1894, when he experienced partial paralysis and psychological issues including confusion.

Dora herself had suffered from health problems too - since an outing involving climbing, she had also developed a nervous cough and at times, lost her voice. At the age of around 12, she also experienced headaches and at times, migraines. Dora visited Freud in 1898 but as she appeared to recover, the full treatment that Freud had suggested had been unnecessary.

Diagnosed with hysteria, she underwent hydrotherapy and electric shocks in an effort to combat the symptoms, but to no avail. A turning point was reached when she accused a family friend of making a pass at her, insisting that relations between her father and the man were ended. In 1900, Phillipp Bauer sought help from Freud once more for his daughter.

Freud referred to Dora’s symptoms as “petite hystérie” and was keen to understand her circumstances. He discovered that the Bauers were close friends with another couple, Herr and Frau K. Whilst Phillipp Bauer’s wife had become distant, Frau K had been keen to care for him during his illness, and although Dora had enjoyed an amicable relationship with her, she had become convinced that she was having an affair with her father. Throughout her childhood, Herr K had also shown affection towards Dora, who accused him of making advances towards her - and accusation which, confronted by her father, Herr K denied, blaming the books that she had been reading, such as Paulo Mantegazza’s Physiology of Love, for influencing her.

Dora’s father was skeptical of the accusation and refused to cease relations with Herr and Frau K. However, on further investigation, Freud obtained further suggestions of Herr K making advances towards Dora, which she had also resisted, prior to the present allegations.

During their sessions together, Dora also revealed the content of her dreams to Freud, who encouraged her to de-construct them in an effort to identify any themes or symbolic elements which might reveal repressed anxieties - factors which Freud believed could be linked to Dora’s other symptoms.

In a recurring dream, Dora recalled being awoken in bed by her father as the house was on fire. Although her mother insisted on staying in the burning house to find her jewellery box, her father refused, insisting that he did not perish with his two children just to save the vanity item.

At face value, the dream reflected a fear of being burnt alive, which Freud attributed to Dora’s cousins playing with matches along with her mother insisting on locking the dining room door, which prevented her brother’s route of exit had there been a fire in the house. Whilst this fear may not have affected Dora consciously, the anxiety evidently played on her mind at a subconscious level.

Freud viewed specific elements of the dreams as being symbolic, representing more obscure thoughts. He believed that Dora’s close relationship with her father and Herr K’s harassment of her were symbolised in the dream. Having once been taken by surprise by Herr K, Dora had been wary of him appearing unannounced. Freud believed that Herr K was represented in the dream therefore by her father, who awoke her unannounced in a reversal of symbols to represent her affection towards her father

Herr K had previously given her a jewellery box as a gift, and, as the term ‘jewellery box’ was, at the time, also a colloquial reference to female genitals, Dora was anxious to protect this representation of chastity from her father’s, who wanted to save his family in the dream from the passion that the house fire embodied.

Freud also de-constructed a second dream, in which Dora found herself walking through a strange town to her apartment, where a letter from her mother reveals her that her father has died, inviting her to return home. In pursuit of the train station, strangers keep telling her that it is just five more minutes away. When Dora finally reaches the station and reaches her mother’s house, the family have already left for the cemetery.

Dora recalled that, after resisting Frau K’s advances towards her by a lake, she had left him and asked a stranger for directions, but despaired when they told her that she would have to walk for a further 2 ½ hours. Freud attributed this to the situation in the dream, when she walked hopelessly asking for directions. Making a more contrived interpretation, he assumed that the train station was symbolically phallic and suggested to Dora that the dream represented ideas of “defloration” and explained her experience of appendicitis, which she claimed to have felt nine months following her experience with Frau K, as a “childbirth fantasy”.

Freud’s interpretation of Dora’s dreams epitomised the approach that he described in his 1899 book The Interpretation of Dreams. However, it did not solve the mystery of Dora’s symptoms. Instead, he felt that the oral stage of psychosexual development during the first year of Dora’s life has been interrupted, leading to an oral fixation which would explain Dora’s smoking habit and nervous cough. Other symptoms such as a stomach ache in the absence of her parents were, according to Freud, an attempt to gain the attention and love of Dora’s parents when she had to share such affection with her brother. Freud believed that she was also jealous of the affection that Frau K attracted from her father. This subconscious desire for her father’s attention might today be attributed to the Electra complex, the equivalent in females to the Oedipus Complex that Freud theorised.1