Inside the Mind of Daniel Schreber

A look at Sigmund Freud's interpretation of Daniel Schreber's fantasies detailed in Memoirs of My Nervous Illness. 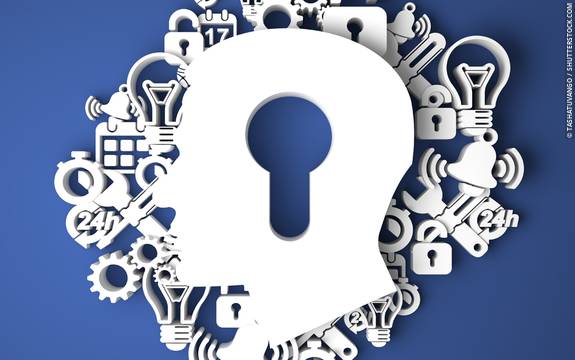 One well known case examined by psychoanalyst Sigmund Freud was that of Dr. Daniel Schreber (1842-1911), an ambitious German judge who, as well as battling through numerous periods of illness, stood for election and published his own case history as a book which would become an influential talking point in psychology.

Although Freud’s published case histories were usually derived from clients whom he saw at his own practise, he never treated Daniel Schreber, and the two are not believed to have consulted one another given that the latter’s symptoms would normally have led to hospitalisation rather than consultations at a clinic such as that of Freud.

Instead, Freud read of his experience in his 1903 publication, Memoirs of My Nervous Illness and published his own analysis of Schreber eight years later in Notes upon an autobiographical account of a case of paranoia (dementia paranoides) (1911). In the later publication, Freud invoked his own ideas which would eventually form the basis of the psychodynamic approach in psychology.

Daniel Paul Schreber was born in Leipzig, Germany in 1842, the second of five children of Pauline and Daniel Gottlieb Moritz Schreber (1808-1861), the latter being a renowned physician who would become the director of a sanitorium in Leipzig in 1844. An intelligent man, he followed his older brother, Gustav, into the legal profession, with both brothers becoming judges.

Mental illness, however, troubled the family - Daniel’s brother would eventually commit suicide in 1877, whilst his father suffered from long-term depression prior to his death in 1861.

Daniel himself would suffer from mental illnesses on numerous occasions throughout his life, leading to him being institutionalised for at least two times.

Although Freud based his analysis primarily on Schreber’s second period of illness, he also mentioned in his book a prior duration of illness. After running as a candidate in the Reichstag elections of 1884, Schreber was defeated - a result which he found difficult to accept. He sought help from Paul Flechsig (1847-1929), a professor of psychiatry at the University of Leipzig. After six months of treatment at Professor Flechsig’s clinic, Schreber appeared to make a full recovery from a case of “hypochondria” and consultations ended in 1885. Schreber’s second period of illness, however, would see a return to the psychiatrist.

On October 1st, 1893, Schreber took up a new position as the Senate president of an Oberlandesgericht court in Dresden. After receiving prior notice of his new position, he had began to experience dreams in which his initial problems would return.

Schreber recalled one memorable occasion on which he was laid in a half-asleep state, when a thought came to him:

“after all it really must be very nice to be a woman submitting to the act of copulation.” (Freud, 1911)1

Less than a month after beginning his new position at a Dresden court, Schreber returned to Professor Flechsig complaining of “sleeplessness”. Once with Flechsig, however, Schreber’s earlier hypochondria also reemerged. He became over-sensitive to both light and audio stimulation, whilst experiencing fantasies of a morbid nature, such as that he was suffering from a plague. He would sit completely still for hours at a time in a “hallucinatory stupor”, and described believing that he was able to communicate directly with God, experiencing ideas of a religious nature, such as a belief that he was hearing religious-themed music.

Schreber also expressed a belief that an onus was on him to save the world, but that this could only be achieved by him being transformed into a woman, creating a new population after being impregnated by God.

The persistence of his experiences led Schreber to attempt suicide by various means, including trying to drown himself in a bath, but he failed. He began to blame Professor Flechsig for his problems and referred to him as a “soul murderer”.

Schreber was eventually moved between hospitals until he ended up in Sonnenstein Castle, which served as an asylum at the time. His carers noted a dualism to Schreber’s personality. On the one hand, he was able to engage in polite conversation and possessed a keen intellect. At the same time, however, he accepted his own fantasies.

In an extensive critique of Schreber’s account of his illness, Freud noted how religious themes permeated many of the man’s experiences - in particular, his emasculation fantasy. Schreber was himself, Freud recalled, not a particularly religious man, taking an agnostic view of religious affairs. However, prior to his illness, he had begun to experience religious doubts - unusual for a man who placed no great importance on spiritual affairs. Freud asserted that his religious fantasies and a belief in the need to be emasculated in order to save the world formed part of a “redeemer delusion”, whereby a person feels that they have been assigned a religious role of ‘redeemer’.

But why did Schreber feel the need to be turned into a woman?

Freud interpreted this desire as an “emasculation fantasy” which satisfied Schreber’s innate “homosexual impulses”, citing the author’s claim to have cross dressed privately in the past. The psychoanalyst believed that these feelings extended towards his father and brother, but voices that Schreber heard tauntingly calling him “Miss Schreber” may have indicated a sense of guilt for experiencing these desires.

According to Freud’s psychodynamic theory, desires which a person feels guilt for experiencing tend to be repressed, but remain in the subconscious mind. These repressed desires surface as a “wish fantasy” with ideas of emasculation, whereby Schreber’s homosexual desires are fulfilled.

Freud also attached significance to the breakdown in patient-doctor relationship between Schreber and his initial therapist, Professor Flechsig. Why, asked Freud, had the patient turned against Flechsig during their second set of consultations after the professor had helped him to recover from his first period illness? Did Schreber also experience desires towards Flechsig? Freud proposed that Schreber’s distrust towards the professor was a result of transference - that his feelings towards a family member had been transferred and directed towards Flechsig.

Freud described how transference occurred in two forms. Firstly, Flechsig may have merely represented his older brother, Gustav, whom Freud believed Schreber had experienced repressed feelings towards. His accusation that Flechsig was a “soul murderer” was perhaps not then directed towards the professor himself, but rather his brother.

As Schreber would have felt it to be unacceptable to express his repressed feelings explicitly towards Flechsig, we see in his fantasy a desire to copulate instead with a third party, God. However, Freud noted that the uncommon attributes of God as described by Schreiber resembled his impression of his father, and suggested a second occurrence of transference between the two.

Schreber wrote Memoirs of My Nervous Illness in which he detailed his experiences whilst in hospital, but remained in care until his release in 1902, and his book was published in 1902. However, following his mother’s death in 1907, he was again confined to an asylum where he would remain until his own death in 1911.1

The Case of Little Hans
How Freud used a boy's horse phobia to support his theories.
Dora Case Study
A look at the background and dreams of Sigmund Freud's well-known patient, Dora.
Wolf Man
A history of Wolf Man, a client of the psychoanalyst Sigmund Freud.