How the Fight-or-Flight response explains stress. 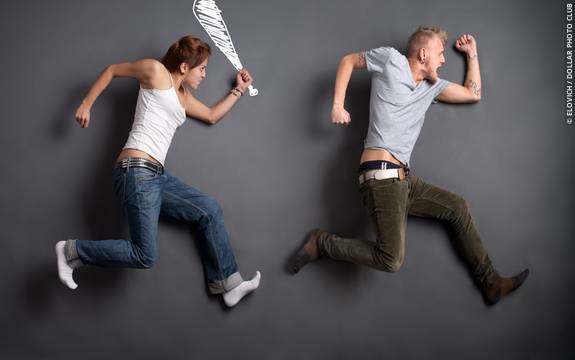 What is the fight or flight response?

The flight or fight response, also called the "acute stress response" was first described by Walter Cannon in the 1920s as a theory that animals react to threats with a general discharge of the sympathetic nervous system. The response was later recognized as the first stage of a general adaptation syndrome that regulates stress responses among vertebrates and other organisms.

The onset of a stress response is associated with specific physiological actions in the sympathetic nervous system, primarily caused by release of adrenaline and norepinephrine from the medulla of the adrenal glands. The release is triggered by acetylcholine released from preganglionic sympathetic nerves. These catecholamine hormones facilitate immediate physical reactions by triggering increases in heart rate and breathing, constricting blood vessels and tightening muscles. An abundance of catecholamines at neuroreceptor sites facilitates reliance on spontaneous or intuitive behaviors often related to combat or escape.

Normally, when a person is in a serene, unstimulated state, the "firing" of neurons in the locus ceruleus is minimal. A novel stimulus, once perceived, is relayed from the sensory cortex of the brain through the thalamus to the brain stem. That route of signaling increases the rate of noradrenergic activity in the locus ceruleus, and the person becomes alert and attentive to the environment.

If a stimulus is perceived as a threat, a more intense and prolonged discharge of the locus ceruleus activates the sympathetic division of the autonomic nervous system (Thase & Howland, 1995). The activation of the sympathetic nervous system leads to the release of norepinephrine from nerve endings acting on the heart, blood vessels, respiratory centers, and other sites. The ensuing physiological changes constitute a major part of the acute stress response. The other major player in the acute stress response is the hypothalamic-pituitary-adrenal axis.

What is stress? What happens to make us stressed? Find out what a popular theory on stress explains how it aids our survival, and what a folklore story says about the topic. What is stress?
What can happen when stress becomes serious: Karoshi 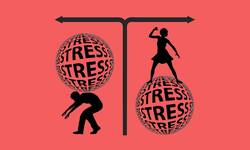 Take the stress test and measure your stress levels.

10 Sources Of Stress (and How To Avoid Them)

What events cause the most stress and how can we avoid them?

Test your knowledge of the fight-or-flight response with this revision quiz.

Claustrophobia In The Trenches

How W.H.R. Rivers helped a sufferer of claustrophobia in the trenches during...