A look at theories of human intelligence, and how we can categorize difference types of intelligence. 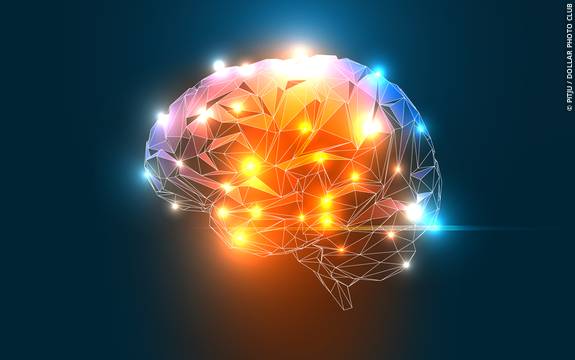 Intelligence is a subject that is often discussed in psychology. It is not easy to define into a clear definition. Is it the ability to perform well on tests? Is it about many different things that may or may not be related to each other? Here are some theories that you may find interesting.

Howard Gardener presented a theory of many different intelligences. He was not enthralled with people that did very well on tests. To him, there were many other types of intelligence to consider. This is especially true in different cultures.

In primitive societies, the ability to hunt or make baskets may be a highly valued form of intelligence. And of course, in the modern world, it may hold no true significance. Gardner believed that there were a total of seven intelligences that human beings possessed.

Some may think that these intelligences are what is referred to as gifts and not an actual intelligence, per say. Sternburg believed that many of these "intelligences" were actually natural abilities or talents.

Sternberg2 developed a triarchic theory of intelligence. He believed that intelligence had a great deal to do with humans adapting to their environment all throughout their lives. Sternburg's successful intelligence ideas had three factors.

The main criticism of this is that unconventional intelligence cannot be accurately measured.

Louis Thurston3 has been well known in the psychology community for factor analysis. This brought a high degree of analysis4 to intelligence. People now had charts and graphs and material to compare. This had not been possible, before. Without getting too technical and mathematical, here is a rundown on his factor analysis.

Correlation data is reduced to smaller amounts and this deals with things like variables. Information becomes easier to process and understand, this way. Observed variables are seen as linear combination of factors. Basically it can take a large amount of questions about something and reduce it to a few factors. This makes statistical evidence possible for things like intelligence.

Burt did a great deal of work and research on the genetics of intelligence5. Are some of us born with a limited amount of intelligence? If so, does that severely limit someone from learning things as they grow?

On the other hand, is great intelligence inherited and to what extent? Burt did research with twins and came to the conclusion that heredity was a far greater influence than environment.

His research was over a period of many years and was respected by the community up until the time of his death.

After his death, Burt6 was criticized by many of his peers. Leon Kamin brought attention to many flaws that he believed were in the research with the twins.

For example, the sets of identical twins were raised apart from each other. They were given intelligence testing. The result would show that genetics played a larger role. However, Kamin and others stated that there were not enough twins tested to get reliable data.

There was another problem, also. His 1966 study showed 53 sets of identical twins that were raised apart. The odds of finding this many sets of twins in those circumstances are very low.

Intelligence is often a misunderstood subject in psychology. There is no clear definition. Some believe as Howard Gardner, that we possess many different types of intelligences.

Gardner believed that there were seven different intelligences. One of them included math calculations and another one included music. Many other skills were also headed under intelligence.

Robert Sternberg explained intelligence in only three parts. Those were creative, analytical, and practical intelligence. These multiple type of intelligence theories would make for an argument against testing. However, a main criticism is that the theories cannot be tested.

Cyril Burt did a great deal of work to prove that genetics played a larger role than environment. He used studies of 53 identical twins to prove their close proximity intelligence pointed to genetics as the main factor.

After his death his studies came under attack from many. They questioned the ability to find that many pairs of identical twins that had been separated at birth.

The jury is still out on some of the intelligence issues - Is there one type of intelligence or many? This may be debated further.

Theories of Personality
How different theories explain the development of personality and individual differences.
Personality Types (Friedman & Rosenman)
Personality types according to Freidman and Rosenman.
Humanistic Approach
Overview of the humanistic approach in psychology. Includes related studies and evaluations of the approach.