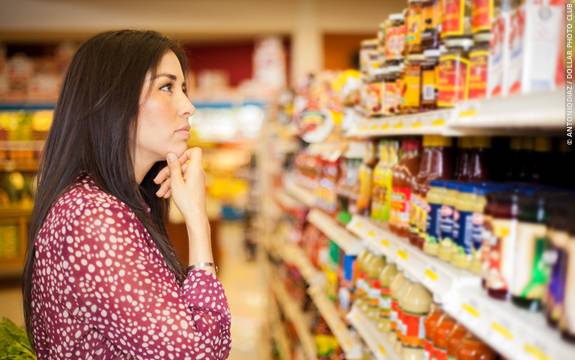 Whenever you visit a restaurant, you would expect to see a menu to choose your meal from.

If you watch a film at the cinema, you presume that you will have a choice of times to watch the movie at.

In the supermarket, we are accustomed to generous selection of options - different brands of precisely the same product, different size products and varying types - choice, particularly consumer choice, is practically endless!

We would believe that the more options we have to choose from, the better that is for us. But when Sheena Iyengar, a professor at Columbia Business School, offered people a selection of jams to potentially purchase, she found that the more choice was provided, the less likely that participants of the study were to eventually buy the jam.1

Learn more: what influences our choices without us being aware?

This seemingly paradoxical result leads us to the question: are our presumptions about choice being of benefit to us accurate?

We might also question whether we can trust our choices in everyday life. A recent analysis of court judgements (Danzinger, Levav and Avnaim-Pesso, 2010) has revealed that the later in the day a judge makes a decision, the less favorable the outcome.2 This raises questions not only of judicial competence, but of our own ability to make well-reasoned choices.

Psychology research is casting increasing light onto the question of how we make choices. In this article, we will explore the paradox of excessive choice, look at how decision fatigue can affect us and learn how even our recollection of the choices we make can change after we have made a decision.

The right decision: should we trust our choices?

How reliable are the choices we make? In court, judges are expected to use rational, legal-based reasoning to arrive at judgments, free from bias either in favor or against one party.

Yet a study by three researchers (Danzinger, Levav and Avnaim-Pesso, 2010) casts doubt on whether such legal formalism could exist even if judges themselves believed they were making objective decisions.

In the paper "Extraneous factors in judicial decisions", the study analyzed the outcomes of more than 1,000 parole judgments in an Israeli court and found more than half of judgments being made favorably in the morning, yet by the end of the session, the rate of favorable judgments reduced drastically.

This reduced ability to make consistent decisions after decision is known as decision fatigue. Intriguingly, the researchers found that once the judges took a meal break, the favorable decision rate returned practically back to normal.

Psychologist Roy Baumeister may have found a cause for this when he identified a link between our blood glucose levels and our ego levels, which are depleted when we are made to make decisions repeatedly.3

This could even explain why we are more likely to succumb to impulsive purchases of snacks at supermarket checkouts after being overwhelmed by shopping choices in the aisles.

You could be forgiven for reasoning that by giving people more options, they would be more likely to find an option that suits them and therefore, that there would be an increased chance of them choosing one of the options.

Sheena Iyengar tested this with an experiment in which one group of people were offered a range of 26 jams, and another group a choice from just 6. Those given more choice were far less likely to purchase a jam as those given a more limited choice.1

We may have expected that those presented with 26 jams would be more likely to find a jam that they liked. These contradictory findings may be explained by a phenomenon described by U.S. psychologist Barry Schwartz as the paradox of choice4 - we are often reluctant to make decisions and when we do, we can find too many choices confusing and stressful.

We know that excessive demands to make choices can lead us to make bad decisions, but can any choice when shopping cause anxiety?

Daniel Gilbert and Jane Erbert carried out a study in which students were taken on a photography course. On the course, they would take photos and develop two of these.

The researchers gave all of the students the opportunity to keep one of the two photos.

However, one group was told that they would have the chance to change their mind about which photo they took home after they had made their initial choice. The other group of students would have just one, final choice to take home a photo.

Hardly any students who were offered the chance to change their mind actually used the opportunity to exchange the photo. Overall, however, the students with the freedom to change photos were less satisfied than the group with fewer options.5

We might understand this as being a form of buyer's remorse - the doubt experienced over our own decisions (or purchases) caused by the uncertainty whether an alternative option may have been better. As the saying goes, 'the grass is always greener on the other side'.

The students offered the choice to exchange the photo were left not with the satisfaction of owning a photo that they had created, but with the ongoing choice to swap it.

Even our post-decision frame of mind can be distorted by the need to justify our choices to ourselves and others.

Psychologists have found that we can change our recollection of reasoning making a decision to support the choice that we made. This self-deception in an attempt to convince ourselves that we made the correct decision is known as choice-supporting bias. Peter Johansson (2005) carried out an experiment to investigate this.6

Participants were shown two cards with faces and asked to pick the face they preferred. They were then asked to explain the decision that they had made.

As expected, the participants were able to justify their personal preference to researchers.

However, the researchers used a sleight of hand trick to change the card that the participants had chosen for a face that differed significantly from the original face that the person preferred, without them noticing.

Even when the face was different, when asked, the participants tried to justify their preference for the face which they had not chosen. They attempted to convince the researchers (and not realising, themselves) that they preferred the swapped face.

Johansson termed this choice blindness - when we attempt to justify our choice purely because we believe that we had chosen it.

Back in 1956, Jack Brehm, found that, after being offered the choice between two different home appliances, women in a study seemed to exaggerate their liking for their chosen appliance.7

In another study, Henkel and Mather (2007) asked participants to choose between two cars and to explain their reasoning.8

Later, the participants were reminded of their rationale for picking the car and asked to confirm their choice.

Participants tended to keep their original choice even if the researchers substituted the reasons for false justifications without them realising.

To make better choices, we often employ techniques such as heuristics - a 'rule of thumb' or the use of past experiences to inform our future decisions.

Often, however, these can lead us astray and whilst we believe we are making a rational choice, we are in fact falling into the pitfalls of such heuristics.

Take, for example, the gambler's fallacy - if three buses arrive 5 minutes apart, we may queue for a bus five minutes in the future, expecting one to arrive without hesitation. Similarly, a gambler, noticing that the ball of roulette table is hitting more red numbers than black numbers, may forecast that betting on a red number will increase their earnings.

This heuristic approach - betting on past performance - leads us to make assumptions that such factors will irrationally affect future outcomes.

Which would you choose?

Another, more challenging problem which calls into question our ability to make rational choices, is the Monty Hall problem, similar to the traditional three prisoners problem:

The contestant is asked to pick the door that they think the car may be behind.

On the face of it, there is no advantage to switching doors, as the alternative seems to be no more likely to contain the cars as the contestant's chosen door.

You stand a better chance of winning the car, however, if you switched your choice of doors. To understand this, consider that you had a 1/3 chance of picking the correct door originally if you do not switch. You are half as likely to pick the correct door twice in a row by this method. However, if you switch doors when given the opportunity, you can potentially double your chance of winning the car to a 2/3 probability.

The Monty Hall problem is more an issue of probability than of psychology but is one that has troubled people who have heard it for many years. The problem demonstrates how our reasoning can confuse us and lead us to make irrational choices without us being aware of it.

What influences our choices without us realising?
Share:
ShareTweetStumble UponPin It
Citations

The Subliminal Influence of Ambient Music on Shoppers
How background music in stores and supermarkets influences consumers' purchasing decisions.
Psychology of Choice
How psychology explains the everyday decisions that we make, and how we are unaware of the influences that guide the choices we make.
Maximizers vs Satisficers: Who Makes Better Decisions?
Do maximizers or satisficers take the best approach to decision making, and which personality type is happiest with their decisions?