Do maximizers or satisficers take the best approach to decision making, and which personality type is happiest with their decisions? 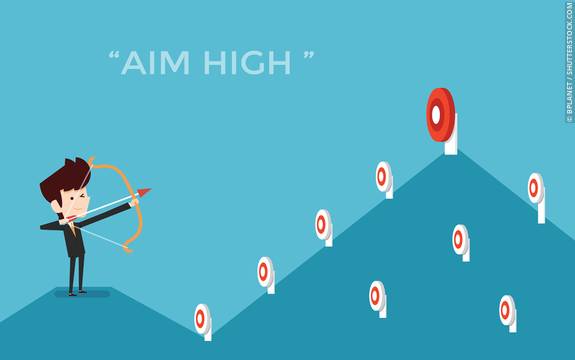 Aiming high: is maximizing the best approach to decision-making?

We are faced with increasing pressure to make prudent decisions about every aspect of our lives - from choosing the healthiest breakfast option, finding a school or university to attend, or partnering with the person who will make us the happiest. Make the correct choice and you can give yourself a pat on the back. But make a bad decision - or even the 'least optimal' one, when given a choice - and you can be left with feelings of regret, punishing yourself for picking an inferior option without the benefit of hindsight.

Psychologists have found that people's approaches to decision-making tend to fit into one of two categories: you are either a maximiser - a person who strives to make a choice that will give them the maximum benefit later on - or a satisficer, whose choices are determined by more modest criteria and nothing more.

Given that maximisers task themselves with making the most informed, intelligent decisions, we might expect that the outcome of their approach would be superior, more satisfying decisions. Yet, this assumption has been contradicted by numerous studies, which have found that maximisers are often less effective in a decision-making environment, and suffer under the pressure of high self-expectations. Setting unachievable goals for ourselves may itself impede our ultimate goal when making choices - making a choice that we will be satisfied with.

The 'satisficing' concept was first proposed by the U.S. Nobel Prize-winning economist Herbert A. Simon, who created the portmanteau by combining the words 'satisfying' and 'sufficing'. He developed the idea in a 1956 paper, Rational choice and the structure of the environment, as a way of explaining a particular form of decision-making known, or cognitive heuristic (Simon, 1956). Simon believed that when satisficers are presented with a decision to make, they will consider what they want to gain or preserve from a situation, then evaluate their options to find the solution that meets their requirements.

Jacob will discount Car 1 as the fuel costs will be too high for his long commute to work. With a choice between cars 2 and 3, he might will reject the benefit of the additional space in the third car as being unnecessary and a lavish additional expense, instead opting to buy Car 2, as it meets his initial decision-making criteria.

Like satisficers, maximisers refine their options to those that will fulfill their essential needs when making a decision. But they will subsequently pursue the option that will provide them with the maximum benefit or highest utility. Had Jacob, from our previous example, been a maximizer, he would likely have wanted to pay a little extra money to buy Car 3 for its extra space, regardless of whether he really needed the additional room for his commute.

Maximizers will set themselves high standards during decision making and will aim for them buy are often disappointed when they fail to achieve them, dwelling on what they have missed out on rather than what they have. By contrast, a satisficer will be satisfied with the option he chose even if it was not the best option he could have wished for.

Maximizers are prone to experiencing a sense of 'buyer's remorse' following a decision, doubting whether it was correct, and envisaging how life would have been had they chosen a different path. Whether it's a choice between universities or the purchase of a chocolate bar, maximizers are prone to the fear that a better choice was, or is, available.

However, whilst the motivation driving maximizers may lead them to look for the best option, do they benefit from being able to choose from an increased range of options?

In The Paradox of Choice, U.S. psychologist Barry Schwartz looked at the proliferation of choices that are available to us in our everyday lives. He found that an increased range of options does not necessarily lead to higher satisfaction with the outcome of a decision. If anything, choice may in fact impede our ability to enjoy and appreciate what we have (Schwartz, 2004).

You might think that the self-critical tendencies of maximizers would lead them to make more informed, considered choices - that they would research their options more thoroughly and contemplate possible outcomes for longer before making a decision. But a study which looked at the choices people make when looking for a partner using online dating contradicts this assumption. The study looked at maximizers who would dwell upon the process of searching for a partner, exhausting their options in an effort to find 'the one'. Despite the additional effort required for this more rigorous approach to searching and arriving at a decision, the researchers found that maximizers did not necessarily benefit from it in terms of the partner that they selected (Yang and Chiou, 2010).

Whilst a maximizing approach might seem an optimal approach to decision-making, our energy may be better spend satisficing and appreciating what we have, rather than what we might have had.

Are You a Maximizer or a Satisficer? Take the Quiz!
Share:
ShareTweetStumble UponPin It
Citations

Theories of Personality
How different theories explain the development of personality and individual differences.
Maximizer vs Satisficer Quiz
Discover your approach to decision-making with the maximizer vs satisficer quiz.
Personality Types (Friedman & Rosenman)
Personality types according to Freidman and Rosenman.