What are compliance techniques and how are they used to persuade us to agree to requests? 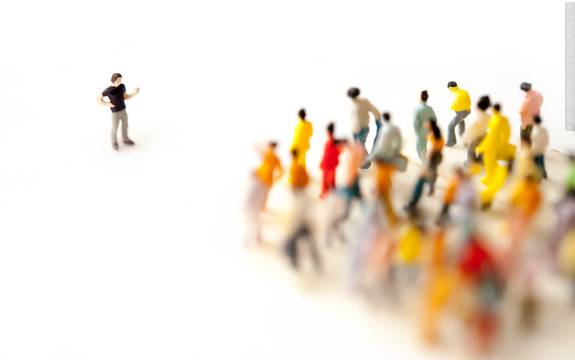 Persuasion can be a difficult task. Convincing a person, or a group of people, to comply with a request, or to agree with you on a particular viewpoint, can be a formidable challenge. Yet, why are some people able to persuade better than others? Salespeople, for example, earn a living from confidence in their ability to convince people that they need to buy a particular product or service.

Psychologists have identified a number of techniques which are often used by people to persuade others to agree with them. Below, we look at some of these compliance strategies and how they are most commonly used.

The foot-in-the-door technique involves making a smaller request, which a person is likely to agree to, before making your larger request. The rationale behind this technique is that a ‘foot-in-the-door’ - a ‘yes’ to the first request - can be secured and the person will then be more inclined to agree to the latter favor.

This technique is commonly used in sales. For example, a utility company salesman will ask a passer-by:

“Excuse me, would you mind telling me who provides your electricity?”

The person feels as they are doing the salesman a favor (“would you mind”) by answering what sounds more like a survey question than a sales pitch. The salesman then engages in further conversation, leading to their ultimate request:

“Why not switch to our service, it’s better than your current provider?”

Having agreed to the first question, the person may be more likely to agree to switch to the salesman’s company than if he had asked them to sign up as his initial question.

Many studies have demonstrated the effectiveness of the foot-in-the-door technique. Famously, Jonathan Freedman and Scott Fraser made telephone calls to a group of women, asking them to answer questions about their use of soap products. This small request was followed by a larger request that they allow a group of men to visit their home and take an inventory of the products that they owned. A second group were not asked the initial soap-related questions but the second request was made outright. The researchers found that the ‘foot-in-the-door’ group, who had been asked the initial survey questions, were more likely to agree to the home visit than those who were asked the latter question outright (Freedman and Fraser, 1966).

According to self-perception theory, the foot-in-the-door technique plays on our tendency to decide future behavior based on our perception of our own actions and beliefs. When we agree to the small initial request, we feel that we have behaved altruistically, ‘helping out’ the person asking the favor. The second request is then made, and we feel the need to behave in a consistently charitable fashion, agreeing to the larger demand.

The door-in-the-face technique is another sequential request method but operates in reverse. It involves making an initial, unreasonable request that the respondent is likely to refuse outright. The intended request is subsequently made.

This method of persuasion is sometimes used in sales negotiations. For example, a car salesman may offer to buy a car as a ‘trade-in’ for a new car, and offer the customer a fraction of its true worth. The customer will refuse the offer, as the salesman intended, and he will then return with the offer that he thinks is reasonable. Even though the second offer is lower than the customer would like, they accept it, as it seems to be acceptable when compared to the measly amount proposed in the first offer.

One explanation for the influence of the door-in-the-face technique is the way in which it plays on our sense of guilt. When we decline a person’s initial request, we are left with a sense of guilt for not having ‘helped’ them out. When a second, more reasonable request is made, it is sufficiently reasonable for us to fulfill, and we view it as an opportunity to reduce the guilt that we experience (O'Keefe and Figgé, 1999).

Another explanation for the success of the technique is that a person’s refusal to comply with the first request leads to a concern that their reputation has been tarnished. They may feel as though they will be seen as uncharitable or uncooperative. Again, when the second question is proposed, it is viewed as an opportunity, but this time, to fulfill one’s need for positive self-presentation (Pendleton and Batson, 1979).

The low-ball technique involves making a request and gaining agreement from a person, then changing the terms of the deal at the last minute.

This arguably unethical method of gaining agreement from a person is found in sales negotiation scenarios. A car salesman may tell a prospective customer that the price of a particular car is $10,000. The customer agrees to buy the car, thinking that they have received a good deal. However, just before they sign the papers to complete the purchase, the salesman tells them that the price was incorrect, and he can only sell the car at $12,000. The customer has spent a long time in the office and does not want to start their car search again. Therefore, they agree to buy the car at the higher price.

The low-ball technique differs from the foot-in-the-door technique in that a small request is initially made in both instances, but the low-ball method aims only to obtain initial agreement so that this can be applied to the eventual, less favorable request.

As with the door-in-the-face technique, low-balling relies on our need to maintain the reputation that we believe we hold amongst our peers. Declining a more expensive price, having agreed to the lower price, would result in the salesman concluding that we were undependable, and so we feel obliged to agree to the second offer (Burger and Caputo, 2015).

Find out more about the Low-Ball technique here

Reciprocity is a social norm which we both adhere to and expect others to respect. We tend to expect that altruistic gestures be repaid, either with a simple show of gratitude, such as a ‘thank you’, or in some other form of appreciation, such as helping out when we next need assistance. People also sometimes seek to reciprocate anti-social behavior, seeking justice or revenge for an act committed against them.

The sense of moral obligation that we feel to reciprocate prosocial behavior - known as internal reciprocity - can be a powerful driving force behind our actions. Similarly, a desire to make a good impression by being seen by colleagues to be making a fair contribution leads to a sense of obligation towards repaying positive gestures - often referred to as social reciprocity.

Marketers often take advantage of the norm of reciprocity when persuading us to agree to a particular action, such as buying a product. In fundraisers, charities post small, free gifts such as bookmarks and calendars to potential donors, whilst requesting a donation. The recipients appreciate the effort made to send the gift and feel obliged to reward the favor by making a donation.

Similarly, some bed mattress companies offer free home trials of their products before the customer is asked to pay anything. By the end of the free trial, a person may feel that they have personally gained from the free trial and should repay the generosity of the company by purchasing the mattress.

Learn more about the Norm of Reciprocity here

Ingratiation as a compliance strategy involves presenting yourself in a positive way to people you wish to persuade. First identified by social psychologist Edward E. Jones in his 1964 work, Ingratiation: A social psychological analysis, ingratiation covers a number of approaches to gain the favor of another party, many of which we use without even realising (Jones, 1964).

People tend to like people who like them, and complimenting or recognising the positive characteristics of a person is one way of showing that you value a person. Overlooking a person’s weaknesses and emphasising the areas in which they are proficient can help to boost a person’s self-image. For instance, if a colleague completes a project incorrectly, thank them for their effort and note that you value the amount of time they have spent working on it.

Another form of ingratiation requires demonstrating that you yourself are likable. Prosocial behavior, exhibited through confident body language, such as making eye contact whilst holding a conversation, smiling and remaining positive, can help to show that you are someone people can warm to. Confidence should be tempered with modesty so as to avoid giving an impression of over-confidence or arrogance, which can provide a less favorable impression to strangers.

The ‘That’s Not All…’ technique is used by marketers to persuade potential customers who are undecided as to whether they should buy a product.

The technique involves making a request, and then emphasizing an additional argument before asking a person to comply with the request. For example, a TV infomercial advertising a CD might spend ten minutes promoting the music on the CD, then just before the call-to-action is made, surprise the viewer with:

“But that’s not all! When you buy this CD, we will send you a second, bonus CD, with track from another artist.”

Even though the added benefit is not one that the person would pay for separately, when it is added to the original offer, it makes for a more persuasive argument.