Foot-in-the-Door as a Persuasive Technique

How the 'foot-in-the-door' technique is used as a compliance strategy. 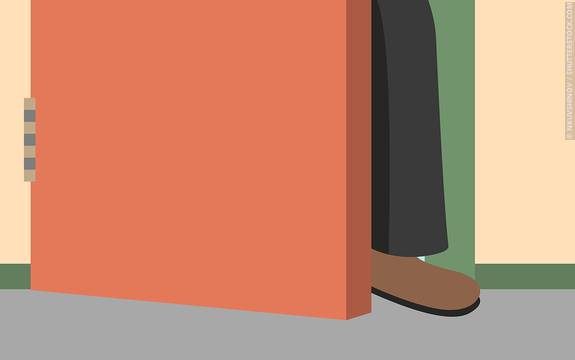 The foot-in-the-door technique (or FITD) is a strategy used to persuade people to agree to a particular action, based on the idea that if a respondent will comply with an small initial request then they will be more likely to agree to a later, more significant, request, which they would not have agreed to had they been asked it outright.

The technique’s name refers to the fact that is often used as a sales tactic by door-to-door salespeople to gain a figurative ‘foot-in-the-door’, before they persuade potential customers to commit to a purchase

It can also prove useful in other sales situations. For instance, if a salesperson working at a shop can persuade a passer-by to accept a sample of a product, such as a chocolate, they will be more likely to convince them to take the time to enter the shop and browse the full range of chocolates on offer.

Charities sometimes use the foot-in-the-door technique in fundraising efforts. Some organizations will ask that a person donates a small amount each month to a cause, and later ask whether they would be willing to increase their regular contribution.

The effectiveness of the foot-in-the-door technique was demonstrated in an early experiment at Stanford University, in which a group of women received a request to answer some questions about their use of soap products (a small request). After answering the questions, a larger request was made: that they would permit a group of men to enter their home and take an inventory of the products that they owned. A second group received the larger request without the preceding small request to answer the soap survey. Jonathan Freedman and Scott Fraser found that those in the group subjected to the foot-in-the-door technique in the form of the small request were far more likely to agree to the more demanding inventory request than those in the group that had been only asked the final question (Freedman and Fraser, 1966).

But why do we only agree to some requests after granting an initial, smaller favor?

One explanation is that the foot-in-the-door technique, by making gradually more demanding requests, creates an initial relationship between the requester and the subject which the latter then feels bound to honor. A salesperson may use the foot-in-the-door technique by engaging in ‘small-talk’ with a prospective customer, asking whether they need help finding a product. Once a person is engaged in a conversation, they may find it more difficult to turn down a request for a larger commitment, such as taking the time to watch the demonstration of a product.

The compliance derived from this technique may be also understood in terms of self-perception theory, which was proposed by social psychologist Daryl Bem, who suggested that our own opinions and actions are determined by the way in which we perceive ourselves as acting.

We might comply with a small initial request as it is easier than refusing it and risking confrontation. By granting the request, we feel that we have done a favor for the person who made the request, leading to the self-perception that we are well-meaning or charitable. When the larger request is made, we feel compelled to comply with it, even if it is not the most rational judgement. A study published in 1979, for example, reported that subjects placed in a foot-in-the-door situation were more likely to agree to a larger request if they had not been paid for the first request, than a group that had been compensated, supporting this self-perception theory (Zuckerman et al, 1979).

Furthermore, we tend to agree with larger, second foot-in-the-door requests in order to display behavior that is consistent with this positive perception of ourselves.

This need to act consistently with past behavior is evidenced by an experiment in which a group of participants were asked questions regarding their religious beliefs. Those who were reminded of their past religious-related behaviors prior to questioning reported beliefs that were more consistent with their previous actions, when compared to a control group (Zanna, Olson and Fazio, 1981).

Even if encounters with door-to-door salesmen are a rarer occurrence than the 1960’s, when the ‘foot-in-the-door’ technique was first investigated, it remains a common method of persuasion today, and is used to convince people to agree to a range of behaviors that they might otherwise refuse.

On the internet, online stores use mailing lists to remarket products to visitors who have previously browsed their website. By making a small request - that visitors provide their email address to receive a newsletter - businesses hope that such people will later agree to the more significant action of making a purchase.

In busy streets, salespeople often ask passers-by a small question to start a conversation, then ask them to sign up for a paid service. Utility company representatives ask which service provider they use - a simple request which can often be answered in just one word - before escalating their request for a longer conversation during which they try to persuade people to switch loyalties to their company.

For the foot-in-the-door technique to successfully persuade a person, the scale of requests must be proportionate. The first request should be significant enough for a person to develop the self-perception that they are helping the other person, but not so large that they refuse it.

The foot-in-the-door technique is one of numerous tactics used by salespeople to persuade sceptical customers. Another persuasive method, known as the door-in-the-face technique, takes the opposite approach to making requests. Unlike the foot-in-the-door method, it involves making a large request from the outset; one which is so demanding that the subject is likely to refuse it. A subsequent, more realistic request is then made, which the person may be more inclined to agree to when comparing it to the first.

For instance, if a person asks a market seller the price of a bunch of bananas, who demands a price 10 times what might be reasonable, the shopper will refuse it. If the seller then makes a more reasonable offer which is still twice what the person would expect to pay, they may be more inclined to agree to pay it, as the second request appears by comparison to be more fair than the first.

What causes us to obey to authority figures such as police, teachers and...