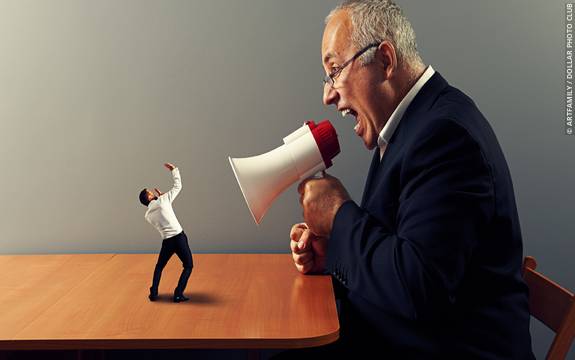 A Look At The Authoritarian Personality

How much do you agree with the following statements?

The statements you just read are a part of one of the most infamous psychological scales of the 20th century - Theodor Adorno's F-scale. The F stood for Fascist - and the test was meant to help identify how racism develops in people.

In 1950, Harper and Row published a book that had all the earmarks of a blockbuster in the field of psychology. The Authoritarian Personality was an attempt by a group of researchers to explain the conditions that allowed Nazi-ism to gain a foothold in Europe. The researchers, led by Theodor Adorno and Max Horkheimer, used various psychological scales to attempt to explain racism and the atmosphere that led to the slaughter of six million Jews and others in psychological terms. The book weighed in at a hefty near-1000 pages, and included contributions from a number of social psychologists who helped to correlate and analyze the data collected.

Almost from the start, The Authoritarian Personality engendered heated controversy. By 1955, the book and its theory had been vilified and torn down by many critics as propaganda masquerading as poor science. The most notorious part of the book - and the most enduring - is the infamous Adorno F-scale (F for Fascist), which purported to measure Fascist tendencies by evaluating responses to a series of weighted questions. The F-scale was only one of the research instruments used by the group, but it is the one that has endured the longest.

According to Adorno's theory, the elements of the Authoritarian personality type are:

To measure these things in subjects, Adorno devised a test that asked them to state how much they agreed with particular statements. Each statement was correlated to one of the above elements. For example:

Q. Every person should have complete faith in a supernatural being whose decisions he obeys without question. (Submission to established authority)

Q. An insult to our honor should always be punished. (Aggression toward those who harbor unconventional thinking)


Are You A Maximizer Or A Satisficer?