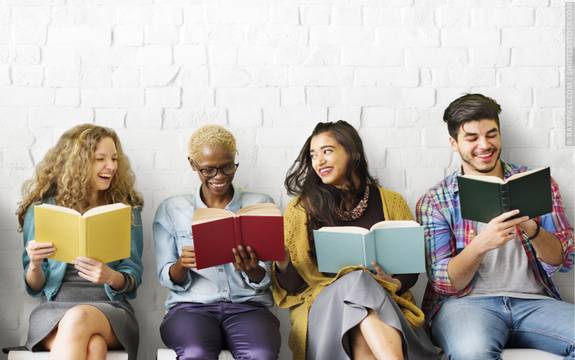 Do you ever find yourself engrossed by tales of fantasy? Or do you find that science-fiction storylines are a little too far fetched to be believable?

Whether you are easily engaged by narratives in films, TV shows and novels depends on your personality traits. If have difficulty believing some storylines, your 'Big Five' personality traits may be a factor, according to a recent study.

A person can become so immersed in a story that they find its fictitious characters and events to be as moving as in reality. Psychologists refer to this effect as narrative transportation. The phenomenon was first identified by Melanie Green and Timothy Brock in 2000. Green and Brock (2000) found that transportation can lead to stories powerfully affecting audiences. It causes us to empathise with characters, to laugh and to cry through their successes and failures. But the effect of transportation goes even further, according to recent research. When authors use effective plot devices, narratives can influence our opinions and beliefs in the long-term. Given that such influence may take the form of a story, we might not even realising were are being persuaded. As a result, transportation is often used in commercials to influence purchasing choices.

These personality traits include openness to experience, extraversion and agreeableness. Together with conscientiousness and neuroticism, these are known as the ‘Big Five’ traits. They are often used when assessing the characteristics of a person’s personality. Meade found that some of the Big Five help to determine how the narratives of storylines engage a reader.

In the study, Meade (2015) surveyed 207 mass communication students aged between 17 and 26, using an online questionnaire. He used a total of five scales to score the students. Participants' scores on the Big Five personality traits were measured. Empathy, proneness to fantasy and a need for cognition were also scored. Meade used a Transportation Scale to measure participants’ susceptibility to narrative transportation. He then compared the personality trait scores to the participants' transportability scores.

Meade found that three of the Big Five traits affect the likelihood that a person will be ‘transported’ by narratives. The findings reveal variations in the way external stimuli affect different personality types. Previous studies have found that narrative transportation can influence real-life attitudes and opinions. So, a link between personality traits and transportability could have interesting potential implications.

Let us look at the study’s key findings on the links between individual personality traits and transportability:

A person who is reluctant to leave their comfort zone is likely to score lower on openness to experience. Such people may feel uneasy in new or unfamiliar situations. Instead, they prefer to follow a ‘tried-and-tested’ path through life.

Meade measured “Intellect/Imagination” in gauging participants' openness. He found that participants scoring highly on this measure were more likely to be empathetic towards others. This empathy may in turn enable them to share characters' experiences in fiction. Meade found that these people were also more prone to fantasy and to transportation.

Extraverted personalities tend to exhibit forward, outgoing behavior. They feel comfortable taking the lead role in a group and thrive at busy social gatherings. Introverts, by contrast, are quietly-spoken. They enjoy the space and freedom provided by their own solitary company.

According to Meade, extraversion scores correlated with higher levels of empathy amongst participants.

“Because these individuals are likely to seek stimulation outside of themselves, they will likely be more willing to transport to a narrative,” he explains.

Agreeableness refers to an inclination to co-operate with, and befriend, other people. Agreeable personalities will seek to gain the favor of friends, colleagues and family. They prefer to avoid situations where they may encounter animosity. Agreeable people may seek common ground in disagreements and attempt to pacify confrontations.

Meade found that participants who exhibited agreeableness were more likely to experience empathy. As with extraversion, this empathy for others can lead to higher degrees of transportation when a person absorbs a narrative.

When buying a car, for instance, they will take time to ensure that they have made the correct choice. They will cautiously avoid ‘impulse buying’ a vehicle on a whim.

You might assume that conscientious personalities would pay attention to other people's needs. You may even conclude that they would empathise more with characters in narratives and be more transportable.