What is neuroticism and how does it affect a person's personality? 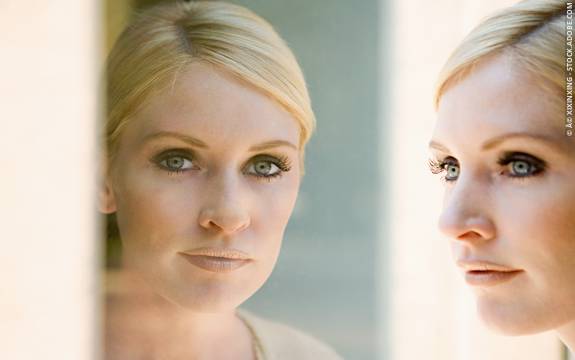 Neuroticism is one of the ‘Big Five’ factors in the study of personality in psychology. It is measured on a continuum, ranging from emotional stability (low neuroticism) to emotional instability (high neuroticism).

A neurotic personality is characterised by persistent, often disproportionate, worrying and anxiety. A person may strive to be a perfectionist during their everyday activities, and experience stress as a result of events that are beyond their control.

Neuroticism can lead an individual to focus on, and to dwell on, the negative aspects of a situation, rather than the positives. They experience jealousy and become envious of other people when they feel that they are in an advantaged position over themselves. They may be prone to becoming frustrated, irate or angry as they struggle to cope with life stressors.

“They may more frequently use inappropriate coping responses like hostile reactions and wishful thinking because they must deal more often with disruptive emotions. They may adopt irrational beliefs like self-blame because these beliefs are cognitively consistent with the negative feelings they experience. Neuroticism appears to include not only negative affect, but also the disturbed thoughts and behaviors that accompany emotional distress.” (McCrae and Costa, 1987).

In contrast, people with low levels of neuroticism find it easier to remain calm and are less affected by stressful events. They are able to maintain a more proportionate perspective on events, which results in them often worrying less and experiencing lower levels of stress.

Research has found that the behavioral tendencies associated with neuroticism can have wide-ranging effects. For example, in a survey of German couples, partners of people with high neuroticism scores were found to be less happy than those whose partners with low levels of the trait (Headey et al, 2010).

Neuroticism as an aspect of human personality in various forms has been the subject of study for thousands of years.

In Ancient Greece, personality types were categorized into four basic temperaments: choleric, melancholic, phlegmatic and sanguine, with the ‘melancholic’ personality matching many traits associated with neuroticism.

Greek doctor Hippocrates (460-370 B.C.E.) suggested a biological basis for personality, claiming that melancholy was caused by excessive amounts of black bile in the body.

More recently, neuroticism has formed the basis of numerous models of personality.

German-born psychologist Hans Eysenck (1916-1997) also believed that personality traits were attributable to biological factors. He developed a model which quantified personality according to two dimensions: extraversion and neuroticism.

A third dimension, psychoticism, was later added to form the PEN model of personality (Eysenck, 1967). In conjunction with his wife, Sybil Eysenck - also a personality psychologist - he developed the Eysenck Personality Questionnaire as a means of assessing levels of these personality traits (Eysenck and Eysenck, 1976).

Neuroticism is considered by many to be one of the most significant dimensions of personality. Alongside four other traits - openness, conscientiousness, extraversion and agreeableness - it is cited as one of the ‘Big Five’ personality factors.

Psychologists Robert McCrae and Paul Costa included neuroticism in their five-factor model of personality, whilst Lewis Goldberg recognized the significance of such factors, describing them as the ‘Big Five’. Further personality theories also recognize traits relating to neuroticism, such as emotionality, which features in Michael Ashton and Kibeom Lee’s HEXACO model (Ashton and Lee, 2004).

Self-report measures such as questionnaires remain a favored method of assessing personality traits such as neuroticism.

Using question inventories such as the Revised NEO Personality Inventory (NEO PI-R), psychologists invite a subject to assess how accurately a series of adjectives or statements describe his or her own personality (Costa and McCrae, 1987).

Why are some individuals’ personalities more neurotic than those of others? A number of factors, including age and gender, have been found to mediate neuroticism levels.

Neuroticism scores have been found to gradually decrease as a person ages, as they become more comfortable with their life circumstances (Scollon and Diener, 2007).

These scores are influenced further depending on an individual’s gender.

A study published in the journal Frontiers in Psychology, confirming the findings of previous surveys, found that the neuroticism levels of women are generally higher than those of men. However, as we grow older, this disparity between genders decreases (Weisberg et al, 2011).

A British psychologist, Jeffrey Alan Gray, proposed a ‘biopsychological theory’ to explain differences in personality. Gray described two ‘systems’, each supported by activity in different regions of the brain.

The behavioral inhibition system (BIS) influences a person’s behavior with a view to avoiding potential punishments.

For example, a person will stop walking as they approach a closed door in order to avoid injuring themselves by walking into it.

A second system, the behavioral activation system (BAS) drives behavior to seek reward. Pro-social behavior, for instance, may be motivated by a need for positive self-presentation and a desire to be liked by one’s peers.

According to Gray, neuroticism is linked to a more responsive behavioral inhibition system, and this correlation was reversed with respect to the behavioral activation system.

The behavior of a person with a high level of neuroticism may therefore be motivated by a need to avert negative outcomes, more than a drive to achieve positive rewards (Gray, 1970).