A look at Hans Eysenck's theory of three dimensions of personality. 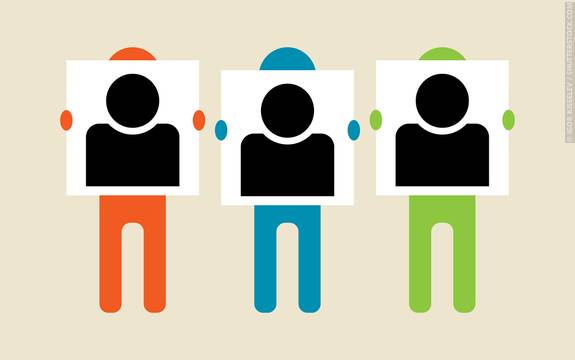 Eysenck believed that biological factors, including cortical arousal and hormone levels, along with environmental factors, such as behavior learned through conditioning, influence a person’s score on these personality dimensions.

Hans Jürgen Eysenck was born in Berlin in 1916 to parents Eduard and Ruth, who were both actor by profession. In 1934, he left Germany amidst the Nazis’ rise to power, eventually settling in England. He studied for a PhD at University College, London, under the controversial educational psychologist, Sir Cyril Burt. Completing his studies in 1940, he began working during the Second World War at Mill Hill Emergency Hospital. After the war, he accepted a position at the newly-founded psychology department at the Institute of Psychiatry.

Eysenck made a significant contribution to the field of psychology, publishing around 80 books as well as writing hundreds of articles. He was also the founding editor of the influential journal Personality and Individual Differences.

Eysenck’s work drew criticism for suggesting that biological or genetic factors influence personality and an individual’s susceptibility to engage in criminal behavior.

He died in London in 1997 aged 81. At the time, he was the most frequently cited author in psychology journals.

Prior to developing the PEN model, Eysenck sought to measure personality based on two dimensions: extraversion-introversion and neuroticism-emotional stability.

Individuals with high levels of extraversion engage more in social activities. They tend to be more talkative, outgoing and feel more at ease in groups. Extraverts enjoy being the focus of attention and often accumulate a larger social network of friends and associates.

Extraversion is measured on a continuum, ranging from high (extraverted) to low (introverted).

Introverts tend to be quieter, shying away from large social gatherings, and they may feel uncomfortable engaging with strangers. Instead, they maintain smaller groups of close friends and are more likely to enjoy contemplative exercises.

Swiss psychoanalyst Carl Jung (1875-1961) suggested that extraversion-introversion levels depend upon the focus of an individual’s psychic energy. In extraverts, he believed that this energy was directed outwards - towards other people - resulting in more social interactions. Meanwhile, introverts’ psychic energy is projected inwards, leading them to indulge in inner-focussed, less sociable, activities (Jung, 1921).

Eysenck believed that extraversion is linked to levels of brain activity, or cortical arousal. Extraverts experience lower levels of cortical arousal, resulting in them seeking arousal from external stimuli. Higher arousal levels in introverts leads them to avoid stimuli which may lead to a further increase in arousal (Eysenck, 1979).

According to the Yerkes-Dodson law, arousal levels can affect an individual’s performance abilities. The theory posits that arousal and performance follow a bell-shaped curved, with the latter decreasing during periods of high or low arousal (Yerkes and Dodson, 1908).

Individuals scoring highly on neuroticism measures tend to experience higher levels of stress and anxiety. They worry about relatively insignificant matters, exaggerating their significance and feeling unable to cope with life stressors. A focus on negative aspects of a situation, rather than the positives, can lead to a person to adopt a disproportionately negative outlook. They may feel envious or jealous of others who they feel are in a more advantaged position.

Neuroticism is also characterised by perfectionism, and a tendency to feel dissatisfied, angry or frustrated with others when their desires are not fulfilled, or when their expectations are not met.

A person with a low neuroticism score will generally experience more emotional stability. They feel more able to cope with stressful events and set less stringent demands of themselves.

Individuals with a low level of neuroticism are more tolerant of the failings of others and remain more calm in demanding situations.

According to biopsychological theory (Gray, 1970), neuroticism is positively correlated with the behavioral inhibition system (BIS), which influences behavior with a view to avoiding negative outcomes, such as punishment.

Psychoticism was a late addition to Eysenck’s theory of personality, and was included in 1976 whilst Hans was working with his wife, Sybil Eysenck (Eysenck and Eysenck, 1976). This third dimension of personality ranges from normality (low psychoticism) to high psychoticism.

Individuals with higher psychoticism scores are more likely to engage in irresponsible or miscalculated behavior. They may also contravene accepted social norms and be motivated by a need for immediate gratification, regardless of its consequences.

Eysenck suggested that psychoticism was influenced by biological factors, and was correlated with levels of hormones such as testosterone.

According to the PEN model, high levels of traits such as psychoticism reduce a person’s responsiveness to conditioning, meaning that they do not adopt the social norms that one may learn through reward and punishment. As a result, the theory suggests that individuals may be more prone to criminal behavior as they seek to fulfill their own interests whilst violating the rules of behavior accepted by others.

The association of personality traits such as psychoticism with criminal tendencies, along with Eysenck’s emphasis of genetics affecting such traits, has led some to criticise his theory for adopting a deterministic view of behavior.

A variety of instruments are available to measure individual dimensions of the PEN model of personality. Hans and Sybil Eysenck developed the Eysenck Personality Questionnaire (EPQ) to address the traits described in the model (Eysenck and Eysenck, 1976).

The two initial dimensions of Eysenck’s theory of personality, extraversion and neuroticism, are also common to Robert McCrae and Paul Costa’s Five-Factor Model (McCrae and Costa, 1987).