How Your Speech Reveals Your Political Leanings 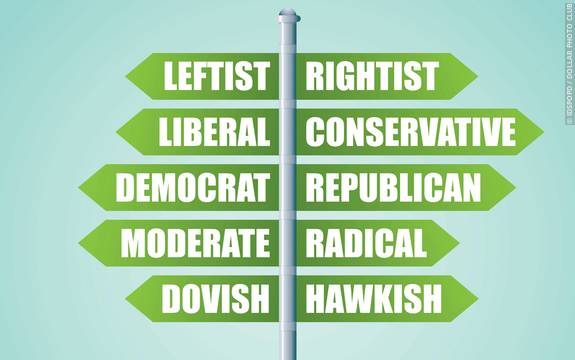 Can the way you construct sentences reveal your political philosophy? According to researchers, the way in which people use grammar in speech and in writing may be linked to their political persuasion.

Psychologists observed that people of a conservative persuasion tend to take comfort in stability, and proposed that linguistically, nouns fulfill this need for certainty to a greater extent than adjectives or verbs do.

Generally, nouns will reference a physical object (for example, a 'door' or a 'man') whose indisputable existence provides such certainty, whereas descriptions relying on adjectives or verbs are more easily contented and fluid.

At the University of Kent, Dr. Aleksandra Cichocka and her colleagues conducted a series of cross-cultural studies looking at grammar usage across three different languages - English, Arabic and Polish. They analysed language patterns including in one study, those found in the speeches of U.S. presidents, and found that a preference for nouns was supported by higher numbers of nouns in conservative presidents' oratories than in those of non-conservative politicians (Cichocka, 2016).1

For example, when describing a person, someone of a conservative persuasion might be more likely to refer to them as an incarnation of a particular characteristic, rather than referencing that characteristic as being just one attribute of that person, for example:

"Jane is a socialist" vs "Jane believes in socialism"

Such characterizations lead to a sense of continuity - Mark is 'a baker' and so will always bake, whereas 'John is conservative' leads uncertainty as to whether he will retain his political beliefs in the future.

The study by Cichocka et al is not the first to reveal differences in the way people of opposite political persuasions think and speak. In his book Moral Politics, U.S. linguist George Lakoff describes fundamental differences in the vocabulary of liberal and conservative politics, noting a "conservative lexicon" which people use to describe and understand the world around them (Lakoff, 2002).2 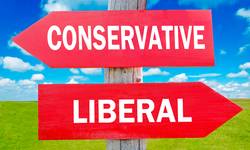 What do your language patterns reveal? Take the test

Take the psychology reading test and see what cold reading could say about you.