What stages do we go through to learn our language? 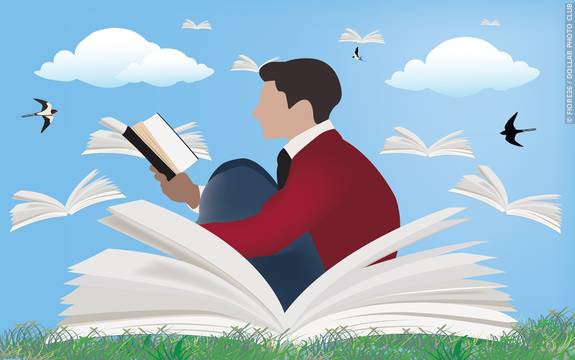 Language is acquired in specific stages of development. However, there are multiple schools of thought on the subject: some theories are very general in their depiction of the stages, whilst others are more specific.

Jean Piaget was a Swiss psychologist that was famous for his four stages of cognitive development for children. He was a huge supporter of education for children. In fact, he believed it was the only way to save the world, in the future.

The child begins to recognize different objects and people. It is best to teach children at this age with sensory expressions. A frown or a smile can be a good teaching aid. The child will also learn to tell the difference between a soft and stern voice and what they mean.

In this stage the child will learn that once you leave the room, you will return again. This means that he is aware that people and objects exist that are not in his immediate circle of vision or hearing.

This stage begins at approximately two years of age and lasts until around seven. The child begins to learn the difference between the written and spoken word. He still sees things in specific groups like colors, as opposed to what they may be. He knows they are different, but prefers to place blue things with other blue objects for example. His thinking is related to himself and he will be difficult to convince of things that are not his opinion.

After seven years, the child begins to learn more complex terms and begins to understand rational thought. He or she understands that written language is just as important as spoken language. His language learning is becoming complete. This is especially true as he enters adolescence.

These developmental stages are basic when it comes to language. They are not as separated or complex as other theories.

Noam Chomsky2 gives more credit to genetics than the learning process. According to Chomsky the child has a natural ability to understand and eventually learn language. This is also known as universal grammar.

There is also a critical period in Chomsky's theory. This is a time of life that starts at birth and extends into puberty. It is easier for them to pick up and comprehend language at this time. This means that a second or third language will be easier to learn at these ages.

There is also a feature of creativity in language. Language is designed for an infinite amount of different uses and messages. It is always changing and evolving to meet our needs. This is why children may invent words or phrases. They are unfamiliar with a certain aspect and so they "fill in the blanks" with their imagination.

Chomsky's method often comes under criticism. It is a very vague and general overview of language. And many feel that language is not something that is simply given to us.

Caroline Bowen PHD3 is a Speech Language Pathologist with a doctorate degree in clinical linguistics. She has written a great deal about linguistics and child development. In specific is her article on "Developmental Milestones for Receptive and Expressive Language Development".

At less than three months of age, a baby can recognize a familiar voice. This can be soothing and comforting to them. Between four to six months they learn the word "no" and are amused by things that make noises. As the child grows his comprehension increases a great deal.. He learns about simple games, then at one year he can point at things that he wants.

At two years of age he can understand more than one command in a sentence. As the years go by, comprehension increases in complexity.

Within a few months, the babbling becomes more coherent as vowels and syllables replace much of the babbling. Between one and two years of age, the baby can form simple sentences.

At three her vocabulary increases by leaps and bounds. It becomes easier for others to understand her speech. Between four and five years of age, she begins to become fluent in her speech.

This explanation is a complete description of child language development. It does not offer a theory as to why things happen as they do. Yet, it is very exact in its descriptions.

Language learning comes in stages and some theories are specific as others tend to be rather vague.

Piaget explained language development in four stages. The earliest stage was sensorimotor and had to do with basic functions. Since the child learns with basic motor functions at this stage, it is best to teach them in the same manner. The other three stages offer gradual increases in cognition and speech skills. The main criticism is that this method does not go into great detail with aspects of learning speech.

Chomsky's theory focuses more on innate and genetic gifts for learning to speak and comprehend language. Many people do not agree that genetics plays that large of a role.

Dr Bowman breaks language learning into speech learning and comprehension learning in her article "Developmental Milestones for Receptive and Expressive Language Development". It does not offer any explanations for the causes or reasons for the development. However, it is very detailed and exact in its aspects of child language development.

Language Acquisition
How do we learn languages? A look at theories of language acquisition with criticisms of these theories.
Erikson's Stages of Human Development
Erik Erikson's theory of the stages of human development.
Developmental Psychology
Index of articles on developmental psychology.