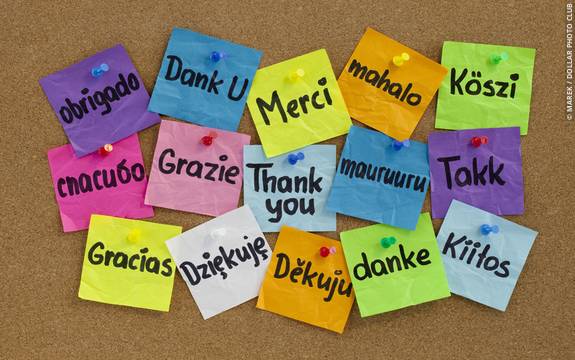 There are several theories on language acquisition. During our first years of life, the human brain develops rapidly. Many things take place as we learn to speak and understand language. In this article we will look at some of the most widely accepted theories in psycho-linguistics of how we learn languages.

The basics of this theory are that children listen to verbalized communication and repeat what they hear. However, it is more complex than that. This method has been studied by many behaviorists like Pavlov (see Conditioning), Skinner, Tolman, and Thorndike.

Edward Thorndike stated that trial and error were very important in the learning process. He also believed that learning happens in increments and it does not involve insight.

Thorndike engaged in many studies on animal behavior2. His law of effect came about from watching cats find their way out of puzzle boxes. This law stated that a response came about from its effect as punishment or reward. He believed that connections were made in the brain and they got stronger with each attempt to escape the box (Connectionism).

He also stated that the law of recency is important in learning. It states that the latest response will determine the next occurrence. Thorndike3 also believed that a law of exercise made responses stronger by repeating them. This is similar to exercising a muscle in the body.

Due to his many works with animals, Thorndike believed that all mammals learned in the same basic manner. In other words, the laws that he spoke of, governed humans as well as other warm blooded animals.

There are critics of the theory of imitation with language learning. They cite examples of children learning from adults. Often times, they will mispronounce words and use grammar that they do not hear from adults. Statements like, "My mom buyed this toy for me is an example. The parent does not use the term "buyed", in place of "bought".

Emergentism teaches that learning and using language come from some basic principles that are not language specific. Language seems to be a gift that is human specific. No other creature on the planet has the capability.

Chomsky5 believed that there was something called a separate cognitive module that made language possible and strictly a human function. The "cognitive module" theory raised some controversy in the psychological and scientific communities.

The existence of a cognitive module cannot be proven or disproven6. It is theorized to be a section of the mind where thought process takes place. It may also be seen as a separate and independent section of the mind that can be utilized at certain times for other specific reasons.

Piaget4 studies on child development and education have been very influential in the world, today. His cognitive theory of language learning, states that learning starts with adaptation. One can achieve that adaptation through assimilation and accommodation.

Assimilation is the way that a person takes in information and makes sense of it. This can include changing the information to make it fit. Accommodation and assimilation go hand in hand. When one accommodates, he or she is using assimilation to change his or her thought patterns.

Piaget also showed that classification was also important to learning language. Certain words and sounds needed to be grouped together to better understand and use them in speech.

Classification needs to be taken a step further into sets and subsets. This can lead to a better understanding and file system for the very complex structure of language.

There are those that challenged Piaget's studies. For example, Soviet psychologist Lev Vygotsky claims that Piaget did not take cultural differences in consideration with his theories on language learning. He also believed that some learning tasks were too much for a child and assistance was needed to successfully learn.

William James used the term "radical empiricism" to describe part of his philosophy. He was adamant that structures or learning were not from any type of extra-sensory or unknown sources.

There are those that are critical of empiricism. Chomsky stated that there is reason to believe that the mind is a separate structure form the brain. This may be due to its enormous complexities and untapped resources.

He described the mind as a system of sensory organs as opposed to a structure as simple as one's little finger. He believed that is may be meaningless to study the mind in relation to other parts of the body. He compared it to studying the eyes and their relation to the heart.