Introduction to the sociocultural approach and an exploration of how our culture influences the way in which we learn and think. 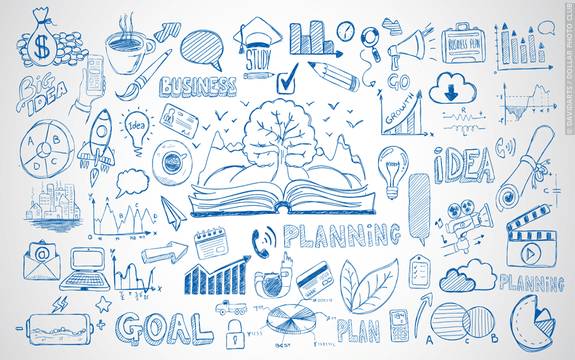 Psychology is a broad area of study with several theories and schools of thought that help us understand and make sense of human behavior. Perception, behavior, and personality are just a few aspects that psychologists study. Some psychologists choose to study abnormal behavior whilst others attempt to understand why we think the way we do and there are even those who attempt to distinguishes us as humans from other animals.

A common method of explaining what makes and defines us as individuals is the application of sociocultural approach. This approach emphasizes the influence of the society that we living on our learning process.

According to the sociocultural approach, cultural factors such as language, art, social norms and social structures can play a significant role in the development of our cognitive abilities.1

Vygotsky: father of the sociocultural approach

A pioneer of the sociocultural approach was the Soviet psychologist Lev Semyonovich Vygotsky (1896-1934), who became interested in developmental psychology and helped to change the face of the field. He proposed that interactions made by children can shape and influence both the way in which they perceive the world and their cognitive processes. The way children learn and develop varies from culture to culture and is sometimes specific to each individual society. While the resulting cognitive processes may be unique to each culture, the way in which they are handed down from generation to generation is often similar.

A central tenet of Vygotsky's studies is that children learn behavior and cognitive skills by dealing with more experienced people, such as teachers or older siblings, using one or more of these three learning methods.2

Vygotsky goes on to explain that in order for the sociocultural theory to work, you need four basic principles.

Whilst there are more than four parts central to this theory and the approach psychologists use in studying an individual, it is easy to identify the core components that function within the theory. Development of a child is contingent upon learning. As explained, learning is a crucial part of passing down culture ideas from parents to children.

By doing so, the child also acquires cognitive skills that are specific to his or her culture.

As a result, it is simple to see the second core principle; that a person's language is crucial to their mental development.

While animals may possess a form of rudimentary language, often consisting of more basic signals, it is humans' linguistic abilities that distinguishes from other animals and has helped to create a society full of art and thought. Therefore, the developmental progress of a child can not be considered without also taking into consideration the child's upbringing and social context.

If a child is reared in a creative culture, the thought process and cognitive abilities of that child will surely reflect that influence. Most interesting though, is that children are capable of creating their own knowledge through experience and cultural tools. This knowledge is then referenced later on in life.

The Zone of Proximal Development

One key element of Vygotsky's sociocultural approach is his idea of a Zone of Proximal Development. Commonly abbreviated as ZPD, the Zone of Proximal Development is a way to gauge a child's ability to learn and grow. Vygotsky believed that the ZPD was a far better way to gauge a child's intelligence than through the standard academic testing, which can often fail to account for cultural differences with regards to learning.

At the core of Vygotsky's Zone of Proximal Development, there is the area containing the cognitive abilities which we have acquired so far in life. At an earlier age, these are limited. As we travel further outwards from this core, we reach the outer reaches of the zone, which represents the potential of the human mind. This inner potential can be realized through social learning situations.

Wood, Bruner and Ross (1976) expanded on Vygotsky's theory, adding the concept of scaffolding.3 This terms refers to the activities and environment that more knowledgeable people may provide to someone younger, in order to assist their cognitive abilities. Such people may include parents, caregivers, teachers and older siblings or peers. Scaffolding may include playing games, role playing, singing (to encourage language acquisition) and other social situations where cognitive abilities may be nurtured.

In an attempt to understand cognitive processes, several psychologist have applied Vygotsky's work have began to look not only at an individual's biological makeup, but also at the culture and society which surround and inform the individual.

For many years, researchers have been attempting to explain behavior, memory, and cognition in biological terms. With Vygotsky's work as a guide, researchers are now using a dual approach to understand what makes and shapes a person's reality and identity. Researchers are taking the social background, language, beliefs, and other cultural and social influences into consideration instead of regarding the mind as nothing more than a collection of neurons and synapses.

Many studies into memory have taken onboard the sociocultural approach. A common example of how the approach works is by comparing a human's memory with that of an animal. An animal's memory as we understand it is reactionary. A mouse, for example, lives in the present and only associates an object to a memory when it sees that object. An animal's mind may be unable to unlock experiences independently of the events it is experiencing at that moment.

So, a mouse can recognize a predator when approached by one and can act accordingly, but can not recall another predator, such as a snake, if one has not been present. Language provides us with the ability to recall experiences without them having being immediately first-hand.4 An individual can see the word 'watermelon' and not only recall what a watermelon is, but how one tastes and maybe a pleasant memory of eating one.

Vygotsky pointed out in his book Thought and Language that children at an early age vocalize actions and thought processes, speaking out loud their reasoning. As children get older that vocalization is internalized and becomes 'inner speech'.5 We see children talking to themselves at early ages as they carry out mundane tasks. It is believed that they are forming recall abilities, that will then be internalized later in life. Trying to remember what one did yesterday would involve a series of prompts, starting with common events such as the commute to work. This will then lead a person to recall what was on the radio and the color of the car in front of them on their morning drive.

Language is crucial for this ability to recollect information, and is also one of the major building blocks of our cultures and societies.  It is language, many believe, that elevated humans from a primitive species to a one that would one day dominate the world.

With the sociocultural approach in mind, researchers have begun to look over the course of human history to see how language has shaped and defined entire societies.  The results are somewhat surprising, with several anthropologists claiming that our more complex emotions, such as love and loyalty, are really learned behaviors that we have come to associate with those words, and are not ingrained behavior that is hard-wired into our brains.

Sociocultural theory on a smaller scale

In order to see how the sociocultural approach can be applied, we can look at Muzafer Sheriff's infamous Robbers Cave Experiment.6 Two groups of boys formed different factions and cultures and were then brought together in conflict. Eventually, the groups of boys made peace with each other, but by studying their cognitive behavior during the early part of the experiment, one can use Vystogsky's theory to study the underlying reasons why the groups felt so antagonistic towards one another. It was, after all, ingrained in their culture.

The sociocultural approach provides researchers and psychologists with a more informed view and understanding of the motivations which cause a person to behave in a particular way. Instead of relying on biological factors alone, the approach promises to paint a more vivid picture of the human mind through a wider understanding of how we acquire cognitive abilities at an early age. In the years since English translations popularised Vygotsky's proposed Zone of Proximal Development, many psychologists have expanded upon his theory.

Introduction to attachment theory in developmental psychology, including Bowlby...