What is conditioning? What Pavlov's dogs experiment teaches us about how we learn. 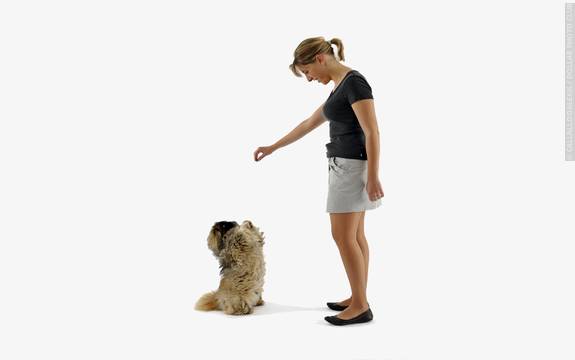 An Introduction to Classical and Operant Conditioning in Psychology

Conditioning in behavioral psychology is a theory that the reaction ("response") to an object or event ("stimulus") by a person or animal can be modified by 'learning', or conditioning. The most well-known form of this is Classical Conditioning (see below), and Skinner built on it to produce Operant Conditioning.

This mode of learning was demonstrated by the experiments of Ivan Pavlov, who decided to research conditioning after discovering during separate gastric tests that his dog subjects began to salivate not only when meat powder was presented to them, but more significantly, when the person feeding them came into proximity with them. The dogs had been inadvertently trained through classical conditioning to associate the person feeding them with the food itself, and reacted in a similar way (salivation) to the feeders. This is known as a stimulus-response (SR), when salivation becomes a responsive action to the stimulus of the person feeding the dogs:

At the start of the experiments:

By the end of the experiments, when the unconditioned stimulus and responses had been conditioned:

On discovering this associative learning on the part of the dogs, Pavlov decided to carry out further research specific to conditioning...

The most famous experiment by the physiologist related to conditioning followed this research. Commonly referred to as "Pavlov's Dogs", the experiment aimed to condition the dogs to associate the opening of a doorwith feeding time. By selecting a bell as the Unconditioned Stimulus instead of the person arriving to feed the dogs, as in his previous tests, Pavlov was providing a stimulus to which feeding was unrelated.

An extension of Classical Conditioning was devised by Edward Thorndike (1874-1949), who placed cats in a puzzle box. The incentive of a fish as food was placed outside of the box, giving the cats a reason to try to escape from the box. Initially, they had trouble escaping, and only gained freedom by knocking the latch of the box. Over time, they learnt that the undoing of the latch would enable their escape, and so the time spend being trapped in the puzzle box decreased as their knowledge of how to leave it increased.

Thorndike termed this conditioning the "Law of Effect" in 1911: a positive outcome to a situation resulted in the stamping in of a particular behavior (in the case of the puzzle box, the opening of the latch was stamped in). Conversely, if an outcome is undesirable - had the cats been punished as a result of leaving the box - the action leaving to it would be stamped out - become less frequent.

A dog receiving positive attention after fetching a stick back to its owner, learns to associate bringing the object back with favorable attention - positive reinforcement.

A rat in a cage with an electrified floor learns that by pressing a lever, the electrical shock will stop - negative reinforcement.

A cat being shouted at for scratching furniture is discouraged to repeat this - positive punishment.

A child not being allowed to watch television after misbehaving associates bad behavior with an absence of rewards - negative punishment.

Operant Conditioning
A look at operant conditioning as a process of learning, and how Skinner's box experiments demonstrated the effect of reinforcements on behavior.
Stimulus-Response Theory
How the Stimulus-Response Theory explains our behavior in psychology.
Behavioral Approach
The behavioral approach explained: Introduction to the branches of behaviorism in psychology, assumptions of the approach and an evaluation.