Traits such as extraversion and self-esteem affect status topics and post popularity on the social network, according a recent study. 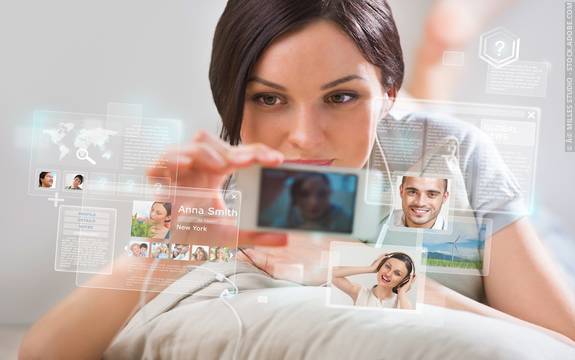 Your favorite subjects for Facebook status updates reveal more about your personality than may intend, according to psychologists. From posting a photo of yourself with your partner, to sharing your daily gym exercise routine, status topics have been found to be linked to key personality traits.

A recent study has found that Facebook users with different levels of the ‘Big Five’ personality factors, such as openness and extraversion, are likely to use Facebook to pursue different goals.

The study found that personality traits can predict the subject of status updates, and even the number of likes and comments that people with varying personality types will typically receive in response to their social media posts.

Researchers at Brunel University conducted the study, which was published in the journal Personality and Individual Differences. They invited 555 Facebook users in the U.S. to participate in the study, which involved completing an online questionnaire on their personality traits and Facebook habits. A majority (59%) of the participants were female, whilst 65% reported currently being in a relationship. 34% of respondents were parents and most participants stated that they used Facebook on a daily basis.

The study measured participants’ Big Five personality traits - openness, conscientiousness, extraversion, agreeableness and neuroticism. Other factors, including self esteem and narcissism, were also evaluated. Participants were asked to confirm their the purpose of their Facebook use and the average number of likes or comments they received in response to status updates. They were shown a list of 20 popular topics commonly written about in statuses, including:

Participants rated the frequency with which they posted statuses related to each topic on a Likert scale from ‘never’ to ‘very often’.

The study’s authors found that the topics mentioned in users’ statuses were associated with a number of personality traits. Even the response to statuses that users received from friends was correlated with one particular personality trait: narcissists tended to receive more likes and comments on their own Facebook posts, compared to those with lower narcissism scores.

The ‘Big Five’ conscientiousness trait encompasses tendencies to be organized and goal-oriented in one’s behavior. People with high levels of this personality trait are hard-working and are highly motivated to succeed in their chosen field. They care about the impact their behavior has on others, enjoy working to a schedule or rota, as well as fulfilling their personal and professional responsibilities. Low levels of conscientiousness typically reflect more a relaxed attitude to life, with less organization and more spontaneous behavior.

The researchers initially hypothesized that conscientious Facebook users would be more likely to post status updates discussing “safe” subjects - uncontroversial topics that would be unlikely to create disagreement with friends. However, the survey findings did not reflect this theory. Instead, the results indicated a link between conscientiousness and users posting more status updates relating to their children.

The study authors suggest one possible explanation for such posting behavior - that “conscientious individuals may update about their children for purposes other than communicating with their friends. Perhaps such updates reflect an indirect form of competitive parenting” (Marshall et al, 2015).

Openness is associated with an enjoyment of new and unfamiliar experiences. A person with a high openness score will often like to travel and embark on adventures. They are more open to unconventional ideas and will often have a keen interest in the arts.

The study found that people with this personality trait post more status updates relating to “intellectual topics”. They use Facebook more as a source of information - news, ideas and opinions - rather than as a way of connecting socially with other users.

“People high in openness… may write updates about current events, research, or their political views for the purpose of sharing impersonal information rather than for socializing,” the authors found.

Extraversion is one of the most discussed and researched personality traits, and is one of the ‘Big Five’ factors. The trait also features in other theories of personality, such as Hans Eysenck’s PEN model. Extraverts are sociable and outgoing, often talkative and confident when meeting new people. They often feel most comfortable when surrounded by others. People with a low level of this trait -  introverts - enjoy their own company, and thrive in smaller groups of close friends.

Researcher Tara Marshall found that people with the sociable, outgoing tendencies associated with extraversion used Facebook primarily as a communication tool, and tended to post “more frequently about social activities and everyday life”.

The survey found that participants with high levels of reported neuroticism tended to use Facebook as a means of obtaining “validation”.

Such users may post statuses on the social network as a way of receiving support from friends for their feelings and opinions when they are feeling isolated in their views.

Narcissistic users tend to show more interest in themselves compared to those around them. They are more concerned about their self-presentation and worry what others may think of them. As a result, narcissists may be considered to be vain or selfish by their peers.

Similarly to users with high levels of neuroticism, narcissists were found to use Facebook as a tool for obtaining validation and assurance from others.

Narcissists tended to post more status updates relating to their personal achievements in life. They shared details of their diets and fitness routines more regularly than other users.

The study found that narcissists reported receiving more likes and comments from friends in response to their posts. The researchers suggest that this may be due the topics that narcissists discuss in their posts being more popular than those that others share.

The study found that self-esteem played a significant role in influencing participants’ Facebook habits, affecting the topics that they posted about in status updates.

People with low self-esteem were found to use Facebook as a tool for self-expression rather than for the validation sought by users with higher levels of other personality traits. Of those participants who were  in a relationship, users with less self-esteem posted more updates featuring their partner than those with more self-esteem.

Could this behavior be explained by simply by a reluctance of people with low self-esteem to post about themselves in their social media posts? The researchers cite other research on the issue, including one study which found that such people often worry more about break-ups when in a relationship and publish relationship-related posts on days when they feel more insecure (Murray, Gomillian, Holmes and Harris, 2015; Emery et al., 2014).

“[It] is reasonable to surmise that people with low self-esteem update about their partner as a way of laying claim to their relationship when it feels threatened”, the authors explain.