How the low-ball technique is used in sales scenarios to persuade customers to purchase products, and in other situations as a compliance-gaining strategy. 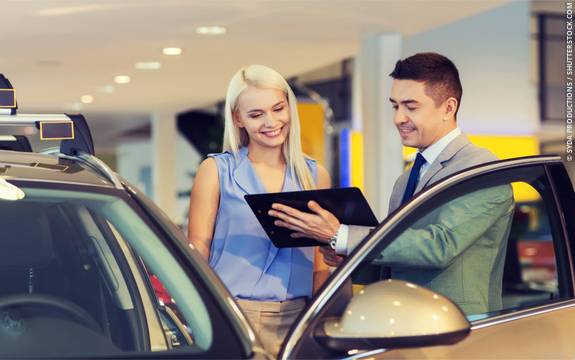 The low-ball technique is a compliance strategy which is used to persuade a person to agree to a request. A person using the technique will present an attractive offer at first. The offer will be attractive enough for the other party to it. Then, before finalising the agreement, the person will then change the offer. The resulting request will be less favorable than the initial offer. Having committed to the agreement, the other person will often feel obliged to extend their compliance to the second request.

This compliance-gaining method is often used as a sale strategy. Sellers offer a product at a lower price, which their customer agrees to, then they increase the price before they complete the sale. Having already agreed to the sale, customers reluctantly accept this higher price.

For example, a car salesman offers a shopper a car at the bargain price of $6,000, which the person agrees to. The two parties then head to an office to complete the sale. There, the salesman tells the buyer that their colleague priced the car in error. In fact, the correct price should be $7,000. The customer then agrees to complete the sale at the higher price.

In another situation, a travel agent may show a holidaymaker a package a five-star hotel deal at a low price. The traveller sees this as an attractive offer and agrees to buy it. The travel agent then tells the customer that the hotel is fully-booked. But they are in luck! The agent can book them into a three-star hotel instead for the same price. Having committed to the sale, the customer consents to this less attractive offer.

Like the foot-in-the-door and door-in-the-face techniques, low-balling is a sequential-request method. Users of sequential requests make two or more similar requests. However, they change the terms of each request, expecting their subject to agree to the final question.

The low-ball technique may seem identical to the foot-in-the-door technique. But they differ in the way that they each aim to gain compliance. Foot-in-the-door requests involve asking a person to complete a small task. Then, the person is asked to agree to a larger task, in the hope that the gradual escalation of the scale of the request will be acceptable to the subject. By contrast, the low-ball technique aims to persuade a person to commit to a small action, but this action is never completed. The subject is expected to continue their commitment as the request changes.

For the low-ball technique to be effective, the initial offer must be attractive enough (e.g. a low price) for a person to agree to. The person should give their consent to the offer and be faithfully committed to it. In a French compliance study, Guégen and Pascual (2000) found that the impression of free will affected agreement in such situations. In other words, the buyer should not feel pressured into agreeing to the sale.

Once two parties have committed to an agreement, they create a relationship between one another. The subject feels an obligation to see the action they have agreed to through to its completion .

The success of the low-ball technique has been observed beyond the realm of sales. Psychologist Robert Cialdini conducted a study in which he asked college students to take part in an experiment. Participants would be expected to arrive early, as the experiment which would take place early in the morning. Cialdini informed one group of the start time before they were asked to agree to participate. Meanwhile, he asked a second group to agree to take part in the experiment, but only told the them start time after they had agreed to take part. Cialdini obtained more compliance from the second group. His findings support the efficacy of the low-ball technique in obtaining compliance (Cialdini et al, 1978).

The low-ball technique has also been observed to be effective in charitable situations. Richard Brownstein and Richard Katzev (1985) found the technique to be more effective than the door-in-the-face method in soliciting higher donations from people (Brownstein and Katzev, 1985).

Why does low-balling work?

Why is this technique so effective at persuading people to agree to requests? As with other sequential-request compliance methods, the low-ball technique relies upon the sense of commitment that the smaller request creates. Even though the terms of the request change, the subject still feels obliged to be consistent in their behavior. They feel that they should agree to the latter request in order to fulfill their side of the bargain (Pascual, Carpenter, Guégen and Girandola, 2016).

The low-ball technique also relies on our desire for favorable self-presentation. According to this theory, people want to be viewed in a positive light by their peers. People are constantly seeking to gain or preserve this positive perception of themselves. When the terms of a request are changed, we are reluctant to be seen as fickle by refusing to continue with the deal (when in reality, the it is a different deal entirely) and consent to the new demand as a way of maintaining our ‘reputation’ with the seller (Burger and Caputo, 2015).

Compliance Strategies: Common Persuasion Techniques
What are compliance techniques and how are they used to persuade us to agree to requests?
Minority Influence
Minority influence enables individuals to change the opinions of others. We look at how it changes opinions and the factors that affect minority influence.
Foot-in-the-Door as a Persuasive Technique
How the 'foot-in-the-door' technique is used as a compliance strategy.