Norm of Reciprocity and Persuasion

The norm of reciprocity leads us to reward helpful behavior. But how is this social norm is used to influence our actions and purchasing decisions? 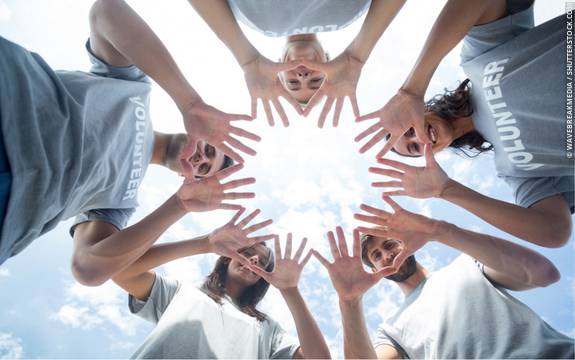 The norm of reciprocity is a social convention that compels people to return a favor when someone has helped them. It also sometimes results in people wanting to see antisocial behavior against them punished.

As this social norm is universally-recognized, we feel obliged to reciprocate acts of goodwill. We also expect others to repay our own helpful behavior. This norm of reciprocity is often used by marketers to manipulate the behavior of prospective customers. Advertisers design marketing campaigns to offer a sense that a company has helped potential customers in some some way.

People feel compelled to agree to a later request to buy a product as a way of returning the favor.

For instance, companies offer a free trial of their products - mattresses or gym equipment, for example - and offer to deliver it to customers’ homes. Companies emphasise to the customer that they can return the product after a month if they are unhappy with their order for any reason.

At the end of the trial, a customer may feel that the product does not meet their needs and want to return it. They then realise the effort that the company must go to in processing the return after the free trial. The norm of reciprocity lead them to feel reluctant to inconvenience the company. This sentiment can lead the customer to feel obliged to reciprocate the favor of the free trial by purchasing and keeping the product.

In restaurants, staff working for tips often leave a handwritten note on customers’ bills (e.g. “Thank you, [Name]”). This gives patrons a sense the staff have made that little extra effort for them. According to the norm of reprocity, customers will often reciprocate this goodwill by leaving a larger tip.

Charities also use the norm of reciprocity in soliciting donations. They send fundraising requests to previous donors, along with a free product, such as a set of stickers. As there is no way to return the free gift, donors feel obliged to repay the charities' kindness with a generous donation.

The norm of reciprocity can influence our behavior when we sense a moral obligation to return a favor. For example, when a stranger holds a door open for us, we thank them. This internal reciprocity encourages us to repay a debt not because people expect us to, but because we want to reward a particular behavior.

Social reciprocity also compels us to reward helpful gestures. For instance, Jane dislikes her office colleague, Michael. He makes drinks for all his co-workers in the office including Jane. So, when it is Jane’s turn to make drinks, she will make one for Michael. Why? Jane accepts that reciprocation is a social norm, so making drinks for everyone except Michael was not an option. If she had, her self-presentation in front of her other colleagues would have been damaged.

If people acted in pure self-interest, we would expect them to keep 100% of the money. However, in a series of experiments reported in Pro-sociality and strategic reasoning in economic decisions, researchers found that self-interest was not the only drive behind participants' behavior. 195 students participated in the experiments, and the findings were published in Frontiers in Behavioral Neuroscience. Researchers reported that only a minority (37.9%-32.3%) of these students were willing to act solely in self-interest. Instead, a majority shared money from the fund with other participants. This demonstrates a need to exhibit positive self-presentation (Arruñada et al, 2015).

From an evolutionary perspective, reciprocity helps the survival chances of a group. Animals often help out others in their own group, in the anticipation that they will, in turn, help them when needed. Gerald Wilkinson, a professor at the University of Maryland, looked at reciprocative behavior in bats. He found that vampire bats would feed their own food to other bats when they required it (Wilkinson, 1988). Co-operation amongst the members of a community can improve group survival rates. This can be particularly useful when risks such as starvation threaten a herd of animals.

In human societies, co-operative behavior helps us to further our goals. It enables people to take part in projects that they could have not completed by working in isolation.

However, the norm of reciprocity does not always result in positive behavior. Whilst we seek to repay helpful behavior, we sometimes wish to see those who act against our interests punished.

The norm of reciprocity can lead some people to go to great lengths in pursuit of revenge. Yet, the task can prove counter-productive, leading to further losses of time and energy with only a feeling of achieving justice as a reward. For example, if a woman returns home from a shopping trip to realise that a store has overcharged her by $3, she may return the next day to argue for a refund. This return trip would incur an extra cost of $8, which would leave her even further out of pocket than the overcharge did.

Using the Norm of Reciprocity

A good understanding of the norm of reciprocity can prove helpful in a range situations. It can be particularly useful when persuading people to comply with a request. Even a small gesture of goodwill towards a person can provide an incentive for them to agree to a later request.

We have already seen how the norm of reciprocity can prove useful in business and marketing. But it can be equally useful in other in areas of life. In social situations, acknowledge people, say, “Good morning” and hold doors open for people. This pro-social behavior can help nurture more positive relationships. Recipients may even feel encouraged to reciprocate the goodwill shown towards them when the other person is in need of help.

Social Influence
Why do people to conform in groups? A look at how social influence affects opinions and behavior.
Minority Influence
Minority influence enables individuals to change the opinions of others. We look at how it changes opinions and the factors that affect minority influence.
Compliance Strategies: Common Persuasion Techniques
What are compliance techniques and how are they used to persuade us to agree to requests?