Drawing Information May Increase Your Ability to Memorize It

Research suggests that drawing information can lead to it being memorized more effectively than writing it. 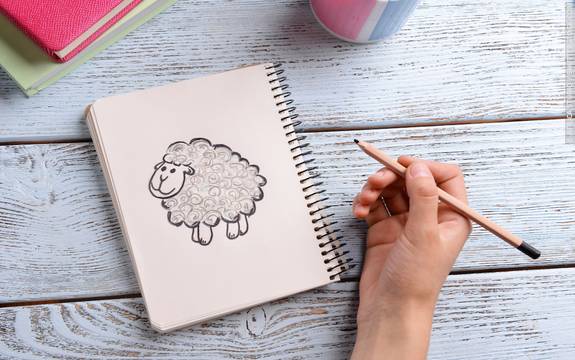 Do you experience trouble remembering birthdays, important events and other key details? Have you already forgotten what you ate for breakfast this morning? If so, practising drawing what you want to remember could help you to retain key information, according to a new study into how the mind processes new memories.

In a study published in the Quarterly Journal of Experimental Psychology, psychologists found that sketching new information resulted in it being memorized more effectively than it would have been by simply writing it down (as you might have practised if you were taught to learn “by rote” at school).

In two experiments led researchers including Jeffrey D. Wammes of the University of Waterloo’s Cognitive Neuroscience Lab, participants were encourages to either write or draw items from a word list. The results showed that they were able to recall those words that had been drawn better than those that had simply been copied down (Wammes et al, 2016).1

Why does drawing information make it more memorable?

Wammes and his colleagues acknowledged that their initial findings could be explained by accepted theories of memory which emphasise the importance of processing in memorization. Craik and Tulving’s theory that the shallow rehearsal of information, whereby a word might simply be read out, would result in it being remembered less reliably than details that have been read, absorbed, evaluated or considered in some other, deeper way. This deep rehearsal of information forms an important part of their Levels of Processing theory, which attempts to understand how we process new memories (Craik and Tulving, 1975).2

Accepting that this deep rehearsal could explain why drawing, which requires deeper consideration of a word, results in more effective memorization, Wammes et al conducted further tests to discern whether this was the sole cause of the different results in the experiments. Participants’ opportunity to rehearse drawn words for longer periods of time than was reduced, in part by asking them to draw the items more quickly. Despite these adjustments, however, the later tests still pointed to drawn words being remembered better than those which had been written (Wammes et al, 2016).1

Wammes’ research supports the findings of another study into the way in which we memorize and recall previous events.

Researchers at the University of Otago asked 5 and 6 year olds to recall an event from the previous day. Half were asked to recall the event verbally and the other half were encouraged to draw details of the event. After examining the verbal depictions of the event made by participants in both groups, the researchers found that better recall occurred amongst the group which had drawn the event, supporting the apparent advantage enjoyed by sketching whilst trying to remember information (Butler et al, 1995).3

Anyone can apply the findings of this research into memory to the way in which you remember information. Next time you want to remember something, you could try one of the following techniques:

Although research testing the effect of drawing on memory has taken place more recently, the benefits of visualizing information to remember it have been known for more than a thousand years.

In Ancient Greece and Rome, the Roman Room technique would be used to remember a sequence of items. It involved constructing an imaginary room within which each item was placed, and a person would create a story linking each object as they moved around the room. This technique uses similar methods of visualization and story development to the Memory Palace, where a list of objects are turned into a journey through the rooms a palace. A person imagines walking into each room and observing one of the items on the list, before moving onto the next.

Of course, the most effective technique to memorize information may be different depending on the type of data you need to remember. For example, some pieces of information are more challenging to draw than they are to describe in words.

To learn more memory techniques specific to different types of information, such as phone numbers, check out the Memory area of Psychologist World.

Working Memory Model
A theory on how our memory 'works' to remember things in different ways.
Multi-Store Memory Model
How does our memory function? Find out the stages of remembering.
Memory Psychology