Facial attractiveness affects visual gaze, according to a new study. 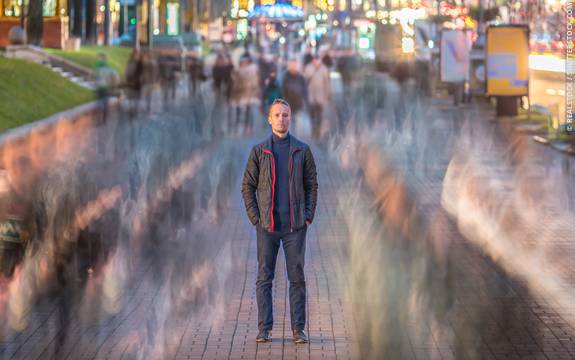 Facial attractiveness influences the amount of time you are likely to spend looking at another person, according to the findings of a new study by researchers in Austria.

A team of researchers led by Helmut Leder, a Professor of Psychology at the University of Vienna, conducted the experiment which sought to understand the effects of attractiveness on people’s focus of attention by measuring the length of time subjects spent looking at a person’s face when presented with a picture of two posing side-by-side.

In a paper entitled How Beauty Determines Gaze! Facial Attractiveness and Gaze Duration in Images of Real World Scenes, Leder describes the experiment, in which 120 people were photographed in pairs wearing plain clothes and minimal makeup, without jewelry or other distractions that may hold the attention of participants. To understand the impact of viewer-subject gender on participants’ gaze, the genders of the couples were alternated to produce 20 female-female, 20 male-male and 20 male-female photographs. In total, 60 paired photographs were taken for use in the study (Leder et al, 2016).

Forty-five male and female participants were then invited to take part in the experiment. In one block, participants looked at a screen whilst their eye movements were tracked and recorded, in order to monitor which area of the on-screen image they were focussing on. They were then shown the photographs of the pairs of people for 10-seconds, with an image of a “fixation cross” to centralize their focus between each photo. In block 2, participants viewed the photographs in a random order and were asked to rate the attractiveness of the faces on a scale of 1 to 7, from “very unattractive” to “very attractive”. In the final block, participants rated the “familiarity” of the faces.

The results of the study confirm the findings of previous, similar experiments - that participants tend to spend more time looking at the more attractive of the two faces in a given situation.

Visual appearance is an important factor in selecting a healthy mating partner for humans and many other animals. Therefore, attention is instinctively drawn to potential partners as opposed to the faces of people who are not prospective mates, with gaze also increasing the potential for reciprocative eye-contact.

Interestingly, variations in facial attraction need not be significant to affect the duration of gaze. According to Leder, “a relatively small difference in attractiveness was sufficient to enhance gaze duration in favor for the more attractive face”.

The researchers suggest another potential effect which they propose as a subject of further investigation: attractiveness not only influences how long we spend looking at a face, but a case of reverse causation may mean that the longer a person spends looking at a face, the more they find that person aesthetically attractive. In the gaze comparison situations used for Leder’s experiment, this may result in a ‘snowball effect’, whereby a person initially looks at the marginally more attractive face of two subjects, and the more time spent gazing at it, the greater the difference they may perceive in attractiveness when comparing the two faces. Leder notes that this effect has been observed in a 2003 experiment which its creators described as a gaze “cascade effect” (Shimojo et al, 2003).

Eye Contact in Line-Up Study Leads to Misidentification
People's ability to identify a face may be influenced by subjects' eye gaze direction, according to a new study.
Personality Traits Predict Users' Facebook Status Updates - Study
Traits such as extraversion and self-esteem affect status topics and post popularity on the social network, according a recent study.
Study: Blinking Could Be Key to Magic Tricks
A study reveals that split-second periods of blinking coincide with key moments of deception during magic tricks.