Study: Blinking Could Be Key to Magic Tricks

A study reveals that split-second periods of blinking coincide with key moments of deception during magic tricks. 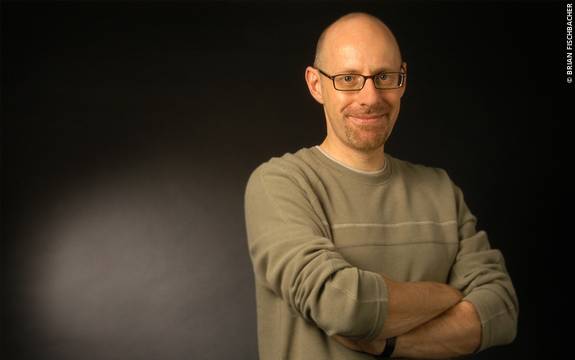 Whether it’s a “sleight of hand” card trick or an elaborate on-stage disappearing act, millions of us watch illusions wanting to believe in some form of magic. Yet, most of us will sit through a magician’s performance without noticing the trickery being enacted before our very eyes. A new study has found a possible psychological basis for this susceptibility to missing key moments of deception during magic tricks.

Following up on previous studies, which have found periodical lapses the brain’s ability to pay attention to the outside world, researchers at the University of Hertfordshire and Osaka University have reported that key acts of deception during a magician’s performance tend to coincide with these moments of distraction.

Dramatic body language, engaging body language and on-stage effects can all contribute to audiences’ distraction from significant moments of a magician’s trickery - for example, when an additional card is introduced to an existing pack from a secret location, or when a prop is subtly moved in the hope that the view will not notice.

According to psychologists Richard Wiseman and Tamami Nakano, blinking may also hinder our ability to accurately observe the actions of illusionists. The researchers published their findings in the journal PeerJ in Blink and you’ll miss it: the role of blinking in the perception of magic tricks (Wiseman and Nakano, 2016).

In the paper, they detail an experiment in which 20 adult participants were asked to watch a video of a pre-recorded magic trick being performed by Teller - one half of the U.S. magician duo, Penn and Teller.

During the trick, known as “Miser’s Dream”, Teller invites an audience member to join him on-stage and provides them with a jar to hold. He proceeds to pluck silver coins seemingly from thin air and from the volunteer’s clothes, and then drops the coins into a water tank, where they are transformed into goldfish.

The two-minute trick was performed in silence in the video, removing the possibility of verbal distractions affecting the experiment participants, whose eyelid movement were recorded as they watched the show with the use of near-infrared tracking device.

Wiseman and Nakano asked two experienced magicians to identify moments during the video when “secret actions”, which the viewers were not intended to notice, were being performed by the magician. In addition to seven such moments during the performance, the magicians also agreed that there were six “effects”, where the audience believes that a magical act has been performed when in fact they are being deceived.

The timings of participants’ blinking as they watched the video were then compared to the times at which the “secret actions” were performed by the magician. The results confirmed the researchers’ expectations, with Wiseman noting that:

“It was hypothesized that these [secret] actions would be associated with a relaxation of the participants’ attention, and that they would therefore be likely to be blinking when the actions were carried out. This hypothesis was supported.” (Wiseman and Nakano, 2016).

Viewers of the video seemed to be more inclined to blink at moments when the magician was performing his illusive acts than if they had blinked at random. This lead them to miss them and believe that the performer was conducting a truly magical performance.

Moreover, the moments during which viewers declined to blink, and instead pay full attention to the trick, were also significant:

“In addition, it was predicted that the participants would tend not to blink when the magician was performing a seemingly impossible feat”, writes Wiseman, himself a former magician and Member of the Inner Magic Circle. “Again, this hypothesis was supported as the synchronized blinks were not associated with the effect periods, despite those periods being significantly longer than the secret actions.” (Wiseman and Nakano, 2016).

Wiseman’s study is not the only research into the impact that blinking can have on our attentive abilities. He cites the work of an experiment conducted in 2000, in which participants’ blinking was also monitored. As they looked at a picture, it was changed during the split-second periods of blinking. When asked to identify the changes that had been made to the picture, many participants were unable to correctly report them, even though they had been looking at the image both before and after the changes had been made (O’Regan, Beubel, Clark and Rensink, 2000).

If the studies of Wiseman, Nakano and others reflect the attention that we pay to the outside world, it may be our imperfect ability to pay constant attention to illusions, rather than illusions themselves, that allows magicians to seemingly perform the impossible.

Miller's Magic Number
Miller (1956): How many pieces of information can you remember? Miller's Magic Number, most likely.
Facial Attractiveness Draws Longer Attention - Study
Facial attractiveness affects visual gaze, according to a new study.
Environmental Psychology
What is Environmental Psychology? Find out with this introduction of the approach, overviews of behavior settings, attention restoration theory and defensible space theory.