What causes emotional attraction? Are physical attributes the primary factors that determine attraction or is similarity more important? 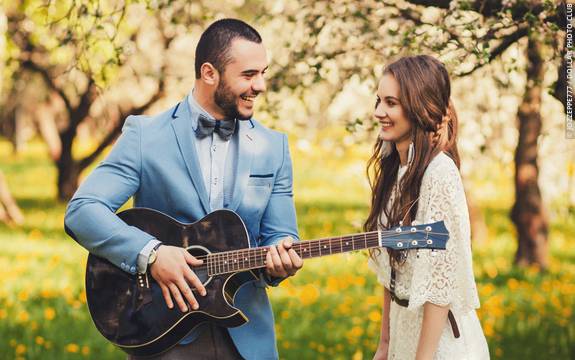 We all know how it feels to be attracted to someone - the old argument still lives on as to whether a person's looks or personality influence us more, but let's looks at what does attract people to each other.

This factor is one of the most researched elements of attraction between couples. Good looking people, charismatic or dull, have a tendency to attract people the most. But does it override other factors, such as personality, wit and wealth? Walster put this to the test:

While we can idealise about dating the most attractive person we know, the rules of mathematics dictate that this can't happen to all of us (at least at the same time). The matching hypothesis proposes that we are attracted to people who roughly similar to us in terms of aesthetics and personality. Why? Well, dating someone similar to us has two main advantages:

Does this hypothesis hold true? In 1966, Walster decided to put this to the test with a Computer Dance experiment. Walster advertised a matchmaking dance, and admitted the first 376 men and 376 women for $1 each. Four judges then assessed each attendee's attractiveness, while the people were asked to complete a questionnaire supposedly to help the organisers 'match' couples using a computer. What the questionnaire really aimed to do was to find similarities, but the people were eventually matched with dancing partners randomly, regardless of whether they were more or less physically attractive than one another. The dance was held 2 days later, with people knowing only the names of their partners. Therefore, they had only the night on which to base their impressions of their partners.

At the end of the night, partners self-assessed how attracted they felt to their partners. Those with more physically attractive acquaintances were more attracted to them, seemingly disproving the matching hypothesis.

What else do people find attractive? More on attraction

Love Emotion
An exploration of the emotion of love from a psychological perspective.
What Factors Influence Attraction?
Factors affecting attraction, and the Halo Effect.
How Love Happens: The Three Components of Relationships
Find out what makes a successful relationship.