Do Emoticons Help Us To Better Communicate Emotions?

How emoticons influence emotional communication via instant messaging and emails. 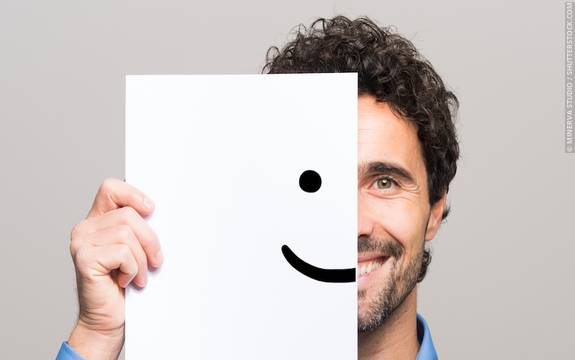 Are you feeling :-D? Or is your work making you :-(? Perhaps this post’s overzealous peppering of emoticons is starting to make you a little :@?

The rise of the internet gave birth to the method of communication we now recognize as emoticons. Text-based representations of feelings, such as :-) to express satisfaction, help to make email and instant messaging more personal, communicating graphically what people often struggle to convey with words alone.

The universality of emoticons has even led one hotel in New York to allow customers to request room service by texting emoticons detailing their order.

Yet, for all the convenience that the shorthand of emoticons provide, they can also land users in hot water. After all, the meaning that one person associates with an emoticon can be lost on - even completely different to - the reader’s understanding of it. The ambiguity of emoticons can lead to undesirable misunderstandings, particularly when two parties are not familiar with one another - for example, when cross-cultural work emails are interpreted differently.

Conversing online or through text messages has led to the loss of important elements in human communication. A face-to-face conversation involves verbal communication, whose meaning can be affected by a person’s tone of voice. Intonation, volume and the stress placed on particular words can change the recipient’s interpretation of a statement completely. Even non-verbal signals, known as body language, can alter or reinforce a person’s message. Confident gestures using the arms and hands, for example, can help to convey an assertiveness which might persuade the listener to comply with a person’s orders, whilst disinterested body language may dissuade one party from continuing a conversation with the other.

Voice modulation, intonation and the nuances of body language, which tend to convey our emotions, are lost in text messaging, where the written word is the only available medium to express ourselves. Sarcasm, for example, can be lost in emails and taken literally by the recipient, with unpredictable consequences.

Where did emoticons originate?

Graphical depictions using only text characters, known as ASCII art, have been around for many years. However, the use of the portmanteau emoticons (emotion + icons) was popularised by Scott Fahlman, a researcher at Carnegie Mellon University, who posted a message on a bulletin board on September 19th, 1982. Fahlman proposed the use of :-) to signify that a person was joking in their message, or :-( to convey their seriousness. Whilst the meaning of these emoticons had changed slightly since (now denoting happiness and sadness respectively), they have become almost universally understood, and an entire vocabulary of emoticons now exists for users to communicate with.

The development of the graphical user interfaces (GUIs), which allow the display of images, later led to image-based depictions of faces conveying similar emotions to emoticons. These emojis can be seen as ‘reactions’ - a range of options provided to Facebook users to communicate an opinion of another user’s post.

Do emoticons and emojis improve our communications?

The question of whether emoticons help users to communicate better or hinder self-expression is hotly debated and has been the subject of a number of studies. On the one hand, symbols with a universally understood meaning can help us to convey a sentiment without having to phrase it in a convoluted sentence. They also help to reduce the ambiguity of a message’s meaning among different parties, who generally understand emoticons to have identical meanings. A study of students at a secondary school and their use of emoticons suggested that they can help reinforce a message’s meaning. Researchers found that emoticons, when used in conjunction with a written message, can help to increase the “intensity” of its intended meaning (Derks et al, 2007).1

There are, however, drawbacks to conveying emotions using emoticons. A limited choice of emoticons restricts the range of emotions that we can express, and does not allow for the subtle nuances or strengths of emotion that we experience. Facebook’s ‘reactions’ feature, for example, restricts a user’s responses to one of just six emojis - a varied but incomplete representation of feelings. Both emoticons and emotions also reduce the need to develop the written skills needed to express oneself in the absence of such shorthand forms of communication.

Gender Differences in Emoticon Use

Differences between the way in which men and women express communicate are well documented, with females generally recognised as being more emotionally fluent in conversations and willing to discuss feelings than males, who often to ‘bottle up’ or hide emotions. This difference has been noted in not only face-to-face encounters but also in electronic communications. A study which monitored discourse between instant messaging users found that in general communications, female are able to express themselves more than their male counterparts (Fox, Bukatko, Hallahan and Crawford, 2007).2

In online communications, however, males and females interpret the meaning of emoticons slightly differently. A 2015 study of emoticon use amongst participants who used Facebook found that without the use of emoticons, females tended to experience jealousy as a result of online communications. However, when emoticons were present, males tended to suffer jealousy as a result of other users’ messages (Hudson, 2015).3 These contrasting findings demonstrate the need to understand the way in which the recipient will interpret a message, and to be aware that it may differ from one’s own intended meaning.

Whilst ASCII art and text-based emoticons such as :-) are easily understood if you have prior knowledge of emoticons, more obscure icons such as 8-) or :-/ are less easy to interpret for those unaccustomed to online messaging. The advent of more obvious emojis has removed the need to possess a vocabulary of emoticons in order to understand them. Even so, some have suggested that particular groups of people should not be sent emoticons in order to communicate more clearly with them. Franklin Krohn of the State University of New York in Fredonia, advises against sending emoticons to people of the Baby Boomer generation, or  older generations, in a work context (Krohn, 2004).4 As older generations embrace technology, however, we might expect the comprehension of emoticons to become more universal in the years ahead.

Listening to sad music can create 'pleasant' emotions, according to a recent...